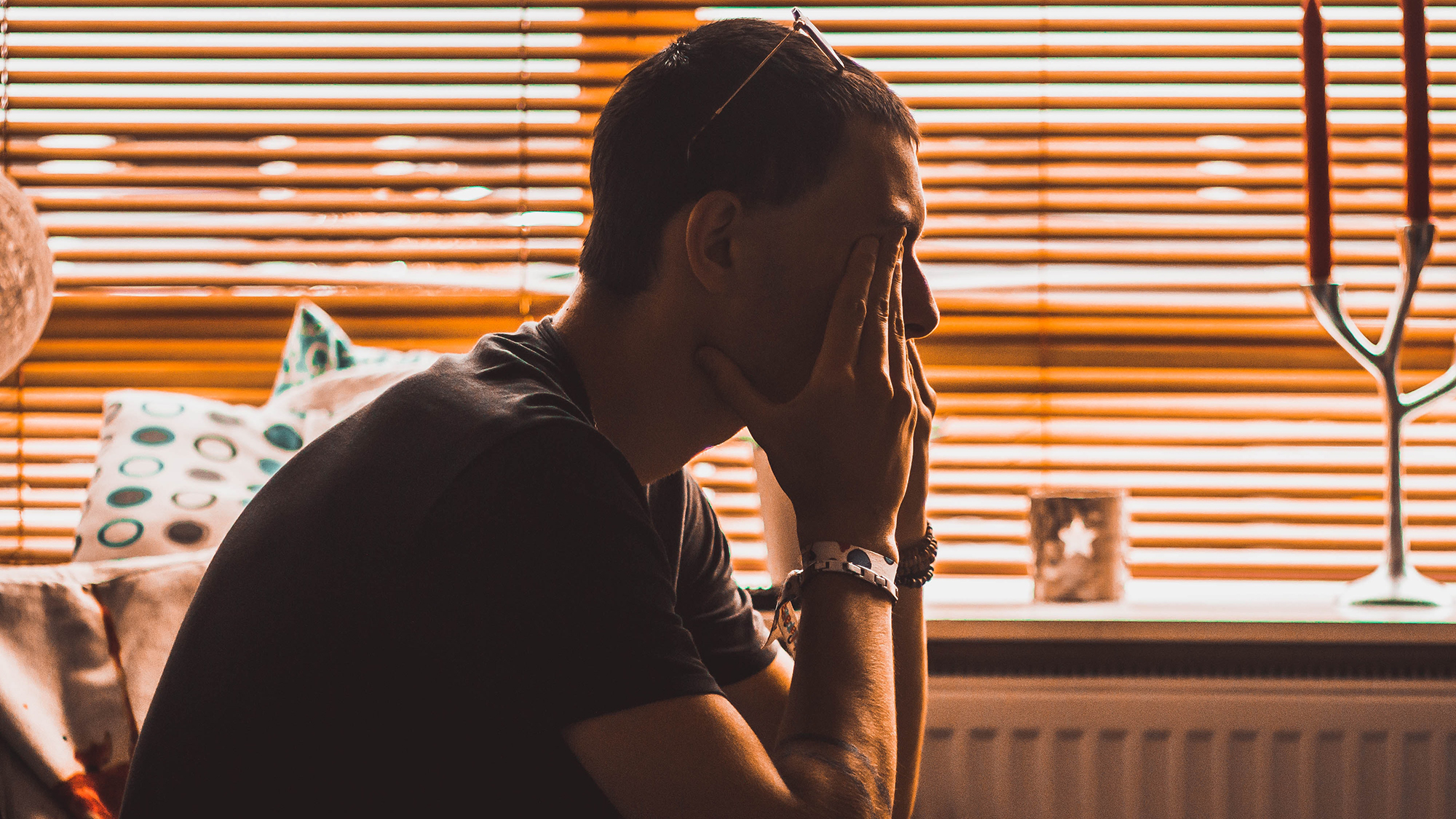 He holds powers of detention. He battles for people who cannot help themselves. He fights stigma and misunderstanding. Dr Rob Waller, Consultant Psychiatrist at St John’s Hospital, Livingston, talks to Nigel Bovey about mental illness and emotional well-being.

Dr Waller, why did you go into psychiatry?

I went into medicine because I was good at science. At medical school I became as much interested in the social interaction of medicine as the raw science. Psychiatry seemed to be a fusion of medical, psychological and social approaches.

What does your work entail?

As a consultant psychiatrist, I work as part of a team that covers about a quarter of West Lothian and includes psychologists, social workers and community nurses. I bring medical and pharmacological expertise to the team, as well as a wide experience as a medical doctor who has worked in a number of areas of the UK.

I compile reports in response to medical-legal issues and help to plan the care for complex cases, where a number of different professionals might be involved in caring for one particular patient. I see people who need hospital involvement with their mental-health problems.

As the Consultant, I am ultimately responsible for people in our care and sometimes have to make the ﬁnal decision about patients. I also have some management responsibilities in health and safety, teaching and service planning.

With surgery, it is usually obvious that someone had been helped or healed. How do you measure improvement in someone with a mental health problem?

I ask them how they are feeling – most people have insight into their condition.

I do meet people who don’t believe there is anything wrong when it is manifestly obvious to everyone else that this is not the case, but the majority of people will know that they are struggling in life, that they need to be in hospital, and that they need support or things will go awry.

I ask about the intensity of their symptoms – for example, the intensity of any voices, the strength to which they believe any delusions, the level of their depression, the pressure of suicidal ideas and their ability to resist them.

I ask whether a particular treatment has helped and whether they have further ideas as to what might help them. I’m also interested in their daily level of functioning: Are they able to get out and about? Can they dress themselves? Can they handle their ﬁnances? I also compare assessments that fellow professionals might make on a patient.

The Mental Health Act allows you to ‘section’ someone – detain them and treat them against their will. How do you feel when you have to do that?

It is intriguing that we have a Mental Health Act but not a Physical Health Act. So if, for example, someone refuses an operation or says before an operation that in the event of heart failure they don’t want to be resuscitated, provided that they have the capacity to choose, their wishes are respected.

In contrast, the Mental Health Act gives the State powers to do things to people who still have the legal capacity to choose. This can seem unjust.

Under the Scottish Mental Health Act, I have to meet ﬁve criteria. The person has to have a mental illness. They have to be at risk to themselves and/or to others. Their decision-making has to be impaired. I have to have an effective treatment plan and the use of compulsory powers is the only way forward.

On the occasions I use the powers, I believe I am helping a person – acting in their best interests – by doing so.

Often such patients will later tell me that they are glad, as being detained stopped them from doing something really stupid.

What part does guilt have in mental illness?

There are three main inﬂuences of mental health: genetics and the womb environment, things people do to us, and things we do to ourselves (sometimes foolishly and deliberately, at other times unconsciously or in response to others’ actions). We can’t change a person’s genetics, so that leaves the actions done by us or to us.

A lot of people with mental-health problems feel very guilty, and sometimes the guilt and shame is appropriate. They have done wrong. Guilt, shame, embarrassment and anxiety are normal and necessary. They are part of the way society works and they are elements of healthy emotions. It is the psychopath who never feels guilty.

There is a tendency in secular psychology to remove all talk of morality and sin, but as a Christian I believe that this aspect somehow has to remain. Not everything is sickness.

However, where the person’s mental state is the result of other people’s behaviour there is a lot of inappropriate guilt. The person may have been brought up to believe that they are a burden, worthless, good for nothing. Throughout their lives, other people have reinforced those feelings, so the person believes that’s what they are like – and they feel guilty. They have been made to feel guilty and it is inappropriate guilt.

What place does the concept of forgiveness have in mental-health therapy?

If a person has appropriate guilt then accepting appropriate forgiveness means a burden has been lifted. That’s a helpful and normal thing.

But should an abused person forgive their abuser? In some cultures that value forgiveness (such as the Church), there can be an over-zealous desire to sit parties down together. One confesses what they did, the other forgives them and the understanding is that the subject will never be talked of again. But human pain doesn’t settle that quickly.

I’d like to think that an abused person will forgive an abuser one day, but they shouldn’t do it quickly. If they say they forgive too soon, it’s probably not true forgiveness.

Forgiveness should be the goal but it takes time and we shouldn’t be unduly hard on ourselves if we can’t forgive quickly. It may not happen this side of Heaven.

When people fail to forgive they can do so in ways that are toxic to themselves – they carry bitterness or seek revenge. That’s where lack of forgiveness directly impacts mental health.

Yes, personal evil exists. In my work, I hear a lot of bad things. I see a fair bit of evil. I do think there is an evil force. The Bible says there is an evil being – Satan. I don’t have any reason to disbelieve it.

While, for example, it is statistically correct to say that most sexual abusers were sexually abused themselves, that doesn’t mean it is morally right or justiﬁable. People have a moral compass and make immoral choices.

So, a circle of abuse is not inevitable?

Let’s consider paedophilia. Many paedophiles were themselves abused as children. The vast majority of paedophiles don’t want to be paedophiles. But because of what happened to them as a child, they have very low self-esteem. They look, therefore, for situations where they can easily increase their self-esteem – where they are the powerful one – and the logical place where they can be in control is with a child.

An act of sexual power follows. But the paedophile doesn’t feel any better. They know they have done wrong. Their self-esteem is even lower. To feel better, they abuse again and so the cycle of abuse continues.

If we want to stop people abusing, not only do we have to lock them up but we also have to improve their self-esteem. Someone who has been sexually abused may have an element of permanent psychological damage to their brain – their body responds sexually to child pornographic images. They may be limited in the extent to which they can ever be free from that. Choices have consequences. Rehabilitation programmes are about explaining the wrong and increasing the offender’s self-esteem so they don’t feel the need to do those things or act because of previous damage done to them.

How different are paedophiles from the rest of us?

Paedophilia is evil and never acceptable. It also seems to strike at the heart of our society more than the sins the rest of us commit. But the Bible says sin is sin, and as a Christian, I believe we are all sinful. I also believe that God loves us all unconditionally. He does not unconditionally love a churchgoer qualitatively differently to how he unconditionally loves a paedophile.

The Bible includes occasions when people are described as having demons. Is there such a thing as demon possession?

Yes, though some would use words like inﬂuence, affliction, and so on. It has a long tradition in church history and is also categorised in psychiatry textbooks! Some people would want to relabel the biblical accounts as descriptions of schizophrenia. Psychiatry, though, says they are different conditions.

In the New Testament, Jesus meets a number of people who are demon-possessed. Sometimes, the person also has signs of possible mental illness. Often, they do not. The idea that demon-possessed people display symptoms similar to schizophrenia is based on stigma and prejudice.

Even Legion – who lived in tombs, had night terrors, self-harmed and was so strong he could not be chained down – does not have any symptoms of schizophrenia. Every day I meet people with schizophrenia and none of them looks like that.

On the other hand, I get frustrated when people want to ‘deliver’ someone whom they have decided is demon-possessed when, in fact, the person is mentally ill. It really annoys me when people with mental-health problems get a bad deal.

Is the readiness to discount demon possession part of a wider attempt to rationalise the Bible?

Sometimes it is. Sometimes it’s ignorance or wilful stigmatisation of mental illness – the idea that any abhorrent behaviour is mental illness. I try to believe fully in the supernatural life as well as in the reality of illness.

The lovely thing about Legion is that not only did Jesus cure him but he treated him with great respect. Legion went on to be a great evangelist, telling people in ten cities about what Jesus had done for him.

For more information and some articles by Dr Waller, visit the Mind and Soul website.