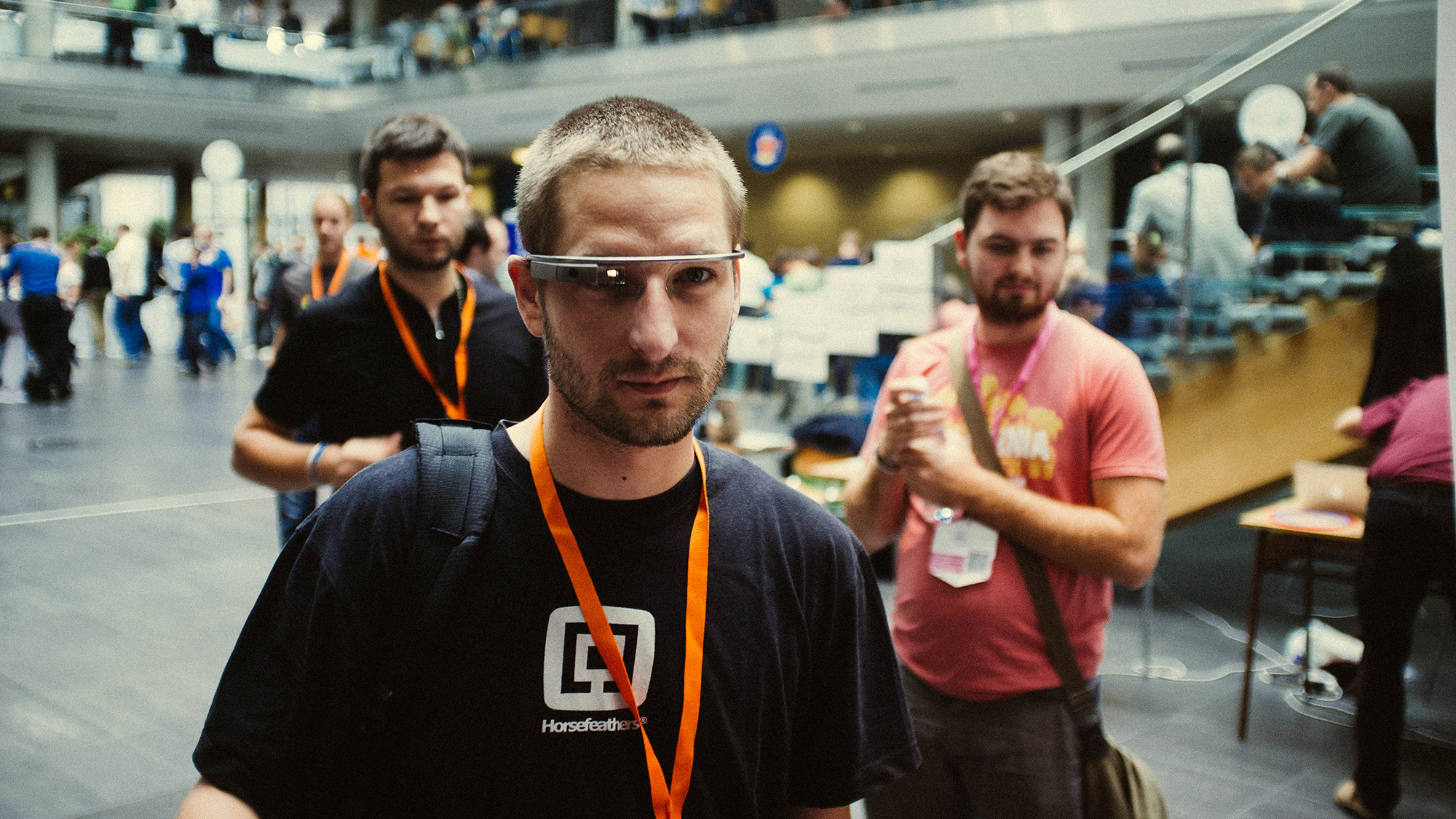 Professor Waters, what is posthumanism?

Posthumanism is a commitment to use technology to extend longevity and enhance physical and cognitive performance. To become posthuman represents the maximisation, even perfection, of latent qualities that are frustrated by the limitations imposed by the body. The goal is to overcome those perceived limitations, thereby making an individual human being better than merely being human.

Immortality is being pursued on three fronts. Biological immortality is about the genetic enhancement of the immune system, or infinite cellular regeneration, so that lifespan increases dramatically as technology wins the war against ageing and disease.

Bionic immortality allows for the replacement of body parts with longer-lasting synthetic substitutes. Nanobots will carry out surgery. Neuro-enhancers will be inserted into the brain to prevent the deterioration of – and to enhance – brain function. In principle, a bionic being could live for ever, so long as the artificial parts are properly maintained.

The most speculative approach is virtual immortality, where memory, personality and intelligence are digitised, organised and downloaded to a robotic body or collection of bodies.

The thinking is that, since the mind is ultimately what a person is, it can be codified into digital data and stored indefinitely. The body, therefore, is merely an information network carrier. If it packs up, the data can be transferred to another carrier. In this way, a person is indefinitely replicated.

For the posthumanist, death is not a natural consequence but an outrage – a tragedy – to be resisted and overcome. Consequently, technology that extends longevity should be developed. But physical immortality is different from the biblical concept of eternity.

Posthumanism is all fanciful, isn’t it?

Yes, but it’s amazing how posthumanism is capturing imagination and financial investment. It is already shaping the way we see ourselves and our desires. Humankind increasingly sees itself as a self-constructed project that turns to technology to overcome physical and mental limitations.

A lot of ideas for civilian applications are coming out of military research. In the States, Darpa – the Defence Advanced Research Projects Agency – has been looking at full-body armour systems. For an ageing population, one civilian application of this could be the development of an exoskeleton that would support a weakened body.

Over the years, combatants have been given pep pills and rum tots before battle. Are the implications of emerging technologies more serious?

In the first Iraq war, some American pilots were given high doses of the drug that fights sleeping sickness, so they could fly 72-hour sorties without diminished performance. Military thinking, though, as we see with the use of drones, is turning towards pilotless aircraft and soldierless battlefields.

A future generation of weapons will be run by artificial intelligence, because the human brain is not fast enough and the body has limitations. This suggests that, while technology doesn’t have a life of its own, we are not in control of it.

So the Six Million Dollar Man is an emerging fact?

Bionics are amazing, as is the body’s ability to respond to digital technologies. Quadriplegics, for example, can now have implants to manipulate computers and control devices. Computer games can be controlled by thought, channelled through a temporary ‘tattoo’.

In future, implants could keep humans connected to the internet. But, as neuroscientists tell us, we can’t define human beings simply in terms of a series of the ones and zeros of digital technology.

What is the difference between using new technologies and, say, applying the established understanding of optics to correct vision?

Every therapy is an enhancement. Spectacles are therapeutic devices to bring eyesight to a workable level. But that’s different from putting an implant into soldiers to enhance their night vision.

The question to ask when considering technological enhancement is: for what purpose? If technology doesn’t enhance love for God and our neighbour, then I’m not sure it has a good purpose.

But wouldn’t an implant that, for instance, cured dementia simply be an expression of the biblical notion of humankind exercising God-given stewardship of creation – a way of loving one’s neighbour?

It’s a question of motivation. For example, the use of cochlear implants to enhance hearing helps a person restore the bonds of human fellowship. But posthumanists want technology to help them avoid fellowship. For them, technology is a means to give people greater autonomy and greater power to construct a world in which they decide who is admitted and who excluded.

Theologically, what is posthumanism?

Posthumanism is largely nihilism – the notion that faith beliefs have no basis or value. It’s also a mixture of two old heresies: Pelagianism, which regards the human condition as essentially good and not needing redemption, and Manichaeism, where salvation is possible only through knowledge. It is the simultaneous loathing of the body with the false idea that it knows what perfection is.

What attracted you to the subject of theology?

I had to work out what it meant to love God with my mind. What could be more interesting than the study of God? Besides which, theology knows no boundaries – it speaks to every subject.

My father was a church minister, but when I went to university to study religion and politics, I rebelled. I stopped going to church. After a few years, I realised that something was missing from my life. Rather than actively searching for God, I became aware of a love that was pursuing me. So there was a great sense of being welcomed back.

I went on to do a Master of Divinity degree and a Doctorate of Ministry and became a campus minister. But it was not until after my ordination that I became what I call a real Christian – taking time to observe the disciplines of prayer and worship. I had a book-club subscription which I’d meant to cancel but had forgotten. This book – Resurrection and Moral Order – arrived, so I thought I’d read it anyway. I didn’t realise how thirsty I was until I started drinking.

When I finished the book, I was irritated. I knew in that moment that I’d either have to find the courage to step away from it or take Christianity seriously. For me, that included finding grace in the world wherever possible and resisting the sin of despair, even when there were good reasons to fall into it.

The Bible has much to say about the body. It describes Jesus as the Word that became flesh. What do you understand by that?

The Word is that which orders creation towards its end. The Word pervades the world. Increasingly, people want information, not narration. They look for space, not place. Yet the story of God taking on human form dispels all notions that humans are autonomous. We depend on others and on our Creator. Humankind cannot save itself. We need to allow ourselves to be embraced by God.

Is the Virgin Birth a literal or metaphorical description of the Word becoming flesh?

I do not believe that Jesus had a human father. It was a miraculous birth. The Virgin Birth is a necessary component of the Incarnation – God taking on human form.

The Bible describes a bodily resurrection of Jesus. Do you interpret that as a literal account or as an analogy?

Jesus was not resuscitated. He was resurrected. If we believe the body is important, then we should not be eager to discount a bodily resurrection. The Greeks distinguished between body (soma) and flesh (sarx). Flesh had a broader meaning than body. Flesh was often regarded as being in opposition to God, as humans live according to certain disordered desires because of the flesh. The Christian hope lies in the resurrection of the body, not flesh, and not in the immortality of the disembodied soul.

Jesus’ resurrection is the sign of what will happen to us all at the end of time. Christians don’t need to try to explain the physics. We can accept this as an extraordinary gift of God.

To what extent does Western culture worship the body beautiful?

People simultaneously love and loathe their bodies. We love our bodies because this is how we have sensual experience and interact. Yet, if we truly love our bodies, why do we spend so much money changing them?

For example, in the United States some parents buy their high-school daughter a graduation gift of breast-augmentation surgery. What kind of message does that send? We love you, but we’d love you more with a ‘better’ body. That illustrates the ambivalence of simultaneously loving and loathing the body.

To what extent are science and Christianity compatible?

I’m a biblical literalist. I read the Bible’s poetry literally as poetry and history literally as history. I don’t try to make the Bible say what it was never intended to say.

There are problems on both sides. The sin on the Christian side is to make the Bible say something that was never intended. It is not a scientific textbook. On the other hand, science is a wonderful methodology, but it is wrong to make science explain everything. It can’t. So, for example, I don’t see a conflict between the creation story and evolution.

Why do some Christians regard evolution theory as being anti-biblical?

Because they grant too much to science, as being the force that validates things. They endow science with power that science neither seeks nor should strive for.

Christians do not have to prove the existence of God in order to validate God, any more than I can scientifically validate my wife’s love. I experience and enjoy the evidence of that love and I know that it exists.

Christianity is not dependent on proving that, for example, there was a flood that engulfed the whole world. That’s not the point of the Noah story.

Some do, but they do it very badly.

Where scientists get in trouble is the notion that knowledge always leads to mastery – when science is driven not by awe and wonder at the world but by a desire to use the discovery in some way.

Scientists like to think that their work is driving technology, but it is the other way round. People come up with applications and they look to science to find the ways to make that happen. I doubt, for example, that millions of dollars were spent on mapping the human genome just so we could say: ‘Wow! Now we know how many genes we’ve got.’

Most science is done in pursuit of God-given stewardship for creation. One can be driven to a knowledge of the world out of a love of God and a strong motivation to help others.

This interview was conducted by Nigel Bovey and first appeared in The War Cry. It is reprinted with permission