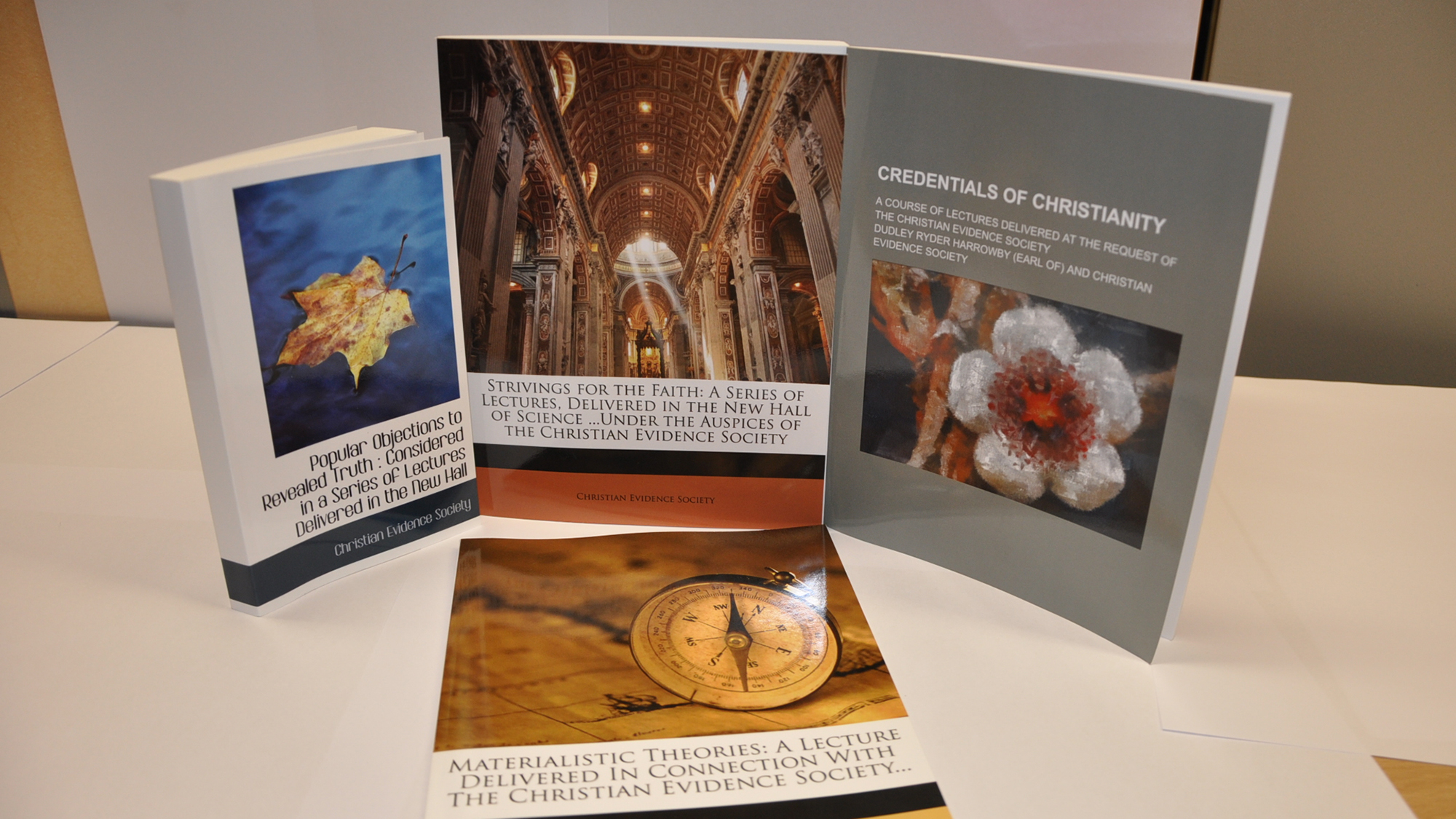 We recently discovered a number of books for sale on Amazon with our name on them – Christian Evidence Society – even though we haven’t had anything to do with them for over a century.

When we dug deeper, we found they were books we published back in the 19th century, when our society was a lot younger than now (we were founded in 1870). The books were scanned and republished a couple of years ago by some enterprising American publishers. They give a fascinating glimpse into the issues which prompted debate between Christians and sceptics over 100 years ago.

Several of the publishers have very kindly sent us copies of their new editions of these long-forgotten books.

We were fascinated to see that one book, Faith and Free Thought, published in 1880, has a preface by Samuel Wilberforce. He was the bishop who famously opposed Thomas Huxley in the 1860 debate over the theory of evolution, a year after Darwin’s Origin of Species was published. The encounter is ‘the most famous story in all the hagiography of evolution’, as the evolutionary biologist and author Stephen Jay Gould memorably described it.

In his preface, Wilberforce recommends the chapters of the book by saying…

‘The supposed collison between the Scriptures and Natural Science, is examined with an unfaltering clearness of investigation which can hardly fail to carry conviction with it. The great sore of alleged moral difficulties in the Old Testament is probed to the very quick.’

These two issues – the clash of science and religion, and the moral problems of passages in the Old Testament – remain very much alive over a century later. They play a big role in Richard Dawkins’ The God Delusion, for example, and are central to most current debates between Christians and atheists.

They also remain key issues in material which we produce now. See our Science and Ethics sections to read more.

Find three of the books on Amazon…