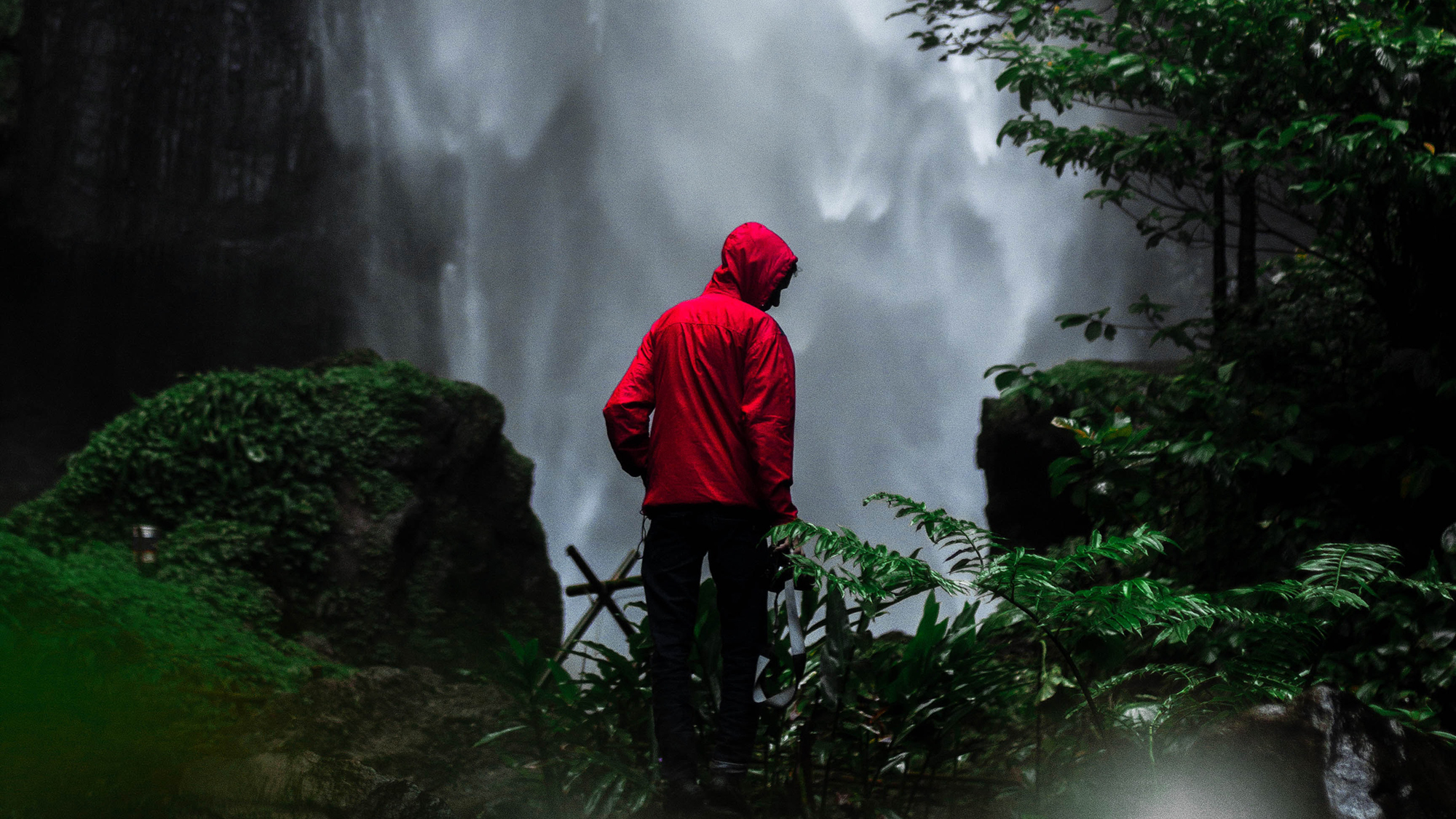 Michael Northcott, who is Professor of Ethics at the University of Edinburgh, believes that ‘until we see an environmental crisis as a people crisis, we run the risk of not seeing its scale, impact or urgency’. He talks to Nigel Bovey about the challenge facing the planet and its people, and the positive role which faith can play.

Professor, how did you become interested in the environment?

I have a longstanding interest in the relationship between Christianity and the environment. It goes back to the time when I was a missionary priest in Malaysia, where I saw enormous damage being done to the earth through habitat destruction, particularly people being made homeless.

As science is increasingly revealing, ecological destruction is not only about what we do to creatures or to land but also about what we do to our fellow human beings. The most disturbing aspect of climate change is the increase in suffering among the earth’s poorest people. Losing your home to a logging company who clear the ground to grow crops that will become biodiesel and relieve Europe’s guilt for the use of fossil fuels is a very high price to pay.

How and when did you become a priest?

I was ordained in 1981 and became an Anglican curate in Chorlton-cum-Hardy, Manchester. I was also a research assistant at Sunderland University and was involved in industrial mission, which was an attempt by the Church to meet the needs of factory life.

How did God call you to be a priest?

In keeping with the cultural ferment of the late 1960s, as a schoolboy I left Christianity and discovered atheism and existentialism. I was drawn to people such as Freud, Marx and Sartre. But when I was about 16 or 17, I had a very powerful Christian conversion. That led me to dedicate my life to the work of the Church, whereas I had previously thought that I’d go on to study economics and get a job in the City.

Before university, I spent a gap year with a Christian community in Kent. During that time, it became clear that I wanted to study theology rather than economics. I wanted to know more about God and his world and less about the way we were wrecking the world. While studying theology, I felt a call to full-time ministry.

Does your concern for the environment also go back to the hippy days of the Sixties and Seventies?

Events such as Woodstock and songs such as Joni Mitchell’s ‘Big Yellow Taxi’ and Neil Young asking us to ‘look at Mother Nature on the run’ were very formative to my generation. The message of the time was ‘make love not war’ and ‘make peace not bombs’. Part of the message was also ‘stop chopping trees down and depriving indigenous people of their land and livelihood’.

After my time in Manchester, I went to teach in a seminary in Malaysia. The trip that probably set the path for everything I have done since was when I took my wife and two young children up the Rajang river from Sibu to Borneo to visit some of my students. In Belaga, we met a flying doctor who was ministering to people in denuded areas of land. They were experiencing malnutrition in the most fertile place on earth. All the trees had been cut down and the land had been turned into oil-palm plantations.

I’ve never forgotten visiting villages and eating wild rice with locals in their timber longhouses that were naturally cooled. It was my first realisation that it was possible to live a perfectly civilised life without the trappings of industrialisation.

In the days since flower power, the world has become more aware of environmental threats. Global warming is something of a soundtrack to this generation. Does environmental awareness really make an impact?

Since 1986, the UN has intended to moderate the industrial impact on the climate. In the past 20 years, greenhouse gas emissions have dramatically increased. Sadly, although Germany and Denmark – who have 25 to 30 per cent of their energy from renewable sources – have shown leadership, the international community as a whole has not come up with a set of solutions that moderates our impact on the climate.

As Germany and Denmark are showing, it is possible to be more efficient in energy use, through property insulation, modifications to transport systems and so on.

In the past 10 years, the UK has expanded wind and solar power, but the government has announced a virtual moratorium on landbased wind farms. This is despite the fact that in October 2014 an EU report found that, when the health and pollution costs of fossil-fuelled power stations are included, wind and solar power are cheaper than coal, oil and gas. But that’s not something the government wants people to hear.

Part of the problem is that for years environmentalists haven’t made enough of the human benefits of addressing the environmental crisis. They talk about saving the planet and saving nature; they don’t talk about saving people. They haven’t convinced the public or governments that this is an urgent task that affects the human processes of agriculture and industry. In the public’s mind, the urgent issues are health, education, jobs and transport.

Cutting down a rainforest is not just about the threatening of orangutans; it is about threatening human beings. It is about God’s earth, God’s creatures and God’s people. Until we see an environmental crisis as a people crisis, we run the risk of not seeing its scale, impact or urgency.

There are also vested interests. Fossil fuel corporations have ‘reserves’, quoted on the world stock markets, that if they were burnt would raise the planet’s temperature by 6C to 8C by the end of this century. Large parts of the planet would become uninhabitable.

Governments consider the welfare of such corporations to be more important than the welfare of the world’s poor. We see this in British cities, where the government allows the selling of public housing to private developers. The result is that in one of the richest civilisations in human history, homelessness is rising. This is symptomatic of the attitude to the poor. For the past 15 years, the UK has been the only member of the G7 to have widened the inequality between rich and poor every year. That is shameful.

Is it too late to reverse the threat of rising temperatures and the human suffering they will bring?

The haves are trampling on the have-nots and the present generations are storing up trouble for future generations. Is our relationship with the environment the ultimate in human selfishness?

Short-termism is front and centre in this. The Victorians built for the long term. Victorian hospitals were built to last. (They were also funded by public subscriptions or cities, not by private developers or governments.) Many of those buildings are still in use.

We are living off Victorian infrastructure. We’re still using Victorian railways, viaducts, bridges, sewers and drains. None of these things were built by private companies or by governments.

It appears that today we have a political class that is more interested in the short-term benefits of their policies to the rich circle in which they live.

I don’t think it is only selfishness. Not many people would deliberately choose to hand on a degraded planet to their children; rather they are understandably more focused on whether they have a job and whether they can pay their energy bills.

Having said that, the religion that keeps people under is consumerism. Consumerism does encourage a kind of selfishness. Is it a case that everybody wants the comforts, but nobody wants to pay the cost?

It needs someone with the political will and vision to think beyond the short term. For instance, the UK has the oldest housing stock in the world. Refurbishing the country’s infrastructure so that buildings didn’t need to be heated would create thousands of jobs. There’s a type of plasterboard, for example, that has the insulating qualities of six inches of foam. If every roof in the country had solar panels, there would be a massive reduction of our need for fossil-fuel-generated electricity.

Is there a distinctive Christian approach to the environment?

Christians believe that, in Jesus, God was born as a poor refugee not even in a house but in a borrowed stable. Right from the beginning of his ministry, Jesus taught that his message was not for the wealthy or the elite but for the poor, the sick and the homeless.

Old Testament prophets link the authorities’ failure to connect with the poor to environmental failure. Time and again they decry that, despite Moses having decreed that the land should be allotted family by family according to need, what actually happens is that, after the allotment, the wealthy start to buy up the land of the less well-off.

The prophets see this selfish attitude as a reason why Israel is invaded, defeated and exiled. They also link the actions of the rich to the increased infertility of the land, streams drying up and animals being unable to survive.

What does the Bible mean when it says that humans are made in the image of God?

The context is that Adam is God’s viceregent or representative on earth to care for it, improve and make it more fertile. Elsewhere in the ancient world, kings were said to have the image of God. It is only the Hebrew story that attributes the image of God to a peasant. It is democratic.

When the Bible talks about God giving humankind ‘dominion’ over the earth, what does it mean?

In my view, ‘dominion’ is a mistranslation. The text means something more like ‘government’, ‘management’ or ‘care’. Genesis goes on to say that it is the duty of Adam to tend and care for the soil and the creatures of the earth.

One also has to read the text in the context in which it arose, which was in the midst of the first agricultural civilisation. According to scientists, people in the Jordanian hills were the first to transit their diet from gathered plants and animals to primarily grown plants and domesticated animals.

Canaan is, therefore, a paradigmatic place not just for religious reasons but also for scientific and technological reasons. This is where humans first learnt to ‘dominate’ nature. They first learnt to select some plants and not others.

To me, this section of Genesis is a warning: you have power but there ought to be restraints on that power. The one tree that Adam was not allowed to touch speaks about the need for restraint. Adam’s refusal to restrain himself is seen by Bible writers as the reason why human beings were ultimately exiled from the Garden of Eden and later from Canaan.

If we continue refusing to restrain the power that we have been given, we risk being exiled from the planet.