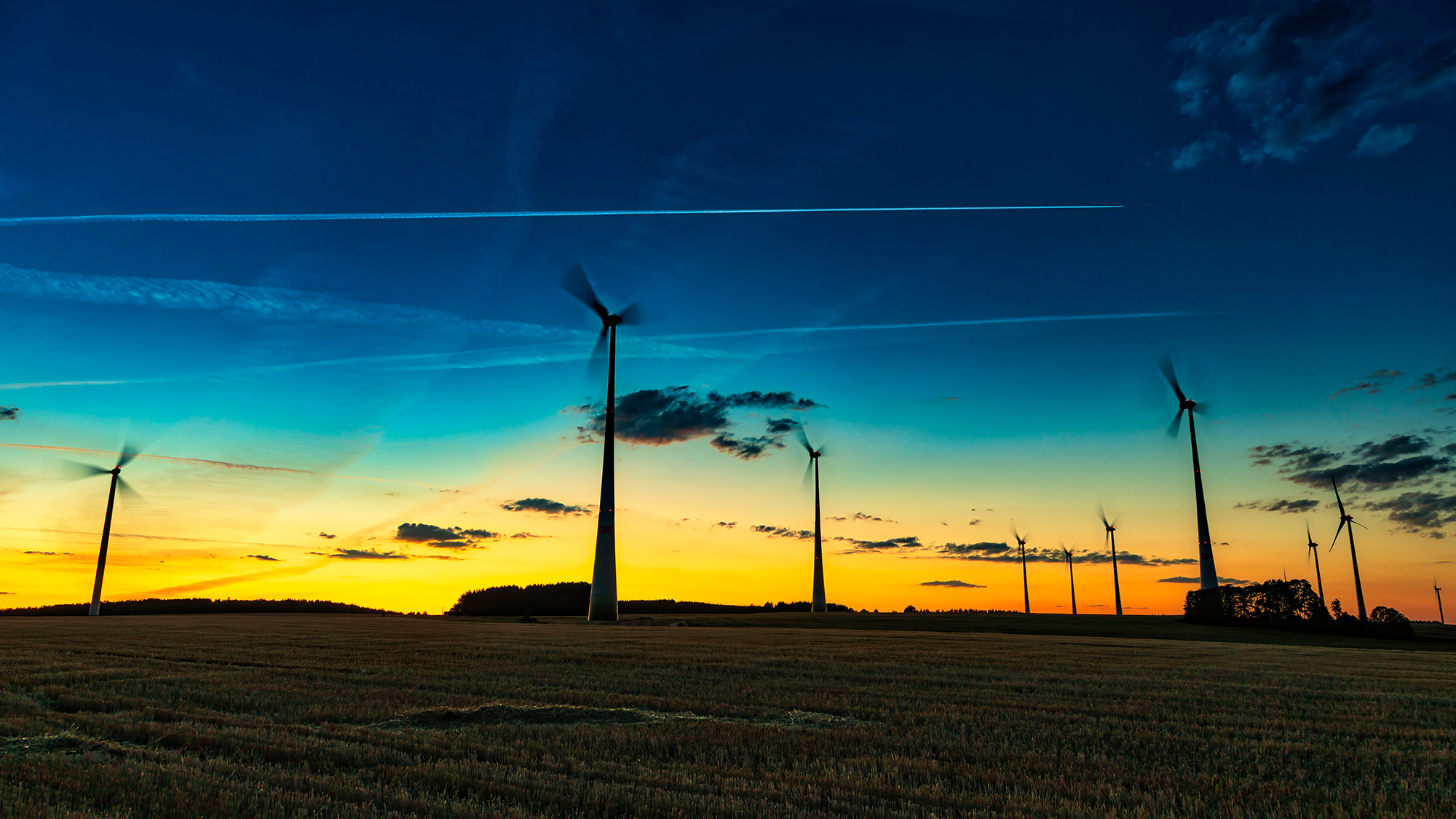 Sir Brian, what are your professional responsibilities?

I’ve just finished a project on whether GM crops can help to feed the world. We have been focusing on Ghana, Nigeria, Tanzania and Uganda.

Africa is one of the worst continents in terms of sustainable development and food security. The project examined the possibility of using genetically modified crops or at least using the advanced technologies that are available in plant breeding.

Although I am a scientist, the focus was on implementation rather than science. The science is pretty well established. The question is how we use it to help smallholding farmers in Africa. Some 70 per cent of farms in Africa are smallholdings and 60 per cent of their farmers are women. Technology can safely boost production. The big challenge is how to get information about it to those who need it, and then encourage them to use it.

Western companies have been accused of killing African babies by promoting bottle-feeding with their products rather than breast-feeding. Is there a resistance to technology such as drought-resistant rice because it is seen to be a solution imposed by the West?

Part of our project was to see where farmers get their information about new plant varieties. We found that Africa takes its lead from Europe. Only four African countries grow GM crops commercially – South Africa, Egypt, Sudan and Burkina Faso. The growing of GM cotton in Burkina Faso has been transformative.

Generally, African countries are very suspicious about GM crops, because they see that the Europeans have not adopted it. As a result of their colonial past, they assume that we think there must be something wrong with GM.

You have just started another project, the Smart Village Entrepreneurship. What is that about?

Some 1.2 billion people in developing countries live in remote communities that are off the grid. We are looking at alternative ways – using renewable technologies – to get electricity into such villages. We are also considering what its impact on education, food security, environment and social democracy would be.

People don’t usually think about off-grid villages. Conventional connection is too expensive but China, for example, is now producing solar panels at such a cheap rate and in such vast quantities that there is an opportunity to look at the possibility of getting renewable energy into such villages.

In countries such as Tanzania there’s an explosion of mobile phone use but not the facility to charge them. I have seen one guy in a village shop charging 200 mobiles off a single solar panel.

As a young man, what made you want to become a scientist?

At 16, I had completed A levels and was becoming bored with school, so I left. I thought I might go into agriculture, so went to work on a farm. Two years later, I found myself at the University of Nottingham, studying agricultural science. My father was a scientist and was manager of a Derbyshire textile factory. I think his interest in science sparked mine. Increasingly, I became more interested in science itself.

I was always interested in the practical applications of science. My original discipline was animal physiology. I gradually moved towards biotechnology.

A lot of my scientific career has been spent in endocrine physiology, looking at the fundamental aspects of reproductive biology. My particular interest was in how hormones regulate various physiological processes, specifically how they influence the regulation of reproductive cycles and fertility. My research centred on two questions: how to increase fertility in livestock and how to introduce mechanisms that could control human population growth.

Your science came from your father. Where did your faith come from?

I grew up in a Christian family, but it was only when I went to university that I started to think seriously about Christianity. During that time, I was challenged to work out what it meant to me.

It was at that stage that I started to explore the questions surrounding Christ. Who is he? What is he pointing to? What is the hope for the future? It wasn’t an immediate change or emotional response, but over a period of study, thought and prayer, I made a commitment to Christ.

What convinced you that Jesus is who he says he is?

Reading the Gospels, studying his teaching and deeds, and taking a journey of discovery. The miracles surrounding Jesus made sense, hung together and were persuasive. That was the beginning of a commitment I still enjoy 60 years later.

The Bible says that God gave humankind ‘dominion’ over the earth. What does that mean?

I’m not a theologian, but my understanding is that the Hebrew word for ‘dominion’ is more akin to ‘stewardship’. The biblical emphasis is on humankind being responsible for looking after the world rather than exploiting it.

Does Christianity offer a distinctive view on the environment?

I’m not sure it has a distinctive view, but it offers a challenging one: it is that, as well as being co-creators, we should regard ourselves as stewards – care-takers – of the world.

What are the biggest challenges facing science?

There are three. They are a perfect storm – population growth, environmental sustainability and climate change.

World population is likely to grow by two to three billion by 2050 to reach 10 billion. One in six people is going hungry. How, then, are we going to produce enough food for another three billion people on top of that? Technology is not the complete answer, but what part can it play?

The huge challenge with climate change is that there are big differences according to which part of the world you live in. In a developed, industrialised country, it’s very difficult to persuade people to control the emissions that exacerbate climate change.

Asking a developing country to cut emissions is likely to be greeted with: ‘You created the problem in the developed world, why should we bother? Why shouldn’t we enjoy the benefits that you experience in your society?’ Because of the impact that we’ve had on the environment since the beginning of industrialisation, the West does have a huge burden of responsibility.

Linked with these areas is the challenge of environmental sustainability. The heart of this is attitudinal. Do we see ourselves as people who have been given the environment to exploit to our advantage by increasing our population as much as possible, or do we feel we have a responsibility of stewardship? Are we here to look after the planet, enjoy it and hand on to our children and grandchildren an environment that will be beneficial, helpful and enjoyable?

You say the West has a burden of responsibility. What gives the West the moral right to tell developing countries to curtail harmful emissions?

The great danger is that the West is seen to be paternalistic and colonial in its approach. It should be about dialogue, because the West has much to learn from the experiences of developing countries. The West can provide information that will help countries that are industrialising not to make the same mistakes. Technology can also help. Instead of building traditional fossil-fuelled power stations, why not think about building power stations with the facility to clean up or recycle the emissions?

Climate change and environmental sustainability are global challenges. In the UK we are encouraged to recycle. Does the weekly recycling of paper and plastic really make a difference or is it a token gesture?

It is critically important, particularly with plastics. Since the 1960s, the plastics industry has expanded. We are seeing huge accumulations of plastic in the oceans. In the Pacific, there are two gyre, or ocean vortices, that are effectively massive plastic rubbish dumps.

I have done some work with plastics. We need to put pressure on the industry to develop more biologically friendly plastics that will readily degrade. The industry says it has already done so. But the problem we have with those plastics is that when they degrade they become a horrible mush that gums up the drainage system.

Burning discarded plastic in power stations is not an answer, because that would add to harmful emissions. We need new kinds of plastic, such as a plastic developed from plants that can degrade safely.

Supporters promote GM as a harvest-boosting technology that can help rectify the balance. Opponents attack it as a dangerous ‘Frankenfood’. Is there a battle of perception to be won?

In some ways, the companies who have developed GM started with the wrong target. They chose to make plants resistant to herbicides. Yet they were the same companies who were selling the herbicides, so the public was immediately suspicious. Had the first news about GM crops been about drought-resistance, there would have been a very different public response.

There is deep resistance to GM in Europe, particularly in Germany. Twenty years ago, I was part of a European group set up by the Commission’s President to consider the ethical issues of biotechnology. There were also representatives of Germany’s Green Party. They had a visceral reaction to the idea of GM crops. We discovered that their attitude was coloured by the fact that the Third Reich carried out genetic experiments on people. Such fear contributes to European attitudes that are not shared to the same extent in other parts of the world.

On a less emotive level, some people don’t like the idea of GM crops because it is ‘unnatural’ – scientists are tinkering with nature. Are scientists playing God?

Let’s stay with plant-breeders. Agriculture started some 10,000 years ago. Ever since, people have carried out experiments to improve crop production. For example, through plantbreeding we have moved from primitive grasses to crops such as wheat that can return eight to 10 tonnes per acre.

In the late 1700s, economist Thomas Malthus predicted that the world’s population would grow to such an extent that it would not be able to feed itself. He was wrong. Plantbreeders have shown that it is possible to keep up with population growth. In that sense, they were playing God. They were manipulating the very genetic base of plant-breeding to our advantage. Because of them, we are here today.

I do not regard scientists as people who play at being God. Scientists are invited to be co-creators or co-workers with God.

So scientists play with God?

From a Christian perspective, I think that God has endowed humankind with abilities that can be used to the benefit of everybody.