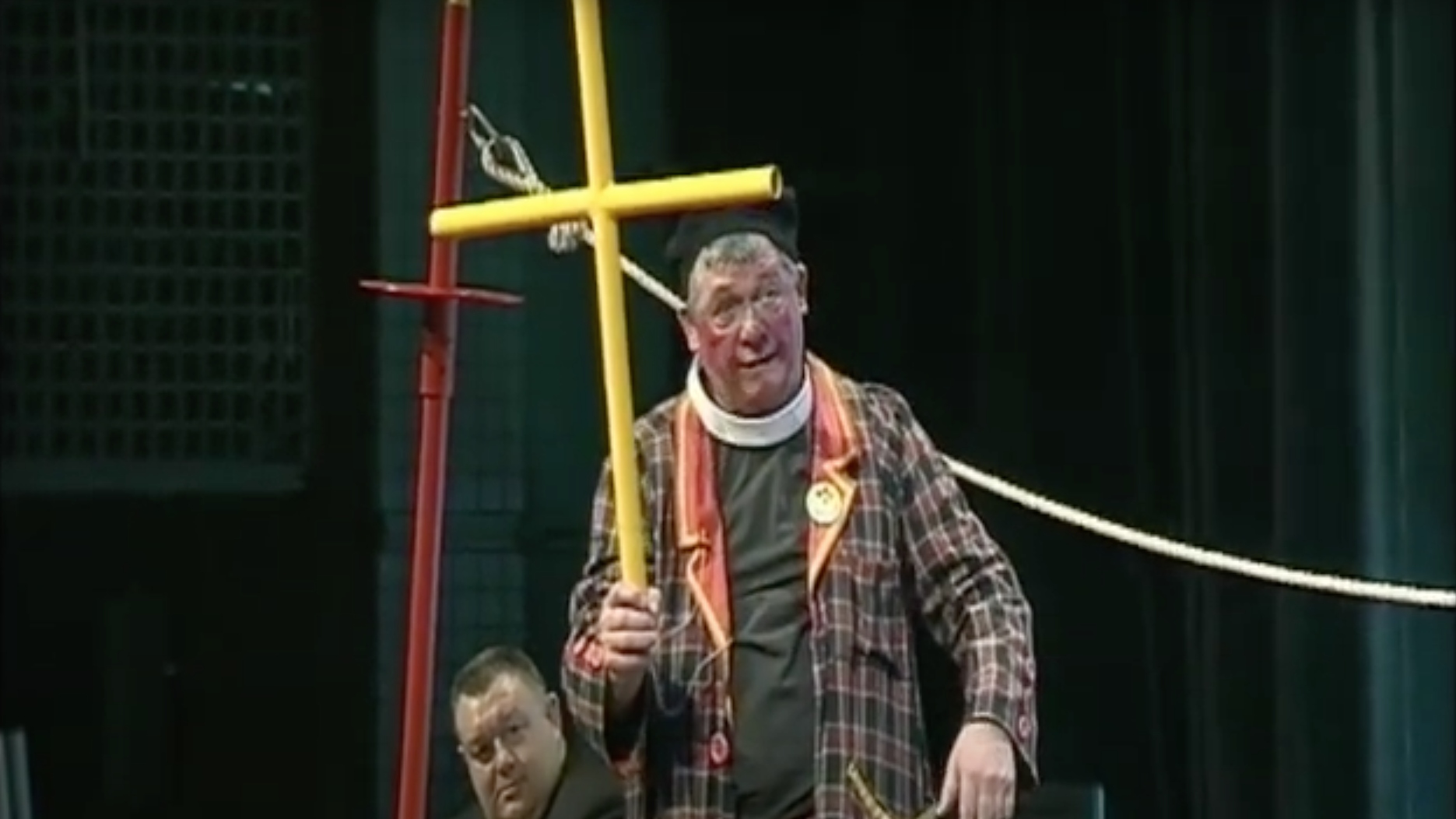 Roly Bain, a Church of England priest who was also a professional clown, died last week at the age of 62. He began his full time clown ministry in 1990 when he resigned as vicar of a church in Tooting and began his training at a circus school in Bristol. In his 26 years as a clown-priest, he took his act to schools, prisons, hospitals and cathedrals.

Christian Evidence supported his ministry for many years, which enabled us to see how much he was appreciated, especially in his prisons work. One prison chaplain said of his visit in 2007: ‘It was the first time any of our lads had experienced anything like this, and the way he expressed the gospel through clowning has made an outstanding impression on the prisoners who came.’

Roly Bain came from a colourful, artistic family, and his father was the biographer of Joseph Grimaldi, the English clown and pantomime artist. When Roly read the autobiography of Coco the Clown at the age of eight, he wrote in his school book that he wanted to be a clown in Bertram Mills Circus, make people happy, visit hospitals and do it for nothing.

Revd Patrick Forbes, who co-founded the Holy Fools network of Christian entertainers with Roly Bain in 1982, said in an interview with Premier Radio: ‘There was a time when the idea of a lowly priest hurling a custard pie at a bishop in the Anglican Church would have been impossible to imagine. It’s possible for senior people to take themselves far too solemnly. Roly went to work on that with great success and the bishops, bless their hearts, took it in very good humour.’ In his time, Roly planted a custard pie in the faces of no less than 10 bishops.

Roly Bain won two awards from Clowns International, including Clown of the Year in 1994. After a year’s battle with cancer, he died on 11 August 2016.