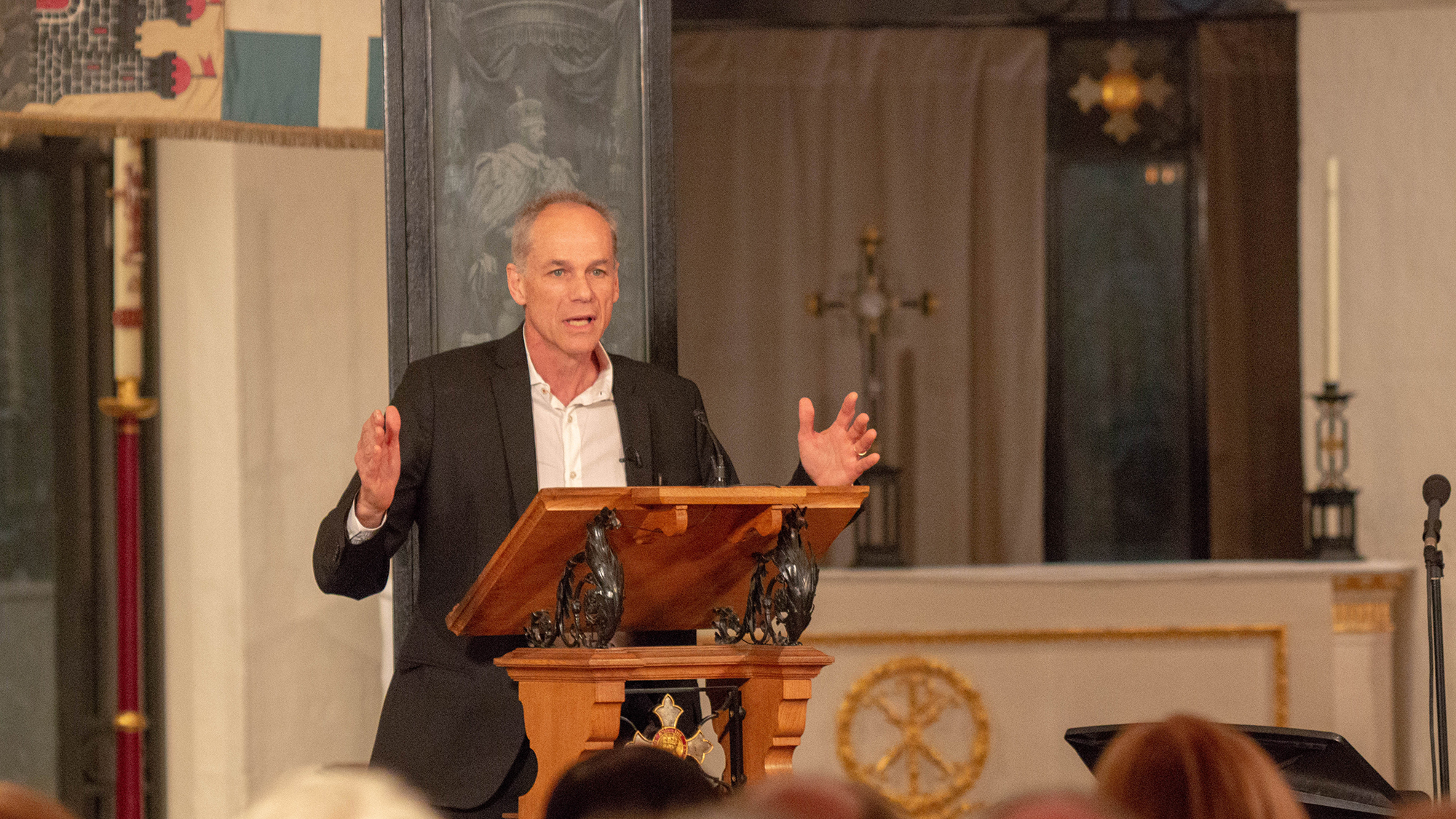 On 22 May 2018, around 100 people gathered in the crypt of St Paul’s Cathedral for a unique lecture in the heart of the capital. The Drawbridge Lecture has been running since the 1930s, and has featured Christian leaders and thinkers such as Archbishop Desmond Tutu, the Russian dissident poet of the Cold War era, Irina Ratushinskaya, and Professor Alister McGrath. But the 2018 lecture was different.

So often, the science and religion debates are hijacked by those with the loudest voices – the militant atheists, the creationists and the controversialists. But the Christian Evidence Society decided to put on an event to help the scene evolve and become more representative of what many people know: that science and religion have always had much in common, and have much to gain from engaging with one another.

The lecture was delivered by Marcelo Gleiser, who flew in from Dartmouth College, New Hampshire, where he is a professor of cosmology and natural philosophy. He has published many books and articles on science, and now is also the director of a centre dedicated to the cross disciplinary engagement of science and culture.

His lecture was called ‘Unknowns in Heaven and Earth’, and focused on his concept of science as a human endeavour, exploring the unknowns of the universe. He sees science as a human project of exploration, rather than a method by which a grand unified theory will eventually be discovered. He told the audience that in all likelihood we will never get to the bottom of some of the mysteries of the universe, not because we don’t know enough, but because they are by definition unknowable. For example, the speed of light produces limits on what humans will ever know, and science should be limited in its function to pronounce on ethics and other more subtle facets of human life.

The Revd Andrew Pinsent of the Ian Ramsey Centre for Science and Religion, at the University of Oxford responded to Professor Gleiser. It was notable that there was far more they agreed about than disputed. And a conversation followed, prompted by questions from the audience, in which these two greats in their field often responded in unison, and sought channels of communication where there was diversity.

Dr Gillian Straine, a trustee of the Christian Evidence Society, and the organiser of the event, says, ‘The energy, excitement and commitment in the room was palpable, with a sense of bringing together the best of science with the best of theology to see whether we can evolve the science and religion debates in this country. What I wasn’t expecting was the sense of importance and urgency Professor Gleiser and Dr Pinsent gave this task. I came away understanding better how we must work together, and do so urgently, to understand and care for our planet in a time of ever growing complexity.’

As an agnostic, Marcelo Gleiser has a different spiritual and philosophical outlook from many people of faith. However, Andrew Pinsent ably showed the evidence that Christianity is a faith that can confidently enter into debate with science, and together explore what it means to be human on the edges of the knowledge we have about the physical universe.

Revd Canon Edward Carter, Chair of the Christian Evidence Society, says, ‘Over the years we’ve had many distinguished speakers giving the Drawbridge Lecture, and Marcello Gleiser was right up there with them all. He gave us a thoughtful and intelligent take on the Christian faith from a serious scientist’s perspective, and I’m delighted we’ll be making a video of his lecture available. I’d recommend him to anyone grappling with faith, and I personally found what he said very encouraging and helpful.’