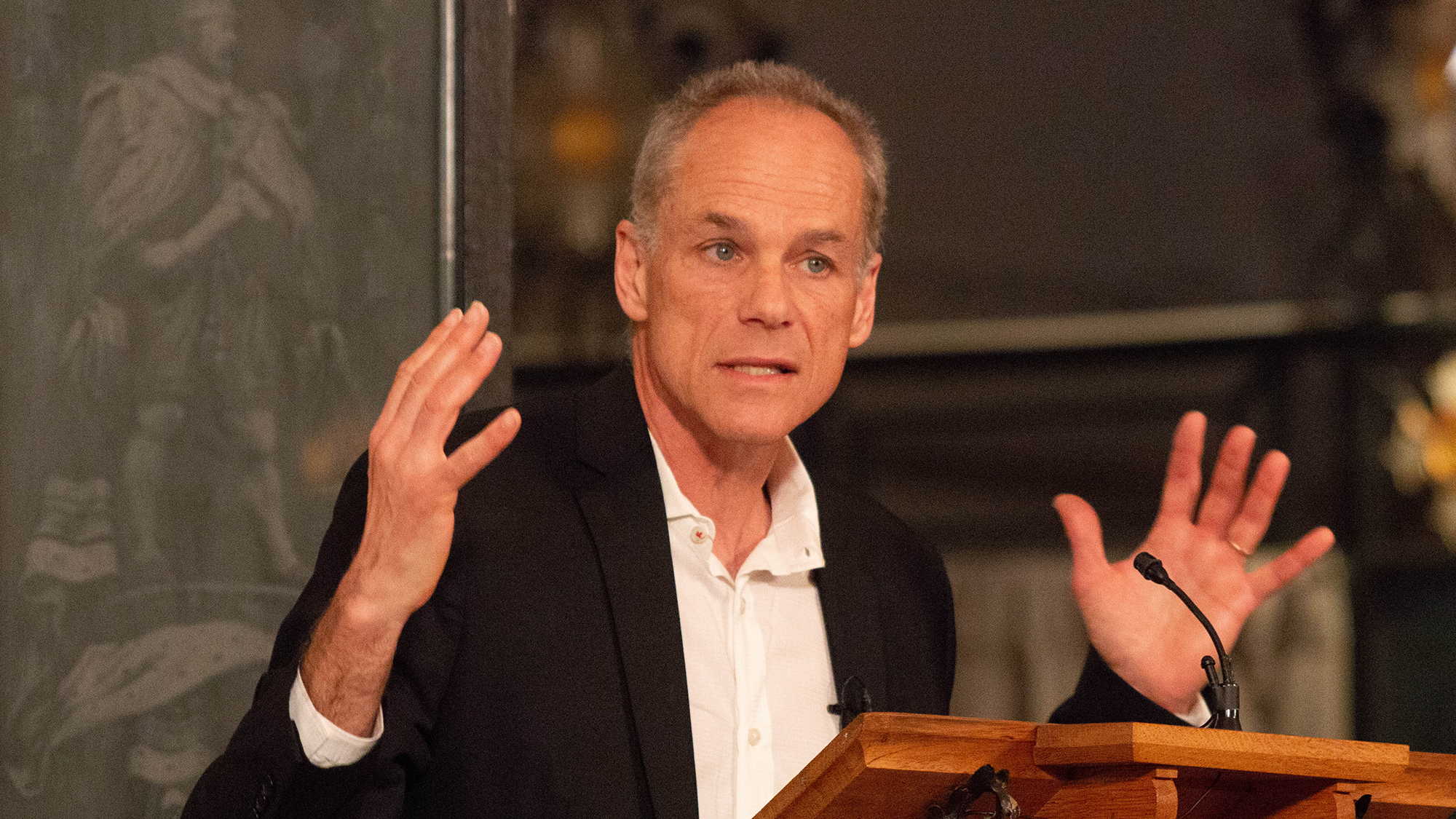 The Drawbridge Lecture 2018, delivered by Marcelo Gleiser, Professor of Physics and Astronomy at Dartmouth College, is now available as an online video. See the video below for the complete lecture, followed by discussion and audience questions.

The lecture, ‘Unknowns in Heaven and Earth’, focused on Professor Gleiser’s concept of science as a deeply human endeavour, exploring the unknowns of the universe. He sees science as a human project of exploration, rather than a method by which a grand unified theory will eventually be discovered. He told the audience that in all likelihood we will never get to the bottom of some of the mysteries of the universe, not because we don’t know enough, but because they are by definition unknowable.

Quoting Einstein and Heisenberg, he said that the study of the universe should fill us with humility: ‘Heisenberg said that what we see of nature is not nature itself, but nature under our methods of questioning. We humans ask questions about nature which are very human-like, and so they are not final questions. They are imperfect questions, they are fallible questions, they are things we construct to make sense of the world in the best possible way.’

The Revd Andrew Pinsent, Director of the Ian Ramsey Centre for Science and Religion at Oxford University, responded to Professor Gleiser. It was notable that there was far more they agreed about than disputed. And a conversation followed, prompted by questions from the audience.

In books such as The Island of Knowledge (2014) and A Tear at the Edge of Creation (2010), Marcelo Gleiser has argued for a positive view of the relationship between science and the humanities, including religion, philosophy and the arts.