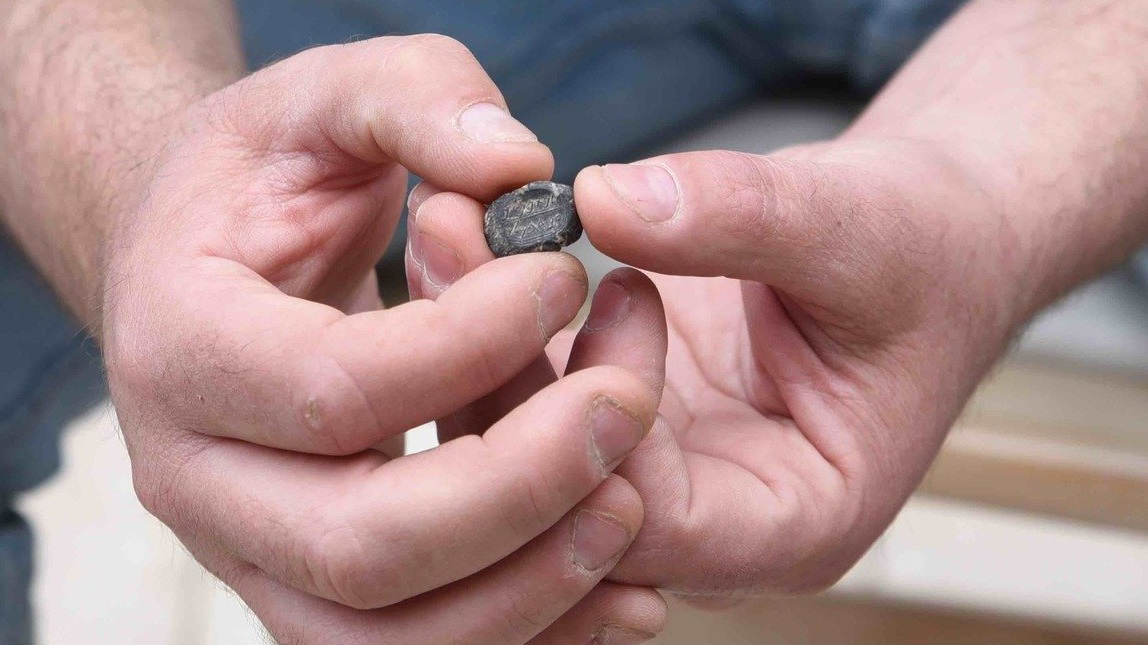 A tiny clay seal discovered beneath a former car park in the centre of Jerusalem may be linked to a name found in the Bible’s book of Kings, according to the archaeologists who found it. The seal was found in the ashes of a house which burned down in 586 BC, when the army of King Nebuchadnezzar of Babylon conquered Jerusalem and razed the city to the ground. Stamped onto the clay seal are the words: ‘Belonging to Nathan-Melech, servant of the king’.

According to a report in the New York Times, the Israeli archaeologist Yuval Gadot found the discovery very emotional, saying, ’When you find something like this it’s very exciting. It gives flesh and bones to things that are very distant stories.’

The distinctive name Nathan-Melech is found in the story of an Old Testament king of Judah, King Josiah. Josiah was a religious reformer who removed the symbols of pagan worship from Jerusalem, as described in this verse: ‘He removed from the entrance to the temple of the Lord the horses that the kings of Judah had dedicated to the sun. They were in the court near the room of an official named Nathan-Melek. Josiah then burned the chariots dedicated to the sun’ (2 Kings 23:11)

Although it is not possible to be 100 per cent certain that the name on the seal refers to the same person named in 2 Kings, the description of Nathan-Melech as an official/servant of the king is a match, as is the location and the timing. The Babylonian siege of Jerusalem – and therefore the destruction of the house in which the seal was found – took place just over 20 years after the reign of Josiah.

Aside from the specific mention of an official at the time of the destruction of Jerusalem, the excavation of the house, which is ongoing, is yielding invaluable information about the Babylonian siege.

The Israeli newspaper Haaretz comments: ‘This is not the first time that evidence of the devastation wrought by the Babylonian King Nebuchadnezzar II has been found. From the 1970s, archaeologists have uncovered everything from Babylonian arrowheads shot during the siege of Jerusalem to charred pottery and foodstuffs consumed by the fiery inferno that followed the city’s fall. But the new find still yields interesting information about the destruction of the city, confirming the biblical description, for instance in Kings and Jeremiah.’

One archaeologist, Oded Lipschits of Tel Aviv University, speculates that the house may be ‘a living testament of the Jerusalemite elite that shaped the history and character of Judaism as we know it today. These are the floors that Josiah’s scribes walked on.’