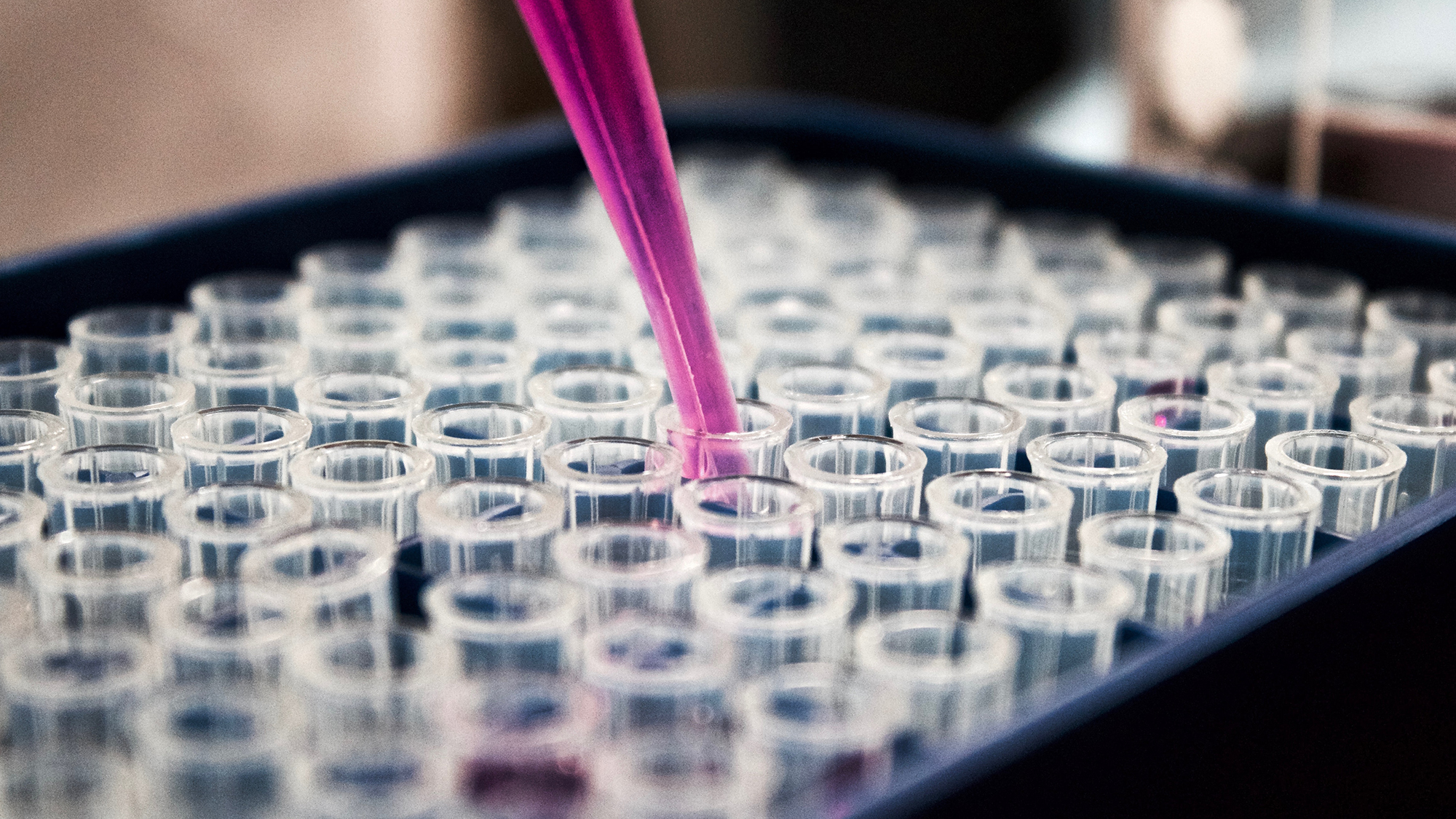 Sue Kimber, Professor of Stem Cells and Development at the University of Manchester and Co-Director of the North West Embryonic Stem Cell Centre, talks to Nigel Bovey about the ethics surrounding her research and how it integrates with her Christian faith.

Professor Kimber, what does your work entail?

I teach a stem-cell course, run a research laboratory and at the Stem Cell Centre produce cultures of human embryonic stem cells at clinical grade for research.

There are many areas of research that are less controversial, so what made you want to be in this one?

I’ve always been interested in understanding disease and how, through that understanding, it might be treatable. I started out working in the area of infertility and reproductive biology.

Stem cells are absolutely fascinating. Their natural function is to repair tissues after damage or after disease. We can treat the symptoms of conditions such as diabetes, muscular dystrophy, Alzheimer’s disease and Parkinson’s, but effectively they are at present incurable.

Like most scientists, I want my work to be useful and to see many medical applications come as a result.

Are there different types of stem cell?

There are two main types of stem cell. The first, which is found in our bodies without genetic manipulation or other intervention, can repair body tissue. But these stem cells have limited ability to make specialised cell types, such as organs. The only type of stem cell that has this ability is the embryonic stem cell. That’s why we are particularly interested in them.

How do you use such stem-cell cultures?

We look at how embryos develop. We use them to make disease models. We also direct them to become specialist cell types, with a view to developing therapies for patients who have diseases that can’t at present be treated or cured.

So, you are trying to find cures?

That is a major part of our work. As well as the potential use of the cells themselves, we hope that through the use of stem cells we can develop new drugs for addressing particular conditions. The use of stem cells also helps us understand the processes by which human cells develop to heal our tissues.

Where do research embryos come from?

They are generated with the purpose of treating infertility. In the course of IVF treatment, more embryos are generated than can be replaced. One of the major risks is multiple pregnancy, which can lead to conditions such as cerebral palsy. The guidance in the UK is not to replace more than two embryos into the womb. So there are ‘spare embryos’ – often those not considered suitable for reimplantation – and a decision has to be made about what to do with them. Some couples consent to donate them for research.

So the embryos are IVF by-products which would otherwise be sluiced away. They are not specifically created for research?

That is correct. It is illegal to generate embryos for the purpose of research in the UK.

Unfortunately, adult stem cells are not going to be able to do everything in the body. One type of adult stem cell (mesenchymal stem cells) is able to modulate the body’s immune system. But the trials where they’ve been used to make tissues have been disappointing. It’s not the case that embryonic stem cells would be the right thing for every condition, but we think they are better for making differentiated, specialised cell tissues in many cases.

There are many differences between human and animal cells, so animal models cannot always give us the answer.

What does the Human Fertilisation and Embryology Act allow?

The law allows for research at a very early stage of the human embryo – up to 14 days. We use them only at the stage when the embryo would be in the reproductive tract and not yet implanted in the womb. This is not a sentient embryo. There are no specialised tissues. It is a ball of cells.

How adequate for research purposes is the 14-day limit?

We culture embryos to about five days – about 50 to 100 cells. At this stage, they can make differentiated tissue, but they cannot make a foetus. They cannot make a baby. Essentially, we are looking at a tissue-generation system in vitro. For our purposes, we don’t need any longer.

Is the material you’re working with a human being?

No. Embryonic stem cells are not a human being. They cannot form a human life. You can push the cells to form muscle, pancreatic beta cells or cartilage. But you cannot make a human being out of one of these cells.

So, when does life begin?

Some people consider that it starts when the sperm fertilises the egg and a zygote is formed. Others suggest that there’s a gradual transition to personhood. I think life begins when we get formation of an axis (before there is a spinal cord) and the beginnings of the nervous system.

It’s important to remember that in normal reproduction between 30 and 50 per cent of embryos disintegrate and are lost. In many instances, the woman will never even know she is pregnant. This happens later than the five-day stage of our research. So, these balls of cells – these very early embryos – cannot definitely be said to make a human being.

Secondly, even if we say that the little ball of cells would have gone on to develop and not disintegrate, we cannot be certain that it would have made a single foetus. It is not until day 14 that the anterior-posterior axis is formed and the cells start forming the nervous system. Up to that point, we don’t know that a ball of cells won’t form two foetuses, as twinning can occur at about 14 days when the axis forms. So, we can’t say whether a ball of cells will go on to form one or two foetuses, or none at all.

Therefore, it’s difficult to say that a 50-cell ball is a person. Of course, this is very precious material. These are human early embryos, and we have to treat them with respect. They are also cells that would otherwise be discarded. Should you let them go down the sink or should you culture them for research into better treatments and repairs for disease?

Is that the lesser-of-two-evils argument?

It might be considered so. But if you don’t regard the preimplantation embryo to be a person, then you have to give it a different moral status from a foetus. This is human material – it is not the same as a skin biopsy but nor is it a person.

Do you regard abortion as murder?

I do not agree with abortion. Once you have a person you shouldn’t kill them.

Does an embryo have a soul?

I would not consider that the preimplantation embryo has a soul, because at that stage it is not a person. Of course, a foetus that’s miscarried at 15 weeks or even later is a different situation.

It was in my final year at Cambridge, where I was reading natural sciences. I had never been particularly interested in Christianity. I didn’t come from an overtly Christian family. But I had two very good student friends who were Christians. We talked about the faith a lot but I made no commitment.

Then, I know it sounds trite, but amid the stress of preparing for my final exams, God spoke to me. I remember thinking: ‘OK, God, I give in.’ That’s when I mark the beginning of my life as a Christian.

I’ve often thought that when you’re under stress, when you realise your own limitations, you recognise your need for something beyond the structural, the medical, the human environment – you need God. That’s probably what happened to me.

But doesn’t everyone pray when they’re in trouble?

Yes. But I’m not just talking about praying, I’m talking about realising that there is more than the material world. In our comfortable lives, it is easy to live without reference to God. But sometimes things happen that make us realise that we are imperfect and that we really do need God, and that he is there for us, walking beside us and supporting us.

What engaged you intellectually about the Christian faith?

Once I acknowledged that there was a God and that he had sent his Son in a completely self-sacrificing way to die for us because we are imperfect and can’t put ourselves right, I wanted to find out more. I started going to the Round Church in Cambridge, where I heard many excellent preachers who challenged me intellectually, as well as challenged my heart. In my quest for answers, I started studying the Bible.

What convinced you then and what convinces you now that Jesus is the Son of God?

To what extent does the Bible prove the existence of God?

Being a Christian is a matter of faith. Many people think that scientific hypotheses can be proved. Actually, we never really prove scientific hypotheses – we gather evidence that will support or negate a particular hypothesis. In time, as more information comes to light, our earlier understanding may be found to have been rudimentary. So, science tests the evidence; it isn’t just a matter of facts. Nor is the Bible. It’s a matter of weighing up the biblical evidence that Jesus did come to earth, die for us and rise again, and because of that, if we ask him into our lives, we will be forgiven for our sins and go to be with him when we die.

To what extent does your science support your faith?

The complexity of life that I see as a scientist confirms to me that there is a creator God who has set down the rules by which biological systems work.

How do you reconcile your Christian faith with your work on embryonic stem cells?

I see an ethical reason to use a resource, that would otherwise be wasted, to improve the lives of others. In Genesis, God says that humankind is to care for the world. Part of caring is to make judgments and try to do the right thing. By working on cells in culture there is the potential to answer many of the questions about what goes wrong in human development and to generate some therapies that might benefit many people.

What does your faith give you?

My faith is a support to me as I face the many issues and pressures of day-to-day life. It is tremendous to be able to pray about everything and to feel that there is something more than my own imperfect judgment to bring to bear on any decision I have to make.