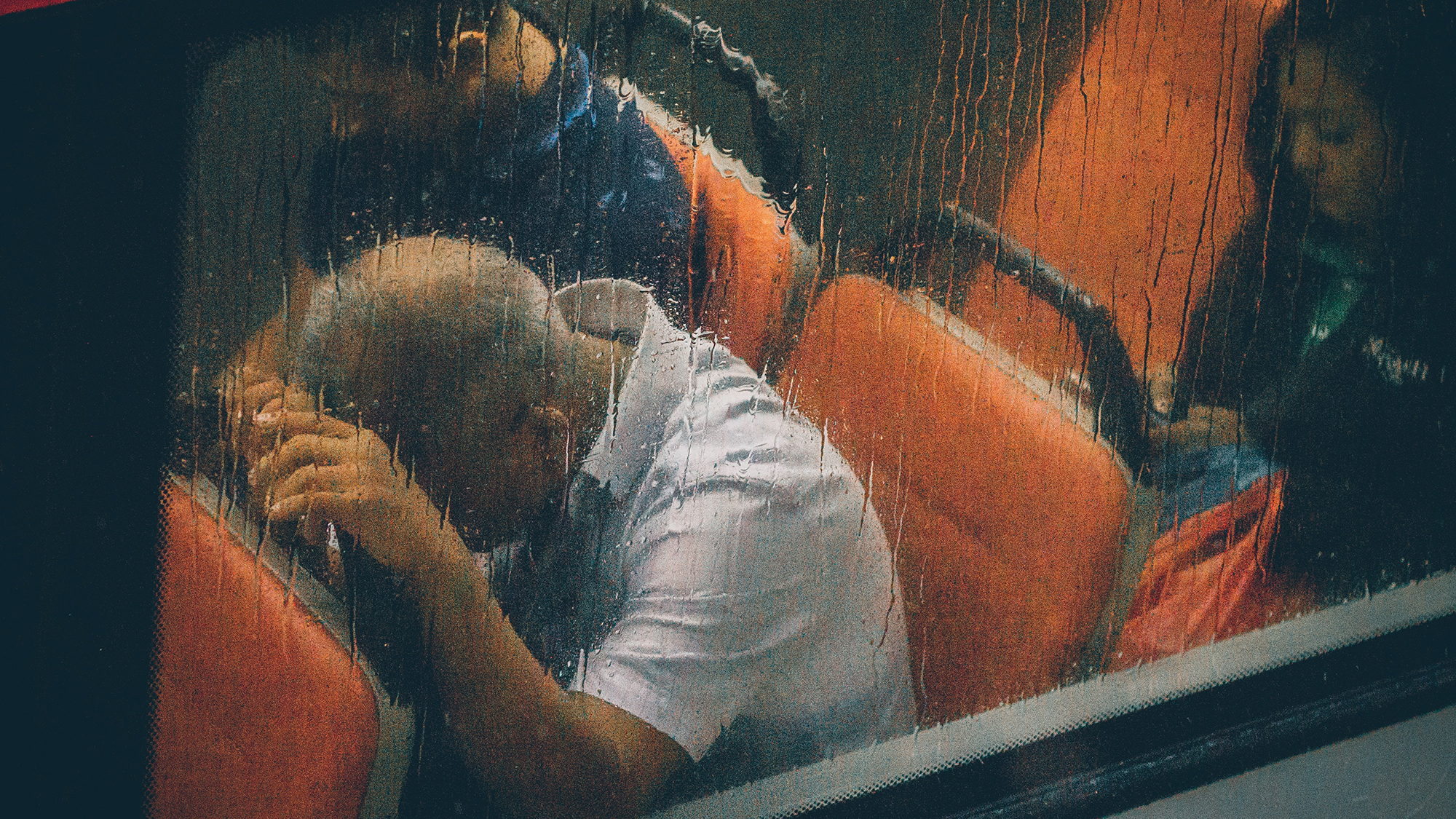 Professor Richard Hain, a consultant in paediatric palliative medicine at the Children’s Hospital for Wales, provides care to children with serious illnesses. His work deals with some of the deepest questions about human suffering. ‘This isn’t the way it is supposed to happen,’ he says. Nigel Bovey talked to him about his life and faith.

Professor Hain, what are your present responsibilities?

As well as being a practising clinician, I am a visiting professor at the University of South Wales and honorary senior lecturer at Bangor University, where I’m involved in clinical research in children’s palliative care. As a doctoral student in the Faculty of Theology and Religion at Oxford University, I am studying end-of-life ethics in children.

You trained in paediatric oncology, so what is the fascination with medicine?

It runs in the family. My father was a paediatric anaesthetist and my mother trained as a physiotherapist. Medicine is intellectually satisfying, challenging and – because people are involved – endlessly stimulating. I was always interested in what science could do for people. Medicine is where abstract science is put to work in making people’s lives better.

What does palliative care entail?

Palliative care starts with the recognition that a cure isn’t possible. It offers care, but without being able to measure the effectiveness of that care against the ideal outcome of a cure. It addresses many aspects of the patient’s life – physical, emotional, psychosocial and spiritual. It is an holistic model, in which doctors have an important, but by no means dominant, role to play.

What is the age range of children that you care for?

I care for children from before birth to their early twenties.

How often do you have to tell parents that their child’s condition is terminal?

Nowadays, not very often, because referral to me is usually made once that’s already become clear. But when I practised as a paediatric oncologist, it was a relatively frequent occurrence.

And how do you prepare yourself for being the bearer of the unfairest kind of news?

The first thing to acknowledge is that it is unfair. It is not supposed to happen that way. When I started working in medicine, I saw a lot of children die from cancer. One particular teenage boy – an only son – had a bone marrow transplant but it didn’t work. Over a period of weeks, this intelligent lad watched himself dying. Then, just before Christmas, he died.

He wasn’t much younger than me. I found myself asking: ‘Why does God allow this? Why doesn’t he step in and stop this terrible suffering?’

That was an important lesson for me. God doesn’t allow people to suffer because he thinks it will be good for them or because their suffering doesn’t matter to him. The kind of suffering which families of dying children go through isn’t part of how he designed the world.

There’s nothing fair about that suffering, and people going through it often need to hear me acknowledge that. They need to hear me say: ‘I’m really sorry – this isn’t the way it is supposed to happen.’

One thing families find deeply hurtful is when well-meaning others try to justify what has happened, finding a narrative that makes sense of it. That attempt at justification can be spiritual – giving people the impression that it’s part of some bigger plan – but it can also be very practical.

It’s very easy to say, for example: ‘If your GP had only been a bit quicker off the mark, we could have treated it.’

However much you may feel that you’re helping by giving some explanation or meaning, it actually doesn’t help anybody. All that happens is that, in addition to feeling sad, they can now feel guilty about feeling sad.

What people need to know is that you don’t think the situation is fair either, that you’re angry on their behalf, that this isn’t the way things were supposed to be.

I suppose I see myself as being on their side against the illness, or at least the effects of the illness. I’m going through this terrible thing with them, rather than trying to pretend that I can make it less terrible by explaining it away.

Why is there suffering?

We live in a second-best universe. This isn’t the universe that God intended. The whole of creation is fallen. People are second best. Humankind is not perfect.

But the situation is redeemable. Even when suffering has occurred, it needn’t be meaningless. Suffering that later comes to have meaning is precious. I know people who have lost children and grown as a result. I know parents of children with cerebral palsy who, over many decades, consistently report that in the midst of all the terrible things they’ve had to endure, they feel proud of what they’ve learnt and achieved, how they’ve grown and earned respect from professionals and experts.

And nor does it take away the wish that it never happened?

Absolutely right. A child’s death is never going to be OK. Human beings are perfectly capable of holding two ideas that appear to be contradictory. Looking back at something and saying, ‘It really did me some good,’ doesn’t mean that we’re glad it happened.

The management of apparently contradictory feelings is a key part of caring for families who are caring for a dying child. They will hope for the best, even though they know that the worst is more likely. And they will wish they still had a well child, even though they don’t want to lose the ill child they have and recognise the good that has come out of having that ill child.

Do you pray for a miracle?

I believe in miracles. I usually pray for peace, lack of pain and about any specific emotional issues that I know people are dealing with.

Morphine manages physical pain well. The disentangling of complicated spiritual and relationship issues in those last few days is much harder, and that’s where miracles often occur.

Dying adults tend to be elderly, very weak and vulnerable. Children, however, even when they have a serious illness, are resilient, and in their corner they usually have healthy, young, articulate advocates in their parents.

Cancer is not the main condition that leads to children needing palliative care – most have cerebral palsy or neurological conditions. So most children needing palliative care are cognitively impaired from damage to the brain. That means there’s a complex set of communications with the family and the child – together and separately – that needs to be handled sensitively. It also means the relationship between the healthcare team and family is quite intense, because palliative care for a child can last for decades.

Children’s palliative care is an ethical challenge because so much of medical ethics relies on principles that are not really agreed in children. The obvious one is autonomy. The concept of autonomy relies on the idea that people are rational and reason like adults.

The easy answer, then, is to conclude that children are not rational, even if they are cognitively normal. But being a person is much more than just being rational. Whether or not they think like adults, children do want and need to be recognised as persons – albeit persons who are always in relationship with caring adults.

Caring for children cannot just be a case of dealing with their parents. We need to find a way of reconciling the idea that children are relational beings with the notion that there is a kind of autonomy they can possess. The difference in the moral nature of children from the moral nature of adults means the systems of ethics we usually turn to in medicine don’t cater for children.

As I grew up I developed a habit of always checking on sleeping babies, probably because when I was three years old, my sister had died from sudden infant death syndrome. When I was 15, I was at a Christian conference and discovered a baby there who’d just died. It was the child of the conference leaders. They were, of course, devastated, but after a few days by themselves, they came back to the conference and continued to teach.

Their commitment to each other and to the evangelistic purpose of the gathering – their personal spiritual strength and the fact that they counted this group of people as family – spoke to me because, having been through something similar, I knew something of what they were going through. I saw in them a strength that I wanted to share.

My initial response in becoming a Christian was emotional, but I also believe that Christianity is rational. I don’t think I would have become a Christian on the basis of reason alone. Nobody gets argued into being a Christian, any more than you can be argued into falling in love with someone. But I couldn’t have remained a Christian for more than 30 years if I hadn’t found the Christian story to be a rational and consistent account of the world.

What convinces you that Jesus is the Son of God?

The story fits together. If you start by believing that God is a loving Creator, then it is inevitable that he would want to have a relationship and would have to create beings that were independent of him. If the nature of God were that he could have a relationship only with perfection, and if humanity chose to use its independence to become separate from God, then a God whose nature is to want a loving relationship would be faced with a problem.

That this relationship could be healed by a sacrifice makes sense, but only if that sacrifice were of something or someone capable of taking it on. The sinless Son of God, who was God and man, fulfils that role.

Jesus being just a good teacher doesn’t make sense of the narrative of healing a broken relationship. But his dying and being raised to life to reconcile a sinful world with its perfect Creator does make sense.

How does your work challenge your faith?

The suffering I see affirms rather than weakens my faith. The challenges are more on the practical level. It’s easy to get distracted by my work. It is not always easy to remember the presence of God, because I get caught up in the practicalities of prescriptions, or (more powerfully) by the politics of trying to justify a service that doesn’t cure anybody, in a health service that is increasingly driven by utilitarian values.

The other challenge is to remember who I am. As a doctor, you can become a bit of a hero. Everybody loves you. I hope that I am important to the families I come across, but it’s vital that I remember it’s not really about me; it is what Jesus has done, and is doing, in and through me.

How does your faith inform your work?

My work does get emotionally tiring. My faith gives the sense that I am part of something bigger; that by caring for others I am fulfilling what God wants for my life.