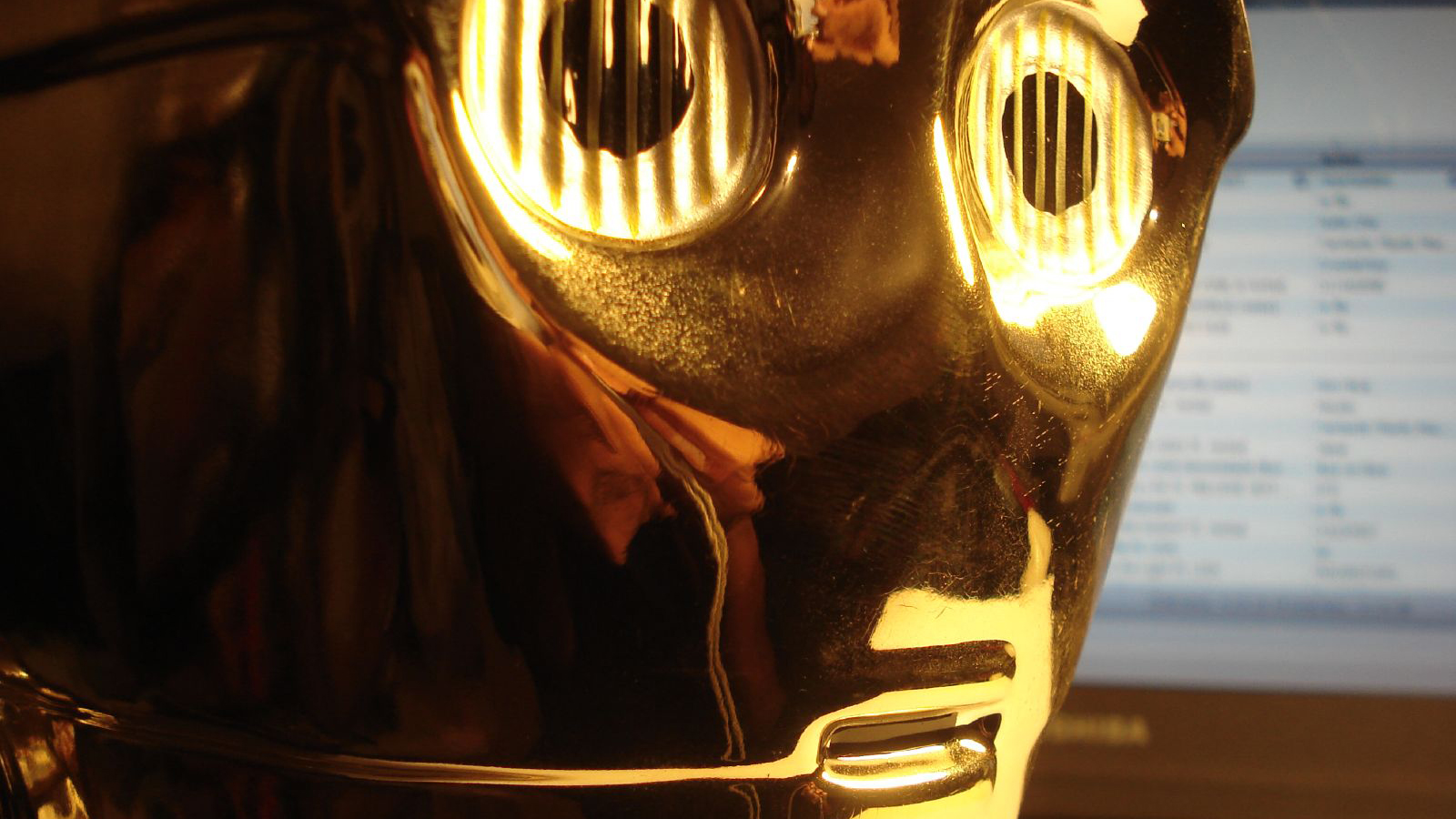 In the near future, our world will probably be populated by artificial intelligence and robots. How will this affect work, relationships and religion? Nigel Bovey talks to Dr Beth Singler, anthropologist of religion and Research Associate at the Faraday Institute for Science and Religion at the University of Cambridge.

Dr Singler, in the past you have researched the New Age movement and new religious movements, such as Scientology and Jediism. What are you investigating now?

I am part of a team researching the social and religious implications of advances in artificial intelligence (AI) and robotics. We are not building or programming robots, or trying to create AI; rather, we are looking at the impact on humans of potentially near-human machines.

Will robots running the world be more than just science fiction?

I suspect advances may not come on a large scale straight away, but in smaller ways. Over the next 50 years, automation is going to be one of the biggest changes to daily life. AI and robots are increasingly able to do things that we presumed only humans could do – and that is going to have a social impact.

Robotics is the creation of a multiple-jointed object that reacts to orders. Robotics doesn’t necessarily imply intelligence, AI, knowledge or skills. It is simply A getting B to do something.

Your use of the term ‘multiple-jointed’ suggests that robots have human-like form. Is that right?

Humans have always tried to learn from what works. The models used for developing robots have long been driven by the conception of the human body. There is a strand of robotics where the robots look like insects, and it may be that future robots will not look particularly human, but for now the human body is the model.

To what extent is Star Wars a working template for robotics?

Science fiction writers often develop ideas about future technology before scientists. The Star Wars robots are particularly interesting because, as well as the human-like C-3PO, there are non-human forms, such as R2-D2. Star Wars has had a huge impact on the public acceptance of robots. They talk, they reason, they argue – they are very human, they are intelligent. Yet, in the films they are also commodities, tools that are traded. This offers an insight into the moral considerations of our future.

In an age of increasingly intelligent robots being commonplace and doing the jobs we don’t like, will we be happy to have created a ‘species’ that is intelligent, and possibly has consciousness, that we buy and sell – effectively, a future form of slavery?

There are a number of levels. Weak AI is the kind of thing mobile phones use for predictive text. It is known as ‘machine learning’. It learns from the user’s previous inputs and, based on these, predicts the required next word. Much of cyber hacking is carried out using AI.

In 2016, the AlphaGo program beat a professional Go player for the first time, learning from the moves of the human opponent. That’s a kind of ‘special intelligence’. AlphaGo is extremely good at one task and nothing else. There is no suggestion that these forms contain consciousness.

Strong AI is thought to involve an intelligence greater than human or ‘general’ intelligence. It includes the likes of agency, self-awareness and self-reprogramming. Something that goes beyond mechanical programming is where the speculation starts. It is, though, being taken seriously, with a number of academic institutes being funded to consider the risks and implications of strong AI, such as the Cambridge-based Leverhulme Centre for the Future of Intelligence.

A more recent screen AI humanoid is the female Ava in the film Ex Machina. Is there a relationship between robots and gender?

The majority of present AI assistants and chatbots (chatter robots) are portrayed as female. This raises the question among AI scholars about stereotyping women as servile. The rise in the development of female sexbots also has moral implications.

Where are the social benefits of robots?

The UK has an ageing population, with people who need homecare support or hospital care. People are finding it very expensive to care for their elderly relatives. Fewer of us live near our elderly parents. The UK has a shortage of care assistants and nurses. Would companion robots for elderly people be a solution? Is it worse to provide them with good-quality care from a robot than for them to struggle alone?

Potentially, millions of jobs could be lost. Robots are already used in the manufacturing sector. AI is already here. The NHS uses the AI system called IBM Watson as a diagnostic tool in oncology. France has developed a robot anaesthetist. Driverless vehicles are being tested on roads. Automated lorries are already here. AI can do jobs that we think of as ‘thinking’ jobs. Lawyers and doctors could be replaced.

AI involves searching for beyond-human intelligence. At that stage, will robots have personhood?

Many academics say it is a category mistake to class a robot as a person. For while it can do impressive things, it does not have, and never will have, consciousness in the way that people do. As an anthropologist, I am more interested in how humans react to robots. We cannot prove personhood, intelligence or consciousness, but we can prove how we behave.

In all likelihood, if we ever get to the stage where an AI being passes for human, then we will most likely treat it as a person. If we don’t, then what would that say about us as human beings? Why are we preparing for a potential future of human-like things but not considering how we would treat them and integrate them into society?

If we are making robots that look human and are measuring AI against human intelligence, effectively making robots in our own image, what are the characteristics that will lead us to say this is a person or this is not a person? One argument from a theological perspective is that while God grants humans distinct personhood, humans can’t grant personhood onwards. The counterargument is that humans are co-creators who work through God’s will and that perhaps AI robots are the next stage of what he designed.

My feeling is that if we ever get to a point where the technology is so advanced that it seems so human-like, we may never know if it is actually a person or not, not least because we don’t have a full understanding of what a person is. Perhaps, though, if the AlphaGo machine had genuine intelligence, it would behave in unexpected ways, such as refusing to play Go and demanding to play chess. It would be in a moment of rebellion that we would see truly human-like behaviour. But then, that might take us into the sci-fi dystopian world of robots rebelling against humans and destroying humankind.

To what extent might AI help people with cognitive disorders, such as dementia?

Transhumanists argue that machines and technology are the ways to increase human lifespan, reduce suffering, defeat disease and potentially live for ever as some sort of humantech hybrid. Some of the interpretations of AI argue that it will only come about through human-machine merging, perhaps through a form of mind-uploading. If this becomes possible, then AI as a cognitive repair therapy also becomes possible.

The Bible describes humankind as being made in God’s image. What is your understanding of that idea?

There are a number of strands of Christian response. There is the idea that humans have dominion over, and responsibility for, creation. There are elements of independence, agency and relationship with the Creator.

What are the religious implications of AI?

From an anthropological viewpoint, I think about how religious communities will react to AI beings. How will they respond when a robot turns up at a church, mosque or synagogue and says, ‘I believe’? Will robots be welcomed? Will they be initiated and integrated into faith communities? This may sound far-fetched, but some strands of mainstream religion are already considering the implications of a transhumanist future.

You have spent many years studying religion. Why does religion appear to motivate people to break the rules of their religion, particularly in terms of ‘thou shalt not kill’?

Because humans are messy, complicated things. Religion is the way people dream. Religion is our aspirations, our narratives and our stories. Like technology, religion can be used for good or for evil. Religion has inspired many charitable acts and humanitarian movements. Religion inspires some people to do dreadful things. Although the rhetoric runs, ‘God told me to do this’, the use of religion as a motivator is never as simple as that.

Your research into less traditional forms of religion includes the study of Jediism. In the 2001 national survey of the UK, some 390,000 people identified themselves as following a Jedi creed, as portrayed in Star Wars. Is Jediism anything more than a moment of anti-establishment rebellion?

The 2011 survey put the number at about 176,000, a smaller number which even the mainstream press and media amusingly blamed on the dark side of the Force. For some respondents, putting Jedi on the survey form was a bit of a joke. But there were genuinely people who wanted recognition for it. They regard Jediism as a genuine spiritual path through which they express how they want to live.

There are Jedi communities, temples online and training resources online. While adherents admit that Jediism came from the ideas of Star Wars director George Lucas, they’re starting to see problems in being associated with a commercial corporate entity. (Lucas himself has said that he never intended to start a religion.) They see a distinction between the Jedi of the Star Wars universe and the Jedi that they are. They are increasingly drawing on sources from Buddhism, Shintoism and Catholicism. They do not consider Jediism to be divinely inspired.

Founded as it is upon science fiction characters, to what extent can Jediism be regarded as a genuine religious belief?

Just as we can’t prove consciousness or intelligence, so we can’t prove the sincerity of religious belief. Until we have been disabused, we act as though the person telling us something is telling us the truth. I meet people who tell me they believe different religious things, but I can’t say to them, ‘Do you really believe?’ What could they say or do to convince me? They can say, ‘I go to church’, or, ‘I go online to talk to my Jedi friends’, but that is no measure of depth of belief. You have to accept what people say and what they do.

To what extent are new religious movements, such as Jediism and Scientology, a threat to the likes of mainstream Christianity?

The spontaneous emergence of religious groups has a long history. Mormonism and the Jehovah’s Witnesses claim to have grown out of mainstream Christianity. The Rev Moon’s Unification Church claims to be Christian and that he was fulfilling the unfinished work of Jesus. The difference is that, whereas in the past, non-orthodox ideas would have been contained within a village or particular area, emerging technologies have allowed ideas to travel faster and wider.

When the first Star Wars film launched in 1977, nobody was standing on a street corner proclaiming themselves a Jedi and recruiting fellow believers. But with the emergence of the internet in the 1990s, fanzines and material that had previously been circulated at annual conventions started to be spread online to a global community.

I don’t see technology as something that changes the way we behave, but the sharing capability of the internet has enabled people to form and develop new religious communities. It is very likely to keep doing so well into the future.