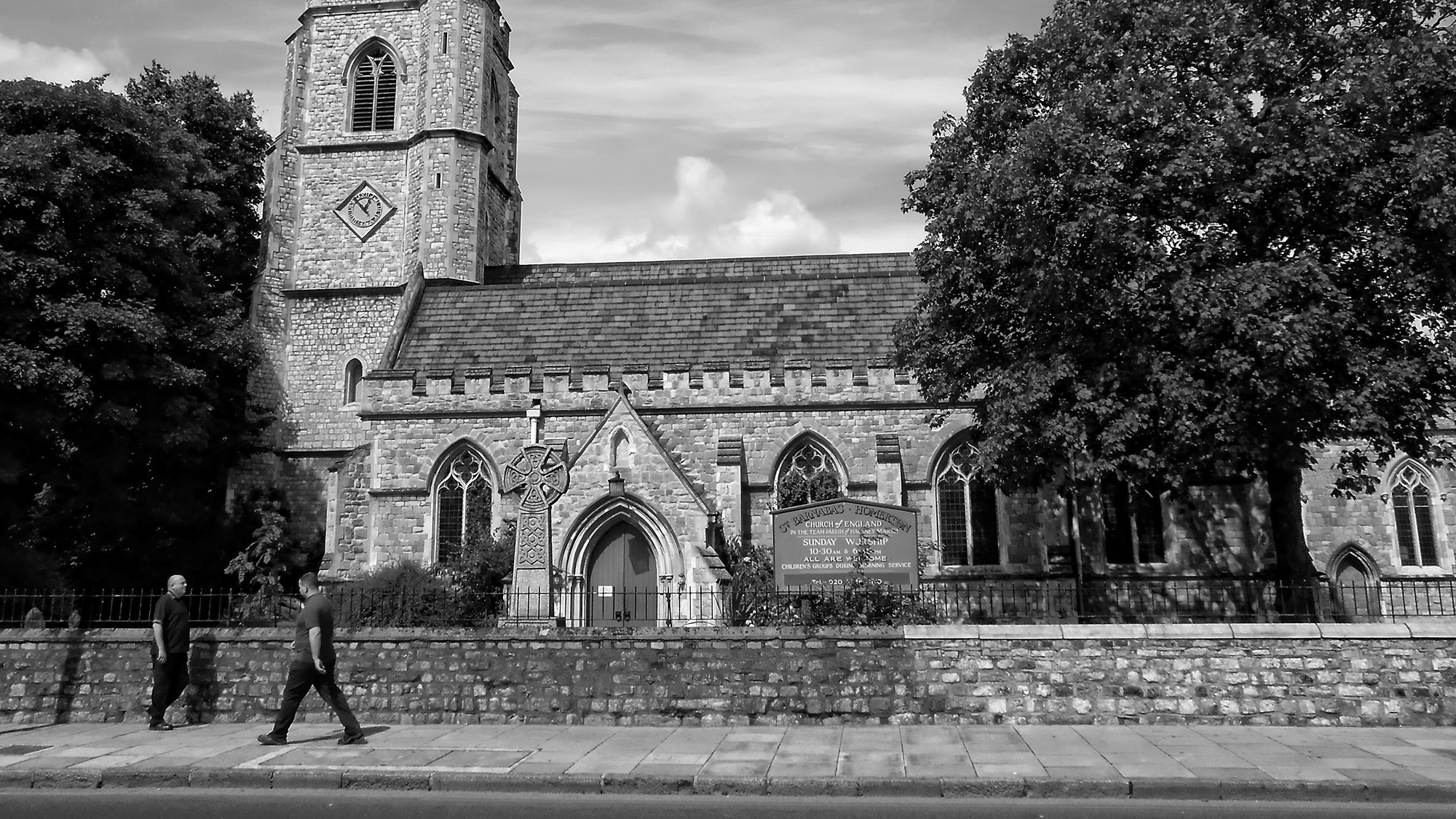 We were very sorry to hear that Prebendary John Pearce, who was the chairman of the Christian Evidence Society in the early 1980s, has died at the age of 85.

John was an Anglican priest who spent most of his ministry serving areas of social deprivation in London’s East End. He was a pivotal figure in the history of the society, because he revived its work when it was in real danger of disappearing. In 1981, he became Vicar of the Church of St Barnabas in Homerton, Hackney, and when he moved into the vicarage discovered a room full of Christian Evidence Society material, including a library, papers and even furniture.

The society had thrived in the early decades of the 20th century, with open-air speakers who argued the case for the Christian faith from soap boxes, horse-drawn carriages, and even from a custom-built preaching van. But by the 1970s, the public speaking work had come to an end, and the society was out of energy and out of ideas. Faced with the room full of books and papers in his new vicarage, John Pearce called together a few friends, and together they set about recasting the work of the society to meet the needs of a new era.

John Gann, one the friends, recalls: ‘John didn’t want something that was of great value to the church, and that was helping to spread the gospel, simply to disappear.’

By 1983, the fresh energy and thinking of John Pearce and his fellow trustees was already beginning to bear fruit. That year, the society organised a major public lecture by Archbishop Desmond Tutu at St Paul’s Cathedral. The apartheid government of South Africa initially refused to let Tutu travel for the lecture, but he eventually delivered it on his way to Sweden to receive the Nobel prize for peace. Other lectures organised by the society in the 1980s were given by the Russian dissident poet Irina Ratushinskaya, and Sheila Cassidy, who had been tortured by the Pinochet regime in Chile.

Writing in the Church Times, Revd Dr Timothy Bradshaw notes that John Pearce was involved in a wide variety of Christian ventures. ‘A founder and council member of Reform, he chaired the Church Society and Latimer House, and was an active General Synod member. He was on the Council of both Chichester Theo­logical College and Oak Hill, and helped found the Proclamation Trust. While at Homerton, he founded a lay training course, the East London Institute for Chris­tian Studies, and also the Stepney Action Research Project.’

For a short history of the Christian Evidence Society, download our booklet by John Gann