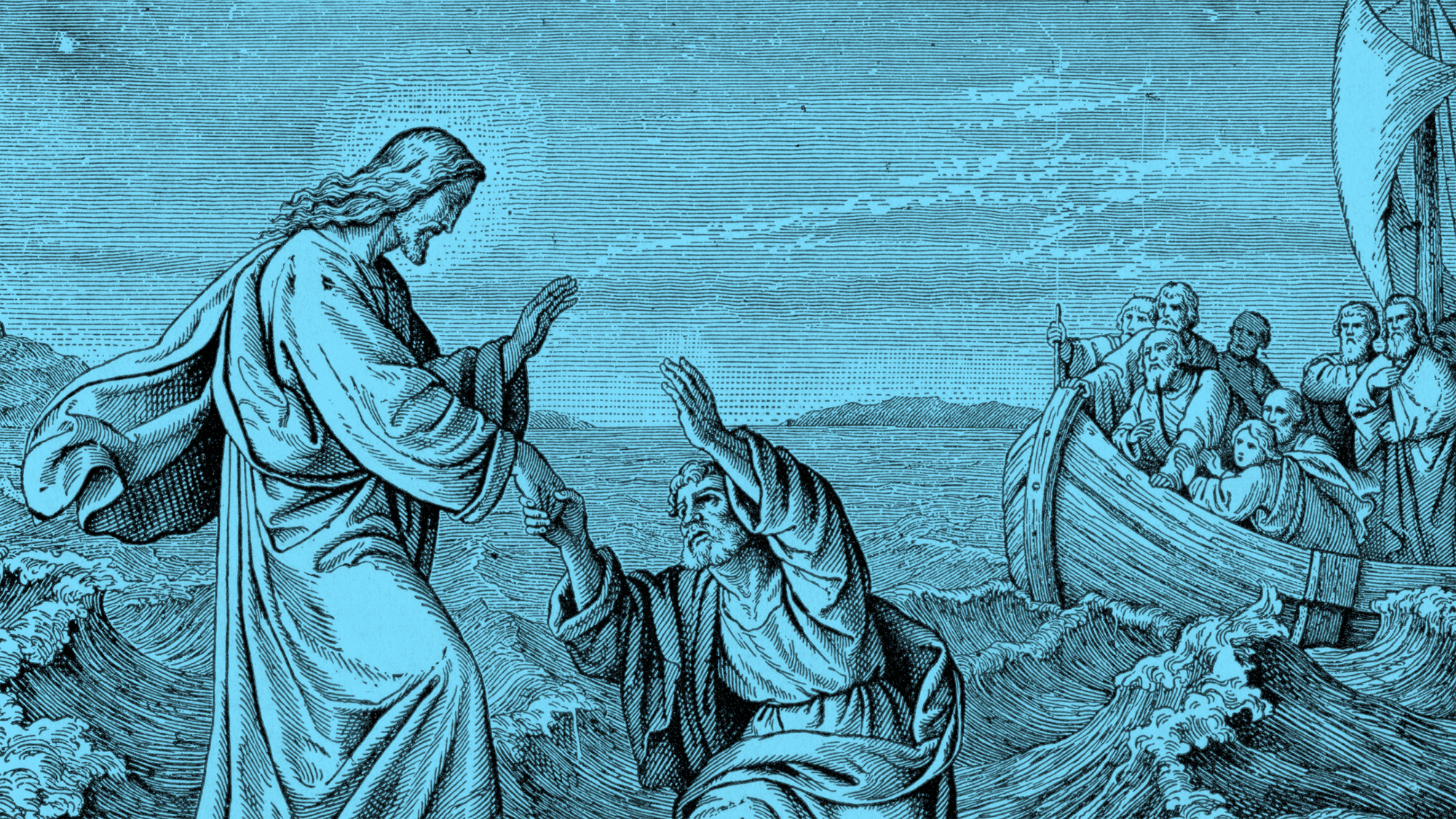 ‘I believe because it is absurd’ is a saying that has been pinned on Tertullian, the early Christian writer, even though he never said it. Peter Harrison follows the story of this fake quote, which has a long history in anti-religious polemic.

Religious belief is often thought to evince a precarious kind of commitment, in which the degree of conviction is inversely proportional to correspondence with the facts. Exhibit A for this common characterisation of religious belief is the maxim of the third-century Christian writer Tertullian, who is credited with the saying ‘I believe because it is absurd.’ This paradoxical expression makes a routine appearance in philosophical evaluations of the rationality of religious belief, in contemporary polemics addressed to an imagined opposition between science and religion, and in virtually every reputable dictionary of quotations.

Scholars of early Christianity have long known that Tertullian never wrote those words. What he originally said and meant poses intriguing questions, but equally interesting is the story of how the invented expression came to be attributed to him in the first place, what its invention tells us about changing conceptions of ‘faith’, and why, in spite of attempts to correct the record, it stubbornly persists as an irradicable meme about the irrationality of religious commitment.

On the face of it, being committed to something because it is absurd is an unpromising foundation for a belief system. It should not come as a complete surprise, then, that Tertullian did not advocate this principle. He did, however, make this observation, with specific reference to the death and resurrection of Christ: ‘it is entirely credible, because it is unfitting … it is certain, because it is impossible’ (For Latinists out there: prorsus credibile est, quia ineptum est … certum est, quia impossibile). This might seem to be within striking distance of the fideistic phrase commonly attributed to him. Puzzlingly, though, even this original formulation does not fit with Tertullian’s generally positive view of reason and rational justification. Elsewhere, he insists that Christians ‘should believe nothing but that nothing should be rashly believed’. For Tertullian, God is ‘author of Reason’, the natural order of the world is ‘ordained by reason’, and everything is to be ‘understood by reason’.

One likely explanation for this apparent incongruence is that, in his paradoxical juxtaposition of impossibility and certainty, Tertullian is drawing upon a principle set out in Aristotle’s Rhetoric. Addressing himself to the credibility of highly improbable events, Aristotle observes: ‘We may argue that people could not have believed them, if they had not been true or nearly true. And that they are more likely to be true because they are incredible.’ His point seems to be that the apparent incredibility of a reported claim can actually provide a reason for believing it, since a witness seeking to perpetuate a false story would most likely have come up with something that at least seemed plausible. If this connection is on the right track, Tertullian, who almost certainly knew Aristotle’s Rhetoric, is not advocating belief without justification, but suggesting that we sometimes have good reasons to believe the highly improbable.

This leaves us with the question of how Tertullian came to be attributed with authorship of the rather different expression: ‘I believe because it is absurd.’ For this, we need to look to two decisive moments in the early modern period.

In the middle of the 17th century, the physician and polymath Thomas Browne drew attention to Tertullian’s original remarks in his bestselling Religio Medici (1643), or The Religion of a Physician. Crucially, not only did Browne introduce numerous readers to this relatively unnoticed passage in Tertullian, but he lent it an entirely new interpretation, proposing as a general principle that the strength of one’s faith is inversely proportional to the probability of what is believed: ‘Methinks there be not impossibilities enough in Religion for an active faith.’ Before long, numerous sources were quoting Tertullian, albeit disapprovingly, as having said: ‘I believe, because it is impossible’. The philosopher John Locke thus makes reference to this new version of the paradox in his classic An Essay Concerning Human Understanding (1689), summing up the view of most of his contemporaries that this was a ‘very ill Rule for Men to chuse their Opinions, or Religion by’.

A key element of the background to this development was the rise of sectarian disputes in the wake of the Reformation. Protestants chastised Catholics for their overcredulous ‘implicit faith’ – the giving of assent to doctrines promulgated by the Church but without a full comprehension of what was being assented to. A prime case was the doctrine of transubstantiation – a theory, based on Aristotle’s philosophy, of how during the Mass the elements of bread and wine could become the body and blood of Christ. For many Protestants, this was an emblematic instance of believing something that was literally impossible. The maxim ‘I believe because it is impossible’ thus first gained currency because of its deployment in anti-Catholic polemic.

The second phase in the transformation of Tertullian’s original remarks came when the French philosopher Voltaire introduced the ‘absurdity’ condition. In the entry for ‘Faith’ in his Philosophical Dictionary (1764), Voltaire concludes a characteristically entertaining account of the exploits of the notoriously promiscuous Pope Alexander VI by defining faith as ‘believing things because they are impossible’. The first appearance of the phrase ‘I believe because it is absurd’ comes subsequently in one of Voltaire’s 1767 publications, in which Voltaire attributes to the church father Augustine (rather than to Tertullian), the maxim: ‘I believe because it is absurd, I believe because it is impossible.’

Thereafter, ‘I believe because it is absurd’ became the standard form of the credo, and it was increasingly applied indiscriminately to all religious belief. Lending the phrase greater authenticity was its circulation in Latin as credo quia absurdum – a reverse-engineered version of Voltaire’s je le crois parce que cela est absurde. The misattribution of the saying to Augustine serves as a helpful marker of Voltaire’s influence, and for many years Augustine was regarded as the author of the paradox. While attributions to Augustine are rare today, Voltaire’s subtle insinuation of ‘absurdity’ into the new ‘I believe’ version of the paradox has persisted.

Since Voltaire’s time, the maxim ‘I believe because it is absurd’ has continued to serve the purpose intended by its Enlightenment originator – a gesture towards the inherent irrationality of religious belief. Thus in 1928, Sigmund Freud cited the motto as evidence of the infantile nature of religion, which he characterised as always attempting to shield its beliefs from rational scrutiny. The German philosopher Ernst Cassirer similarly maintained that the maxim typified a particular religious psychology that attended both the birth of religion and its regrettable contemporary manifestations: ‘The motto “I believe because it is absurd” exhibits its old force here and everywhere,’ he complained in 1951. Reference works, though generally less partisan, often convey similar sentiments. Typical is the offering in the Oxford Dictionary of Philosophy (1996), where the entry on credo quia absurdum est reads: ‘Also known as Tertullian’s dictum or paradox. Literally (Latin), I believe because it is absurd: that is, the very impossibility of a proposition becomes (mostly in theology) a kind of motivation for belief in it.’

One of the more conspicuous sites for the contemporary deployment of the maxim has been unflattering comparisons of fanciful religious belief with the ‘facts’ of science. In his lecture, ‘Science as a Vocation’ (1917), Max Weber invented for himself an even more extreme Latin variant of Tertullian’s saying (Credo non quod, sed quia absurdum est – ‘I believe nothing except that which is absurd’, which Weber attributes to Augustine) in order to illustrate what he thought was an intrinsic tension between science and religion. Contemporary science vs religion warriors such as Richard Dawkins and Jerry Coyne have predictably followed suit, pointing to Tertullian as a personification of the irrationality of religious belief.

Much could be said about the differences and similarities between religious and scientific commitment, but it is worth observing, in brief, that the contemporary sciences afford conspicuous instances of justified belief in both the impossible (quantum mechanics) and the staggeringly improbable (Big Bang cosmology). This brings us back to the original context of Tertullian’s remarks, which were not about belief motivated by the absurdity of its object, but whether is it ever warranted to believe in things we consider to be impossible or extremely improbable. Clearly, that remains a live question.

Peter Harrison is an Australian Laureate Fellow and director of the Institute for Advanced Studies in the Humanities at the University of Queensland. His most recent book is The Territories of Science and Religion

This article was originally published at Aeon and has been republished under Creative Commons.