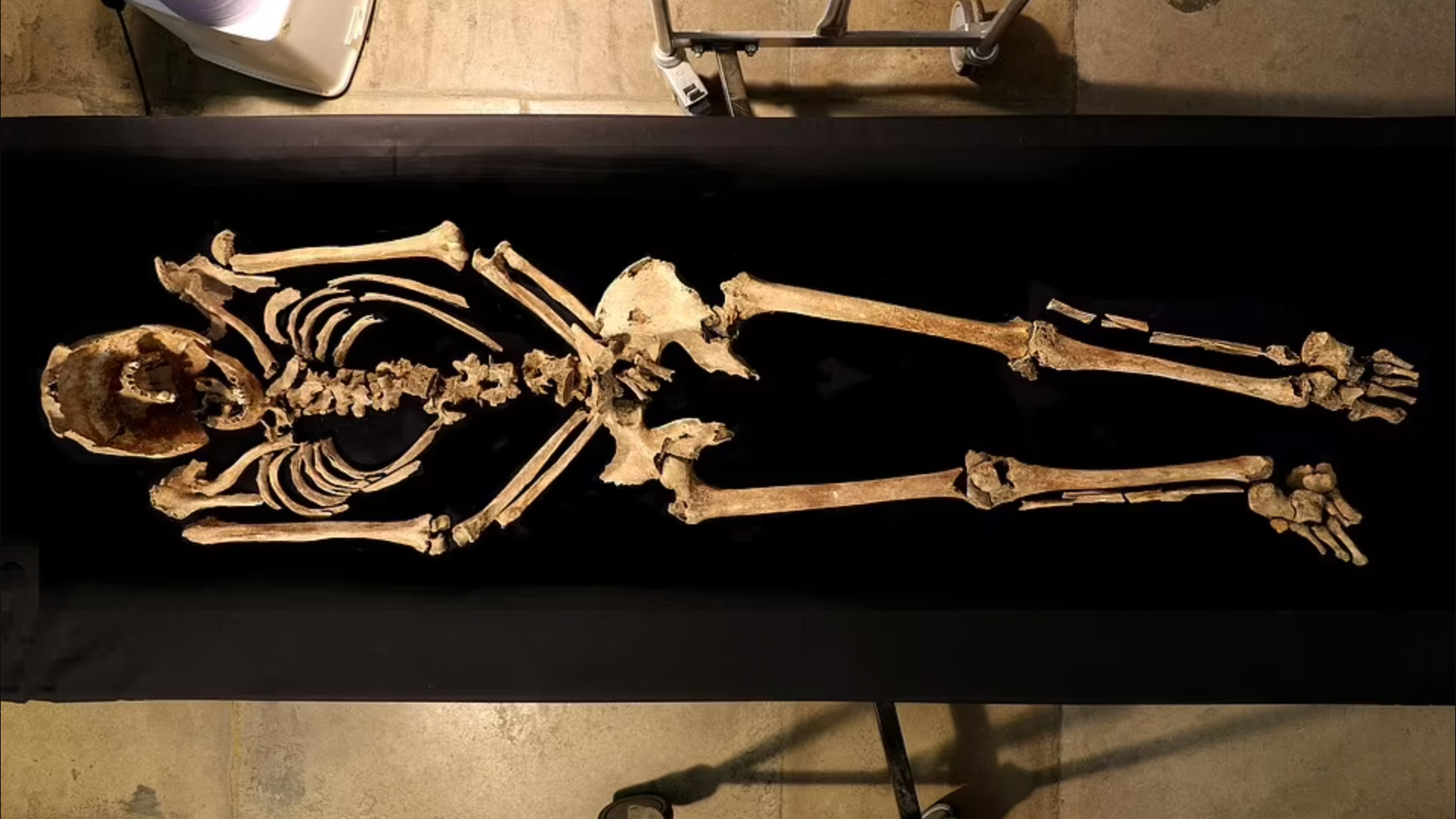 Earlier this year, the first-ever discovery of a British crucifixion victim, dating back to the Roman occupation, was announced by archaeologists. The skeleton of a man in his late 20s or early 30s, which had a large iron nail driven through the right heel bone (the calcaneous), was found just outside the town of Fenstanton, near Cambridge, which was a settlement in Roman times. Carbon dating suggests that he was crucified sometime between AD 130 and 360.

The discovery is significant, because at most, only three other archaeological examples of crucifixion have ever been found.

The most famous is a burial found in 1968, in a cave at Giv’at ha-Mivtar, Israel, where a Roman nail, bent over at the sharp end, had been driven through the right heel bone, exactly as in the Fenstanton discovery. Two other skeletons, from Italy and Egypt, are also claimed to show heel bones with crucifixion holes.

Skeleton 4926, the label given by archaeologists for the Fenstanton skeleton, is also significant in being the best preserved physical evidence of crucifixion from the ancient world. It is the only example where an almost complete skeleton has been found. The evidence is rare as crucifixion was often carried out by tying (rather than nailing) victims to the cross, and also because the bodies were not usually given a proper burial.

The skeleton usefully confirms the Israel skeleton in telling us how the Romans carried out crucifixion. A report in the magazine British Archaeology says: ‘The man’s legs are thought to have been positioned on either side of the cross’s upright post, the feet fastened by horizontal nails through the heels. This was probably the most common method, differing from Christian iconography which shows feet fastened to the front of the cross.’

The skeleton was one of 48 excavated during the archaeological dig, and did not immediately stand out as different from the rest. It was only when it was later cleaned and examined that the nail was discovered.

According to a report in the Daily Mail, David Ingham, the project manager for the Fenstanton dig, said: ‘It’s essentially the first time that we’ve found physical evidence for this practice of crucifixion during an archaeological excavation. You just don’t find this. We have written evidence, but we almost never find physical evidence.’

The skeleton also showed signs of poor health, including dental accesses, arthritis, and traumatic leg injuries, which were probably caused by the man being held as a slave in shackles and chains.