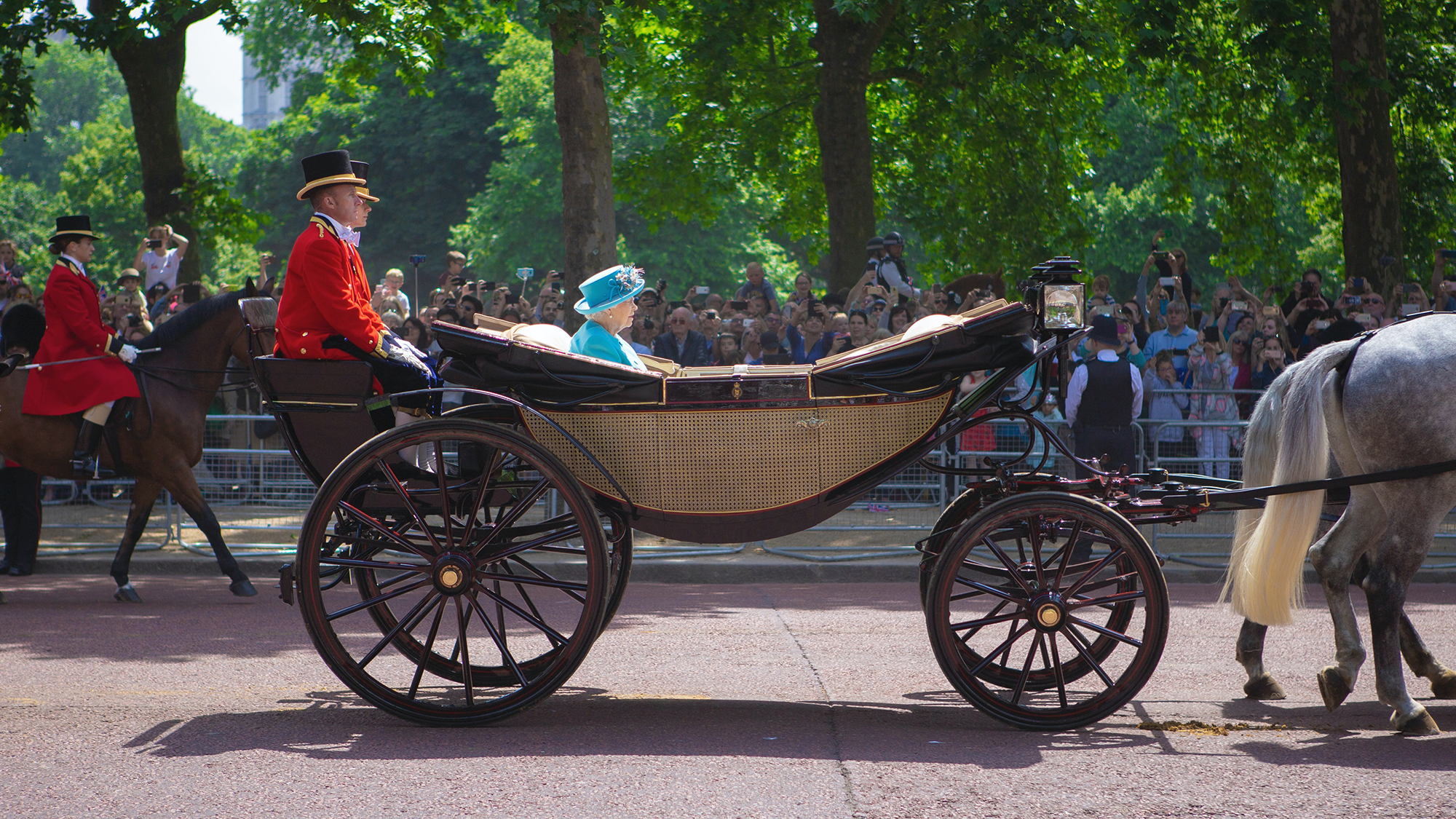 Richard Burridge, the biblical scholar, author, and former chair of Christian Evidence, pays tribute to the Queen and her deeply held Christian faith in her Platinum Jubilee year.

As a child, I was brought up to consider the Royal Family a bunch of rich freeloaders living it up at the expense of us taxpayers – and at the Silver Jubilee in 1977 my revision for my Finals at Oxford was accompanied by the dulcet tones of Johnny Rotten, belting out the Sex Pistols’ version of God Save the Queen.

And yet, 45 years later, I find myself admiring Her Majesty the Queen more and more – and praying that she will indeed ‘long reign over us’. So what has changed? As with so many things, my personal experience of what was previously unknown has confronted my initial prejudices, in the many and different occasions when I have been privileged to meet HMQ – usually in the context of prayer and worship.

It began during my first year as an undergraduate when I was invited to Windsor Castle to be invested as a Queen’s Scout (along with my Duke of Edinburgh’s Gold Award) – something the Queen has always taken seriously and tried to perform personally.

What I expected to would be a load of mumbo-jumbo and Court flouncing about turned out to be a profoundly moving and deeply Christian act of worship in the most gorgeous St George’s Chapel, which deeply impressed me as someone who had only recently entered into a fuller understanding of my own Christian faith and commitment. Additionally, in her (necessarily brief) individual conversations with those of us to whom she was presenting the certificates and badges, she was clearly trying hard to take a personal interest, and I felt very affirmed.

Subsequently, I found myself listening carefully to her messages, and especially her Christmas broadcasts, which have seemed over the years to grow more and more explicit about her Christian faith and how it sustains her in her daily life. At the same time, I have been impressed with the way she has reached out to the other major faiths now part of our society in a positive and affirming way, without compromising her own faith – a good example to the rest of us.

During my twenty-five years as Dean of King’s College London, we seemed to meet quite regularly, and nearly always in church services or receptions afterwards. But it was at Cumberland Lodge, an educational charitable foundation next door to Royal Lodge in Windsor Great Park that I most often met the Queen – at the regular Sunday morning services in the little Chapel Royal.

Her pew was (mostly) curtained off, in order to allow her to pray and worship without people gawking at her – but she always made a bee-line out of her private back door to the main church door to greet the students which we would take for weekends at the Lodge and to pray in the chapel. To witness Her Majesty at prayer, and then enjoying talking to my students, who were often from Commonwealth countries, brought home to me time and time again the reality of her own deep faith and her determined sense of Christian duty to serve God, and her people in the UK and around the globe.

And so after 70 years of her reign, I want to thank the Queen whole-heartedly for her example of her Christian commitment and duty, and her life of faith, and I find myself still praying, ‘God save the Queen’ – and even adding as my ‘Amen’, Johnny Rotten’s final shouts of ‘we mean it, man!’

This article is extracted by permission from Richard Burridge’s blog post, God Save the Queen – we mean it, man! on his website. Follow the link to read the complete tribute.