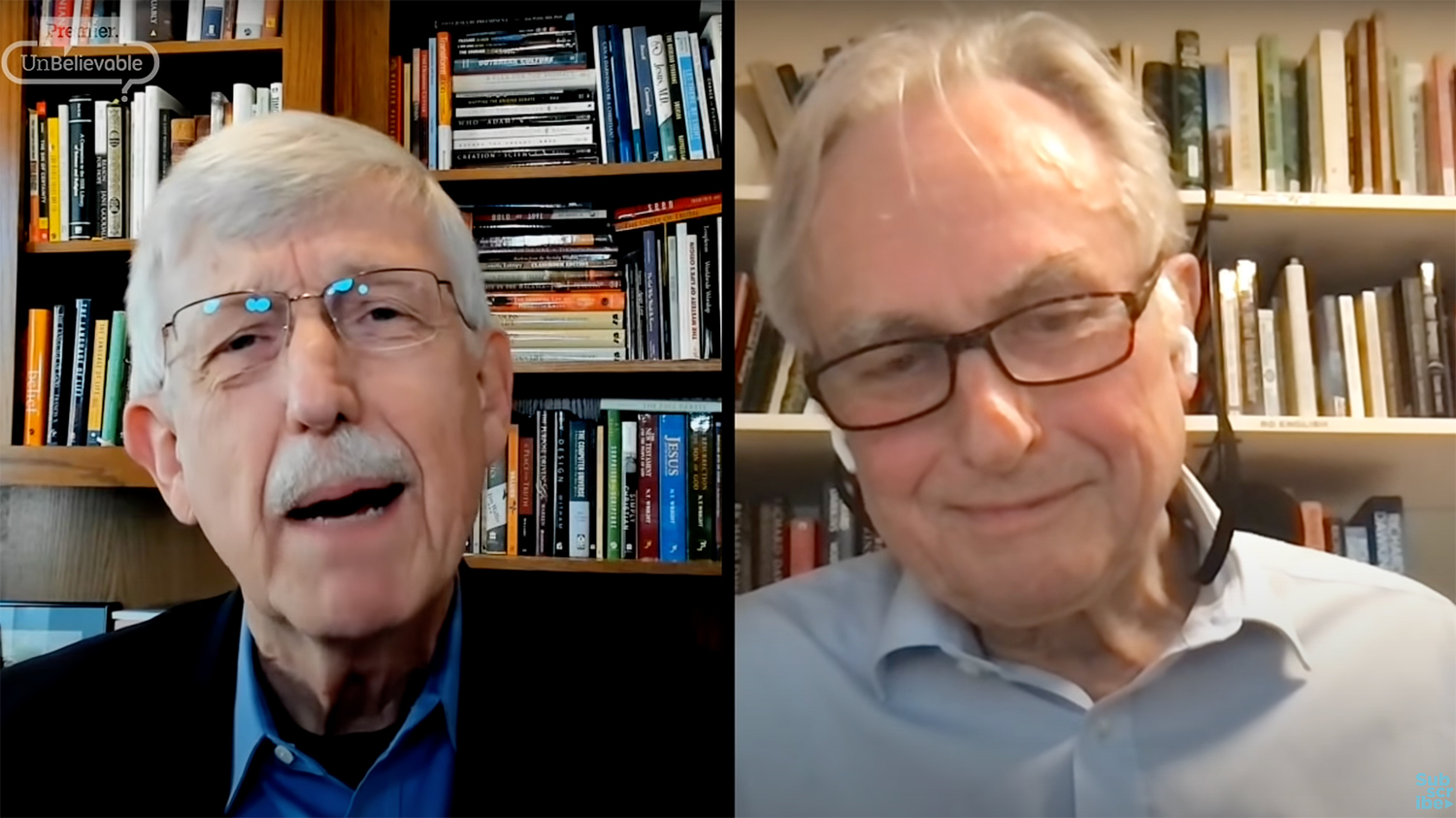 The scientists and public figures Richard Dawkins and Francis Collins recently met on a video call to discuss issues of biology, belief and the Covid pandemic. Dawkins is famous as an evolutionary biologist, and also as an energetic apologist for atheism, while Francis Collins is a geneticist and former head of the Human Genome Project, and well known for promoting positive dialogue between science and faith.

They were brought together by Justin Brierley, the writer and broadcaster who hosts Unbelievable? the radio show and podcast on Premier Christian Radio. Their meeting was part of a series, The Big Conversation, featuring world-class thinkers discussing science, faith, philosophy and what it means to be human.

In the one-hour-plus conversation, Collins and Dawkins discuss their journeys towards and away from faith, as well as issues of genetics, evolution, the origin of the universe, evil, morality and God. Watch their conversation above.

The Big Conversation is produced by Premier in partnership with John Templeton Foundation.

Richard Dawkins is emeritus Professor of the Public Understanding of Science at Oxford University, and is the author of the best-selling book The God Delusion. Francis Collins is currently serving as Science Advisor to the President, and is the author of The Language of God: A Scientist Presents Evidence for Belief.