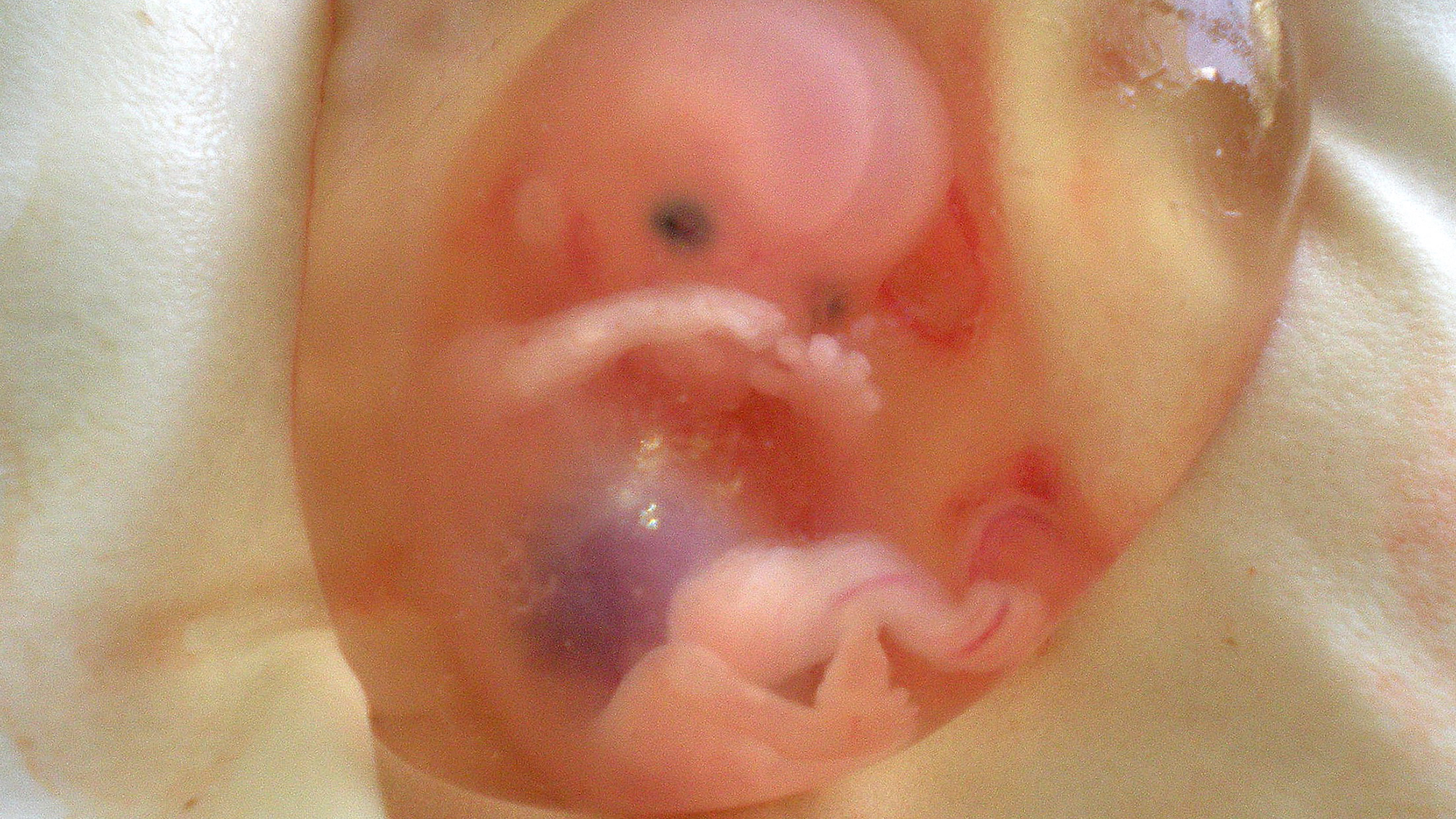 Abortion is the word used to describe the ending or termination of a pregnancy. A miscarriage or a spontaneous abortion occurs when a pregnancy ends naturally at an early stage and before the foetus can survive on its own. Sometimes people make the decision to abort a pregnancy deliberately.

In this article, the word ‘abortion’ will be used to refer to the deliberate termination of pregnancy. These deliberate abortions concern society as well as individuals: in England the law only allows abortions to take place under particular circumstances and before a specified time (see below).

Christians, like the members of the other main world religions, have important beliefs about life and these ideas influence their views on abortion. However, Christians disagree about whether abortion should ever be allowed and, if it is, about the circumstances in which it can be allowed.

All Christians believe that…

> Life is a gift from God: in the Book of Isaiah (in the Hebrew Bible or Old Testament), God is described as ‘He who made you and formed you in the womb’ (Isaiah chapter 42, verse 2). Because of this, Christians talk about the ‘sanctity’ of life, meaning that it is special and worthy of great respect.

> Each person is special to God: in St Matthew’s Gospel (in the New Testament), chapter 6, verse 26, Jesus said ‘Look at the birds of the air; they do not sow or reap or store food in barns, yet your heavenly Father feeds them. Are you not much more valuable than they?’

> The killing of human beings is wrong. ‘You shall not murder’ is one of the Ten Commandments (see Exodus chapter 20, verse 13), on which Jews and Christians base their lives. Although sometimes translated as ‘You shall not kill’, the word the word ‘murder’ is better a better translation than ‘kill’, as it refers to a violent attack by an individual.

The main debates in Christianity about abortion surround this important question: ‘When does life begin?’

> Many Christians believe that a person’s life begins from the moment when a sperm fertilises an ovum and the development of the foetus begins (the moment of conception). These Christians are generally opposed to abortion at any time. Roman Catholics, who take this view, believe that there is a God-given ‘natural law’ that conception leads to birth. They believe that to intervene at any time in that natural sequence is wrong. The ‘morning-after’ pill would be unacceptable for this reason. They do, however, allow for a pregnant woman, whose life is at risk, to have life-saving treatment, even though this may result in the termination of the baby’s life. Known as the ‘doctrine of second effect’, this insists that it is only allowable if the first aim is to save the mother’s life and not to end the pregnancy.

> Many Christians, whilst also believing in the sanctity of life, are prepared to allow abortions to happen, provided that certain criteria are met. They believe that any decision to abort a pregnancy should not be taken lightly, but after great thought and prayer and for important reasons.

> Some Christians argue that, although foetal development begins at the moment of fertilisation, early abortions for specified reasons are reluctantly acceptable because the foetus is not viable (or capable of survival) in the early stages of pregnancy. Some would say that a foetus is not ‘fully human’ until a later stage than fertilisation (for example, when the nervous system is developed). However, there is disagreement among those who hold this view as to what that stage is and when it is reached.

> The Church of England combines strong opposition to abortion with the recognition that there can be strictly limited conditions under which abortion is morally preferable to any available alternative – the lesser of two or more evils. In 1983 the Church of England’s General Synod (pictured here) passed a resolution that ‘in situations where the continuance of a pregnancy threatens the life of the mother, termination of pregnancy may be justifi ed’.

> Most Christians are opposed to ‘abortion on demand’: aborting a foetus as a form of birth control, without any reason other than that the birth of the baby is not wanted at that time. There is a widely held view amongst Christians that the 1967 Abortion Act is being interpreted too liberally and, as a result, the number of abortions is unacceptably high. For religious, moral and medical reasons, many are arguing for a lowering of the time-limit for abortions from the present 24-week limit in England.

> In England abortions are permitted after 24 weeks when there is ‘serious foetal ha ndicap’. In 1993 a motion in the Church of England’s General Synod said that this should only mean conditions where the ‘survival of the foetus is possible only for a very short period’. There has been concern among Christians that conditions which are not life-threatening are being seen by some as valid reasons for abortion.

> The Church of England, in common with many other churches, has emphasised that, although both parents, who are considering abortion, need to be treated with compassion, the mother has special needs which have to be taken into account. She is the one who is pregnant and will give birth. Many, but not all, Christians would allow abortion if the baby had been conceived as a result of rape.

Views on abortion are often characterised as falling into two groups – ‘Pro-Life’ and ‘Pro-Choice’. The ‘Pro-Life’ position is based on the belief (often on religious grounds) that a foetus has the right to life; the ‘Pro-Choice’ position is that the mother, above all, has the right, within the law, to make the choice herself. (Pictured below are picketers at an abortion clinic in New York in 1992).

Often, however, the moral dilemmas, which surround someone who is considering whether to have an abortion or not, are complex and do not present themselves as clear options either for the parent(s) or for the medical profession.

Take, for example, a single parent, with very little income, who is suffering from severe post-natal depression after the birth of her last baby. She has tried to take her own life on more than one occasion. She did not intend to become pregnant again. She does not like to think about abortion as an option, but she sees the prospect of the pregnancy and of having another baby as pushing her beyond the limit of her ability to cope with life. She asks her doctor, who is a Christian, for advice about whether to have an abortion.

A complex mix of religious, ethical, social, medical and legal issues have a bearing on the decision-making process. What may appear, to some Christians, to be a straightforward choice in principle, is complicated by the personal circumstances of the case and the need for compassion and understanding of the mother’s situation.

The fundamental Christian view, which underpins Christians’ attitudes to life, both before and after birth, was stated in a resolution from the Church of England’s General Synod in 1983:

All human life, including life developing in the womb, is created by God in his own image and is, therefore, to be nurtured, supported and protected.

How this is interpreted with regard to abortion continues to be a matter of debate among Christians, as it does in society as a whole.

For further information, search the websites of the different Christian denominations for their views on abortion.