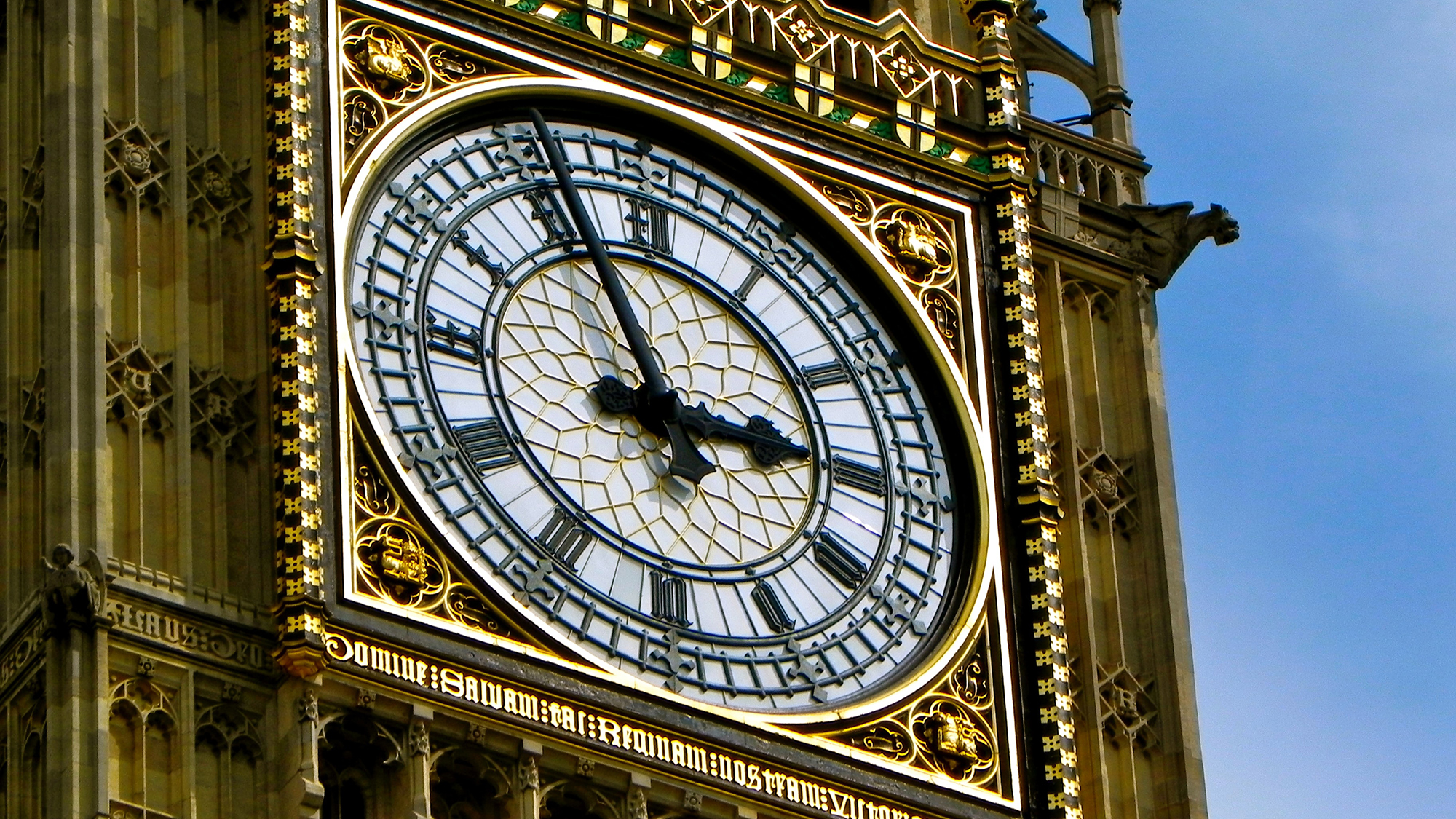 What is meant by society?

A dictionary definition of ‘society’ is: ‘the way in which organised groups of people live together.’

Countries such as Britain base their rules for society on Christian principles. This means that the laws by which the people live are based on principles found in the Bible.

Society in Britain is determined by the laws which are passed by the Government who rules the country. For many years the Church and Government were intricately involved. The two were inseparable because the people who were elected to Parliament were Christians – generally from the Anglican tradition – and their lives were dominated by their beliefs.

This situation has gradually changed as Britain has become a more multi-faith society and people who follow other faiths or who have no faith have been elected to represent Constituencies as Members of Parliament.

In 1942 a Government appointed Committee led by Sir William Beveridge produced the Beveridge Report. The Committee’s brief had been to assess the social needs of the nation. The Report said there were five evil giants which needed to be conquered, they were; Want, Disease, Ignorance, Squalor and Idleness. The coalition Government that existed in the period of the Second World War decided to tackle these needs of society with the introduction of the Welfare State. Today, Western countries have extensive welfare provisions where government organisations provide material benefits for those who are unable to support themselves adequately through paid employment, people such as the unemployed, the sick, the disabled, and the elderly.

All Christians believe that…

> In living out a Christian life, a person should treat other as s/he wants to be treated: As part of the Sermon on the Mount (Matthew 5-7), Jesus said ‘So in everything, do to others what you would have them do to you, for this sums up the Law and the Prophets.’ (Matthew 7:12). This is known as the ‘Golden Rule.’ Hence, Christians feel that those who have wealth should support the Welfare State so that it can treat everyone in the way the rich like to be treated.

> Feed the hungry, give drink to the thirsty, offer shelter to strangers, clothe the naked, visit the sick, help those in prison: In the Parable of the Sheep and the Goats (Matthew 25:31-46), Jesus showed it is the duty of every Christian to help those in need. The way in which this can be done efficiently is through the introduction of the Welfare State.

William Booth grew up amid poverty and became a pawnbroker’s assistant. At the age of fifteen he was converted to Christianity and became a minister. In 1865 he gave up the comfort of his pulpit and decided to take his message into the streets where it would reach the poor, the homeless, the hungry and the destitute. Thus the Salvation Army was started. The Salvation Army continues to work in the 21st Century where the need is greatest, guided by faith in God and love for all people. For more, see the Spartacus Educational website.

A long time opponent of apartheid, Desmond Tutu retired as Episcopal Archbishop of Cape Town, South Africa, in 1996. In an interview he said: ‘God’s dream is that you and I and all of us will realise that we are family, that we are made for togetherness, for goodness, and for compassion. In God’s family, there are no outsiders, no enemies. Black and white, rich and poor, gay and straight, Jew and Arab, Muslim and Christian, Hindu and Buddhist-all belong. When we start to live as brothers and sisters and to recognise our interdependence, we become fully human.’

This dream can be found throughout the Bible and has been repeated by all of God’s prophets right down to Martin Luther King, Jr., and Mahatma Gandhi.’ For more, see Desmond Tutu’s biography on the Nobel Prize website.

Frances trained to be a nurse but a dramatic revelation during her early twenties diverted her and she abandoned her career to become a nun. She took her vows in 1972. In 1978 she met a family with a sick child and offered to give her respite care. It was that relationship which gave Frances the idea of starting a children’s hospice and, in 1982, Helen House opened – it was the first children’s hospice in the world. In answer to the question what guiding principle has kept her going Sister Frances has responded with this story:

‘Two men are walking along a beach covered in starfish washed up by the tide. The younger man picks one up to throw it back into the sea. The older one says, “Why bother? It won’t make any difference; once the sun gets up they’ll be baked dry and die anyway.” The young man looks down at the starfish he’s holding. “It’ll make a difference to this one,” he says.’

Churches from different denominations sometimes join together to speak out on issues which affect society. The 2004 June elections in the UK provoked this response from some Anglican and Roman Catholic communities:

A coalition of churches in West Yorkshire is calling on voters to shun the BNP in the June elections.

Recently Anglican and Roman Catholic leaders in Birmingham said voting for the BNP would be like spitting in the face of God.

Bishops in other parts of the country – even rural Shrewsbury – have been issuing what sound like instructions to voters, and they’re making sure voters get the message.

Christian groups are delivering leaflets accusing the BNP of trying to divide society over the issues of race and asylum in West Yorkshire.

The BNP says the question of how inclusive society is should be up to voters. It says the churches have misrepresented its policies, and that they should stay out of politics.

But the Anglican Bishop of Pontefract Tony Robinson, who has been on the streets himself canvassing voters, says Christians have a duty to speak out.

‘Jesus himself was a political figure,’ said Bishop Robinson.

‘He challenged the political authorities of the day. He’s a model for us today, because of our concern to uphold the commandment ‘love thy neighbour’.’…

A group called Care – set up to promote Christian values in political life – lobbies MPs on a wide range of issues… Its head of policy, Roger Smith, says Christians are increasingly willing to use the political process to make their influence felt.

‘Historically there’s been a division between people who say the Church should only deal with things like the gospel, and proclaiming the good news about salvation,’ he says. ‘But increasingly Christians are waking up to their responsibility for the community and that means getting involved in politics.’

See the BBC News website for daily news, including news on religion and politics.

The Church of England website says: ‘The Christian Gospel, the Good News announced by Jesus when he quoted from the Prophet Isaiah in St Luke’s Gospel Chapter 4, Verse 18, has implications for how we live our lives, how we treat other people, and what we believe to be right and wrong. This means that if it is to do its job the Church must be involved in the area often referred to as ‘politics’. In the case of the Church of England this general point takes a particular form in that some of the bishops sit in Parliament as members of the House of Lords and are expected to speak out on issues of the day.’

The UK Parliament is based on a two chamber system. The House of Lords and the House of Commons sit separately, and are constituted on different principles. However, the legislative process involves both Houses.

At present there are 701 members sitting in the House of Lords (right). Until the Reformation in the 16th century, the ‘Lords Spiritual’ made up the majority of members of the House of Lords. They included archbishops, bishops and abbots. However, with the dissolution of the monasteries in the 16th century, there were no abbots to attend, and with limitations being placed on the number of bishops entitled to sit in the Lords, the number of spiritual peers is now reduced to 26. They include the Archbishops of Canterbury and York, the Bishops of Durham, London and Winchester, and the 21 next most senior Church of England Bishops.

The House of Commons is traditionally regarded as the ‘Lower House’, but it is the main parliamentary arena for political deliberation. A Government can only remain in office for as long as it has the support of a majority in the House of Commons. At present there are 659 Members who are eligible to sit in the Commons. These are people who have been elected to represent their Constituency by their constituents.

An adult over the age of twenty-one is eligible to stand as a Member of Parliament. At present there are 119 women who sit in the Commons. One woman MP is Siobhain Mcdonagh. Siobhain was elected to represent Mitcham and Morden in 1997. Siobhain grew up in the area and has always lived in the Constituency. Siobhain is a practising Catholic. Her faith and politics are both very important to her.

For Siobhain, being a Christian is looking outwards on a personal level. She believes that Christianity explains the reason for our very existence and gives us the opportunity to realise that there is something beyond our own selves.

Siobhain wanted to become an MP so that she could contribute to making the world in which we live better. For many years before she was elected, Siobhain had been a local Councillor and had represented the area of Colliers Wood. She contested the seat of Mitcham and Morden in the 1987 and 1992 General Elections before being elected in 1997. As MP she wants to do the best for her constituents. She also hopes that through holding regular surgeries, tea and coffee mornings, visiting local businesses, schools and hospitals she can help some people reconnect with politics and know that they too can have a voice and get things changed within society.

Siobhain recognises that all MPs enter the Commons because they want to work for the good of the people whom they represent, but as a Christian it may be that she fulfils her role for different reasons. In all she does she hopes she can accomplish the Golden Rule and do as Jesus commanded ‘…do to others what you would have them do to you…’

Since being elected MP, Siobhain has voted on a number of issues which may have caused her to question whether her politics and faith have been in conflict. She describes herself as a liberal Catholic and hence when questioned on issues such as abortion she believes that a woman should be given the choice to decide whether an abortion is the right action to take in her own situation.

One issue which did give Siobhain cause for concern was when she realised that a Catholic priest was barred from taking a seat in the House of Commons if elected as an MP. Siobhain introduced a debate on this issue and as a result the Removal of Clergy Discrimination Bill was passed and the law changed. In June 2001, David Cairns, MP for Greenock and Inverclyde, became the first MP to take a seat in the Commons having formerly been a practising Catholic priest.

Siobhain hopes that through her daily life as well as in her work as a politician she can serve the community in which she lives and help society in the way that Jesus taught.

For further information on Siobhain and her work as MP for Mitcham and Morden see her website.