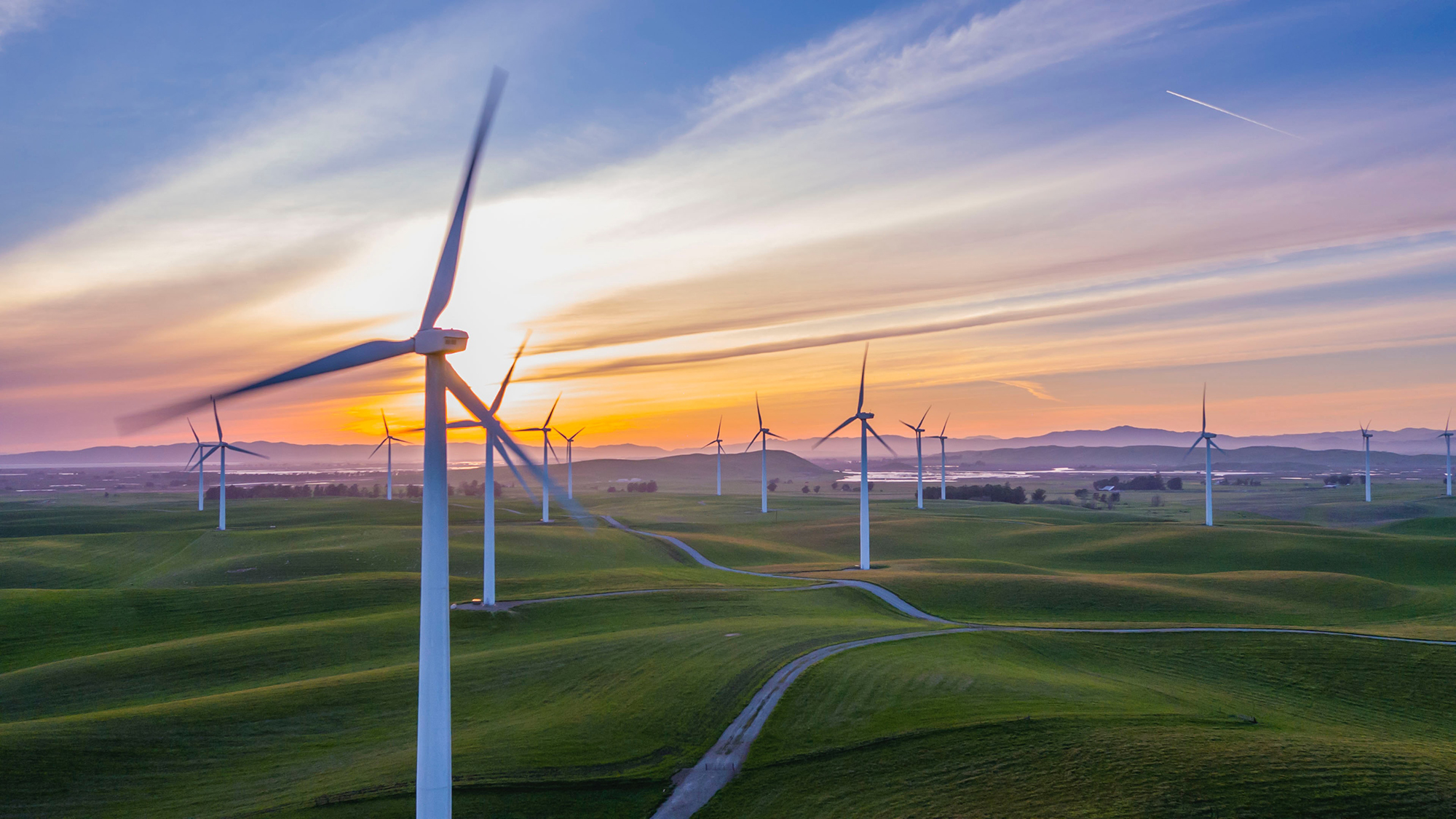 What is meant by the term ‘environment’?

The term ‘environment’ includes all that is in the world – plants, animals, humans, the earth and the atmosphere around the earth. Sometimes its meaning is restricted to the ‘natural world’, but humans are a significant part of the natural world and have a huge impact on it.

Some main Judaeo-Christian beliefs about the environment

> The first chapters in the Bible present two accounts about the creation of the world by a loving, personal God – and say that when looking on all creation, God finds it ‘good’. Most Christians do not see these accounts as literal scientific explanations of how the world began, but rather as containing important understanding about the relationship between God and the world that God made for humans to enjoy. This relationship is summed up in Genesis 2.15, where it describes how God put humankind in the Garden of Eden ‘to work it and take care of it’.

> Christians also believe that because of deep love for this world, God continues to work in and through it. In 1983 the World Council of Churches Assembly held in Vancouver produced the phrase ‘integrity of creation’. The thinking around this phrase challenges Christians to rediscover the wholeness and interrelatedness of God’s creation and the need for appropriate action to nourish and renew it. The Hebrew word ‘shalom’ (peace) is often used to describe this wholeness which will only occur when all creation works together as God intended.

> And at the end of the story of Noah (Genesis 6-9) God promised that the world would never again be destroyed by flood (Genesis 9.8-17). The sign God gave of this agreement was the rainbow. Humans have a responsibility to keep their side of the agreement.

> Christians believe that God sent Jesus to bring this covenant to its fulfilment. His miracles were signs that the new age had dawned. Jesus’ leadership was one of service, but more significantly, because he faced death and through his resurrection, Christians understand that all creation is united in Christ and that everything, not just humanity, has a future (Romans 8.19-24). Some Christians suggest that when we surround ourselves with more and more possessions we are denying the reality of death in an attempt to find immortality. By doing this we destroy God’s gift of creation. Only by trusting in God for life, can humans recognise the hope of a new heaven and a new earth where there will be no more suffering (Revelation 21.1-4).

Key Christian responsibilities that arise from these beliefs

‘With nature’s help, humankind can set into creation all that is necessary and life-sustaining. This is possible, possible through the right and holy utilisation of the earth, the earth in which humankind has its source.’ Hildegaard of Bingen (12th Century)

> Sustainable development – Much recent human development has happened at great cost to sections of humanity, animals or places, and has led to global warming and the destruction of species. Many Christians believe that this is not what God wants for the world. God has given people minds that can improve life for all without harming any person or object in the process and, according to the Genesis accounts, God gave humans the responsibility of caring for the world. The term ‘sustainable development’ describes this kind of whole development that is true progress for everything.

> Personal responsibilities – Christians believe that each person is responsible for their actions and that those who follow Jesus try to put his teaching into practice. This includes understanding that one’s personal way of life has an impact on the rest of the world. So a Christian tries to live in a way that really cares for the world, making each decision on the basis of what will most benefit other people and places.

> Responsibilities towards institutional actions – Many Christians (and others) recognise that much of the suffering in the w orld is caused and continued by the actions of large institutions such as international banks, multi-national companies and the rules that largely determine international dealings. These organisations hold most of the power in the world and are usually based in the rich countries. Their actions keep money flowing into the rich countries – and that is usually at the expense of the poor. In the last ten years ordinary people around the world, many of whom are Christians, have united to protest under the banner of voluntary organisations such as Jubilee 2000 and the Trade Justice Movement (see their web sites for more information: www.jubileedebtcoaltion.org.uk and www.tradejusticemovement.org).

Frequently asked questions about Christian beliefs on the environment

Why do disasters happen?

The term ‘disaster’ is normally used about a situation which has affected many humans – they have been killed or have lost homes and possessions. Occasionally it is used to refer to the impact on an area of environmental significance. Sometimes these disasters have ‘natural’ causes, such as earthquakes or floods. Increasingly, as human knowledge grows, there are ways of limiting the impact of such incidents. Buildings can now be built to withstand eart hquakes and hurricane shelters built in areas most likely to suffer floods or violent storms. More significantly, action can now be taken to prevent many of these incidents from occurring. For example, many floods result from the cutting down of forests and increasingly violent weather is the result of global warming. The rich are able to take advantage of this knowledge, whereas the poorer people are, the less they are able to do so.

Why are there global inequalities?

The main reason for global inequalities is the greediness of those who already have more than they need.

How should we deal with the population explosion?

The main reason for large families is poverty. A poor country cannot afford social security benefits and old age pensions, so people have to depend on their families to look after them when they grow old or are too ill to work. In poor countries, many children die of illness or malnutrition before they grow up, so it’s necessary to have enough children to be sure that some will reach adulthood. The most effective way to reduce the population is to enable people to have enough support, both financial and social, to be able to look after themselves.

Why did much of the capitalism and industrial development of the world come from a Christian background?

The countries that have contributed most to capitalist and industrial development are based on what is known as the ‘Protestant work ethic’. In other words, the belief that being a Christian means that you commit yourself to whatever the task is. ‘Whatever your hand finds to do and do it with all your might’.

What is meant by co-creation?

The term is used to explain the idea that God and humans are continually creating the world through their ongoing actions and that they are involved in this together.

Some important Christian images that refer to environmental issues and beliefs

Jesus used many of the ordinary things of life – familiar to everybody – to help people understand the purpose of his life and teaching.

> Water – Jesus said that whoever drinks the water he gives will never be thirsty again (John 4.13). This picture has a real impact in a hot country where water is scarce and it is quite possible to die of thirst.

> Bread – Jesus also described himself as the ‘bread of life’ (John 6.35). He said that whoever comes to him will never be hungry again. This is also a significant picture for a place and time where hunger was never far away.

> Life – Jesus explained that he not only came to bring new life but that he is the resurrection and the life for the world which has become full of suffering because of human selfishness and greed (John 11.25). See the last bullet point under ‘Main Judaeo-Christian beliefs’ (above) for more about this.

> A new earth – Both the Old and New Testaments refer to a time when there will be a new heaven and a new earth (for example, Isaiah 11.1-9, 43.3-21; Revelation 21.1-4). The world as we know it now is full of suffering and evil, but God has promised a new world where this will no longer be so.

The motivation and work of Christian relief and development agencies

There are a number of Christian relief and development agencies based in the UK. Although they share many values and are all concerned with supporting those who experience great poverty, oppression or loss, they do not all work in exactly the same way.

Find out more about each agency by looking on their web sites, such as:

Christian Aid, the principal agency set up and supported by the main church denominations of the UK and Ireland.

CAFOD, the principal Roman Catholic agency of England and Wales

Tearfund, the agency of the Evangelical Alliance

The Christian Ecology Movement is not a relief and development agency, but is concerned with issues such as energy and ecology. It has recently launched ‘Operation Noah’ to encourage the UK churches to become more aware of climate change and what can be done to limit its impact.