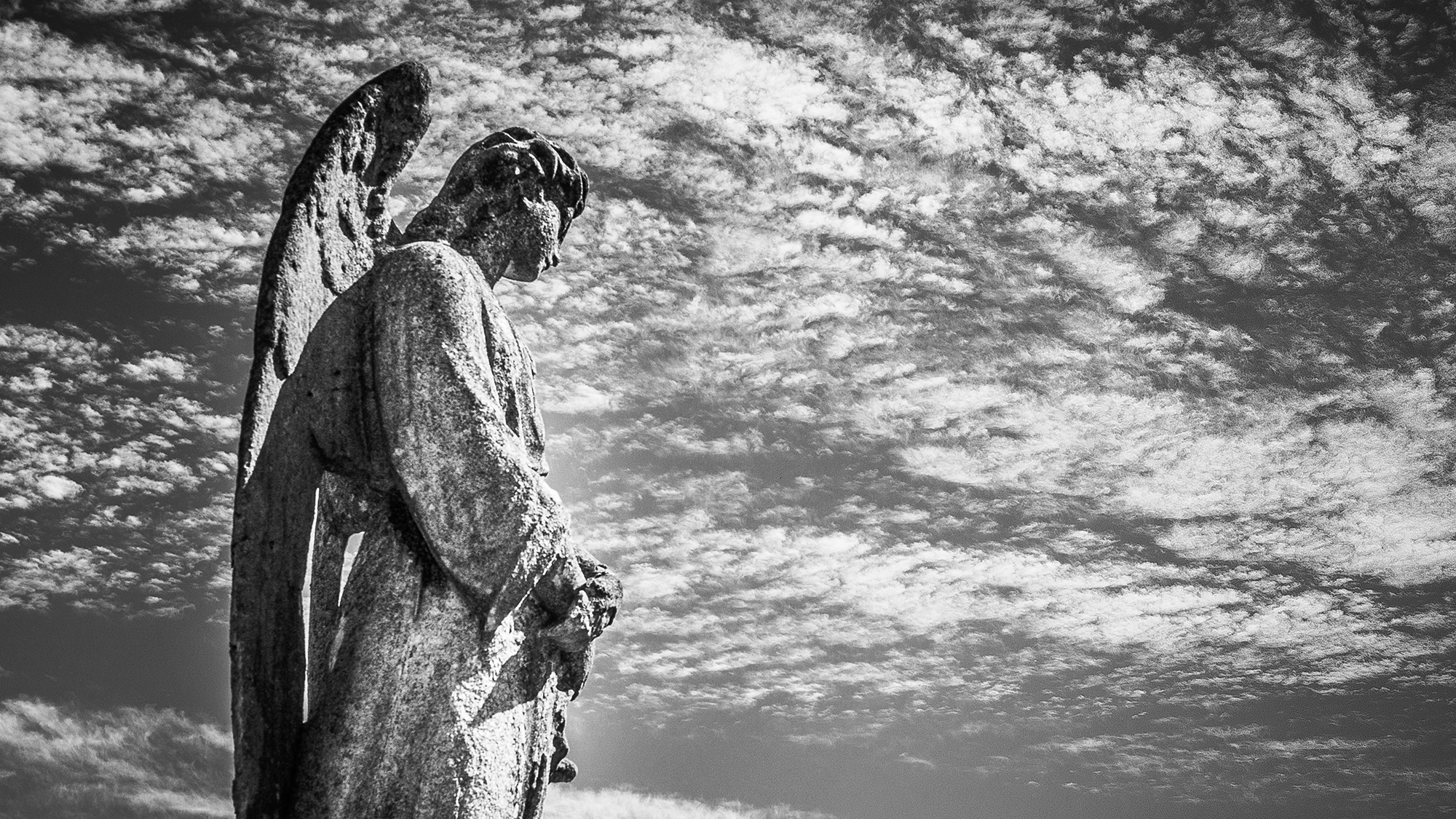 Virtually every religion believes that the human person can live beyond death. Some (particularly the Eastern faiths) see this ‘life’ in very non-physical terms, as the personality or ‘spirit’ being caught up into the divine. Some, however, especially Christianity and Islam, see it in intensely physical terms. They believe that it is as whole people – body, mind and spirit – that we live beyond death, in somewhere that can be called a ‘place’ and in the company of others who have made the same journey.

Certainly for Christians this belief is absolutely fundamental. Take away belief in what the New Testament calls ‘the resurrection’ and there is really nothing much left. The apostle Paul, one of the key Christian leaders, whose writings appear in the New Testament, made exactly this point in his first letter to Christians in the city of Corinth:

If only in this life we have hoped in Christ, we are of all people most to be pitied. (I Corinthians 15, verse 19)

This is the culmination of his argument that Christ was raised from the dead and that, because of this, Christians too can be raised from death.

Life after death, in this scenario, means that because Jesus Christ rose from the dead, it is now possible for those who believe in him to be raised from death and to share his risen life in heaven. This belief is known as resurrection, which is not the same thing as reincarnation (people returning to earth in another form, whether human or animal), or resuscitation (a dead body brought back to life).

Many people seem to think of the Christian belief in life after death in terms of reincarnation or resuscitation, but the Bible, the Christian Church and Jesus himself are clear that they are not. The Christian faith is built on resurrection. The idea that Christians believe that graves empty and bodies reassemble themselves is the stuff of horror movies rather than the Bible. In fact St Paul says very categorically Flesh and blood cannot inherit the kingdom of God , nor does the perishable inherit the imperishable. (I Corinthians 15, verse 50). His argument is that bodies designed for life on this particular planet in this time/space environment cannot dwell in heaven, which is on another level of existence altogether – what he calls the ‘spiritual’.

This view does not imply that resurrected people are ghosts or spirits, without physical form or substance. What the Bible and Christian tradition teach is that we shall all receive a new body, one specifically designed for life with God in heaven (see I Corinthians 15, verses 15-53). As for reincarnation, again the Bible is clear: It is appointed for mortals to die once, and after that the judgment (Hebrews 9 verse 27).

Christians, in common with many people of other faiths, believe that after death it is possible for people to move on into life with God in a perfect environment which is called heaven. Jesus spoke of this principally as a place where God would be (see John 14, verses 1-6). He is the very heart of heaven and the source of its beauty, truth and light. Heaven is a ‘place’, in the sense that it is specific and real, identified as ‘where God is’; but it is not a ‘place’ in the sense that it could ever be found on a map of the universe. To ‘go to heaven’, in other words, does not involve space travel, but spiritual transformation. So Christians believe neither that they go ‘up’ to heaven nor that they go ‘down’ to hell! We do not so much as go to a different location, as enter into a whole new dimension of living. If heaven is where God is, then it is not limited by constraints of space or time. Consequently, we do not have an ‘age’ in heaven: we neither get old nor become young. We share the life of God, no more and no less – a life which it is possible for us to experience in some measure on earth, but which will reach its fulfilment in heaven.

So far we have looked at the mainstream Christian belief about life after death. Amongst Christians there is quite a debate in modern times about how we are to understand and apply these ancient teachings in our modern world. Many are very unhappy with the idea that anyone is excluded from heaven or dispatched to hell, either on grounds of behaviour or belief, even though Jesus, no less, taught of the possibility of exclusion, or at any rate of punishment after death. Universalists are those who believe that, through the mercy of God, everybody without exception will be saved and enter into the kingdom of heaven. Others believe that only those who believe in Christ will have eternal life; the rest will simply die and enter oblivion. This is known as conditional immortality. There are also, of course, many ‘folk’ traditions and ideas which attract various Christian trappings, but are not and never have been part of mainstream Christian belief.

In classic Christian belief, heaven is not simply a place where the ‘good’ are rewarded, but the environment in which, through God’s mercy, forgiveness and love (and especially through the forgiveness which Jesus Christ gained for humans on the cross), we can enter into life with him for ever.

Although the idea of hell figures prominently in medieval art and literature, there is surprisingly little about it in the Bible. Most of the references to it are on the lips of Jesus, who spoke of it as Gehenna, the place of cleansing and purifying fire in a valley outside Jerusalem . This suggests that he thought of it as a place where what was corrupt, unclean or evil would be either purified or destroyed.

Certainly the Bible holds the possibility that some of those who are implacably committed to evil and resist God’s love may find themselves in such a place. Exclusion from heaven is, in fact ‘hell’, because, if God is the source of all that is good, then to be excluded, or to exclude ourselves, from his presence is to be excluded from goodness itself.

Hell is not to be confused with hades, which is simply the ‘place of the dead’, the grave.

The influence of belief in life after death

Obviously people’s beliefs about life after death tend to shape their approach to life here and now. This influence seems to have been much stronger in the past than it is today, even amongst practising Christians and other people of religious faith. However, a belief that we shall be held accountable one day for the lives we live now is clearly influential on our present behaviour, quite apart from the issues of reward and punishment, which seem to concern modern Christians less than they did earlier generations. What is called ‘the Christian hope’ – a belief in a life with God beyond death – is still a significant factor in everyday faith in helping people to live with the notion of mortality.

Jung, the great psychiatrist, said that a belief in immortality had great power because ‘no one can live in peace in a house that he knows is shortly to tumble about his ears’. In any case, a belief in life beyond death gives a different perspective to the life we live now. It is a key Christian belief that this is not ‘all there is’.