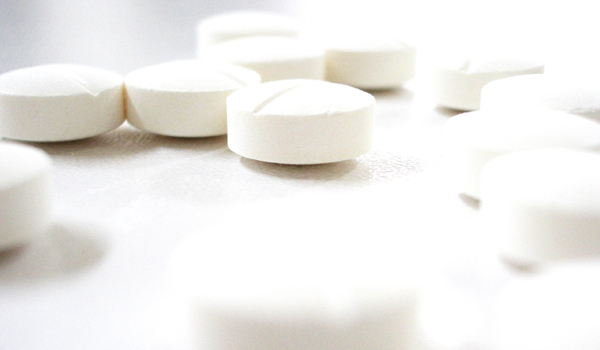 The word ‘euthanasia’ comes from two Greek words which literally mean a ‘good death’ or to ‘die well’. The definition of euthanasia is inevitably determined by different points of view. For example…

Two types of euthanasia are often referred to. First, there is passive or voluntary euthanasia. For example, withholding or stopping medical treatment which is artificially keeping someone alive. Usually the person is unconscious or near to death. In some cases this may involve turning off a life-support machine with the agreement of doctors and the patient’s family.

Secondly, there is active or voluntary euthanasia. For example, the deliberate action to end a life, usually at the patient’s request or at the request of someone else. This might involve giving drugs to speed up death (not just to reduce pain).

Euthanasia is a complex focus of legal, moral and religious debate. The right to life is seen as a fundamental human right for all people: this is enshrined in the UN Charter, the European Court of Human Rights and, in England, in the 1998 Human Rights Act.

People with religious beliefs share with others that human life is special and every effort should be made by individuals, communities and nations to preserve it and to improve its quality. In addition, all the world faiths see human life as a gift from God. They therefore often talk about the ‘sanctity of human life’ – something to be cherished because of the belief that each life is of value to both God and humankind.

Christians base their beliefs mainly on the Bible, where, they believe, they can find God’s teachings for all people of all cultures and all times. In the Old Testament (or Hebrew Bible) these words powerfully establish the key ideas…

In the New Testament, the importance of human life is seen, for example, in these words…

Jesus, the founder of Christianity, cared for people who had a poor quality of life and for those who were regarded as outcasts in his society. Each person mattered to him.

Two differing views are commonly heard in the debate on euthanasia…

UK society has been very careful not to place upon the medical profession the responsibility of ending a person’s life, except in specific instances covered by strict regulations, such as the withdrawal of life-support. Society has, however, backed the medical profession in the development of ‘palliative care’. This is care which is designed to relieve suffering, particularly by the careful administration of controlled doses of pain-killing drugs.

Christians have in recent years been pioneers in the UK of the Hospice Movement, establishing places where terminally ill patients can live for short periods of time or permanently for the last stages of their lives. Hospices aim to do more than relieve pain: they try to create surroundings where terminally ill patients and their families can feel positive about the time they have left.

Although the founders of the Hospice Movement, such as Dame Cecily Saunders, believed in the Christian hope of life after death, they also believed that, as Christians, life before death is worthwhile and that they should work to make it so for their patients.

When does life end? The medical profession uses specific criteria to determine whether a person has died. Sometimes, when a person is in a coma (a long-lasting state of unconsciousness), s/he may be said by doctors to be in a ‘permanent vegetative state’ and the body only functions because of a life-support machine. Occasionally the courts have to rule on whether, in some cases, a life-support machine can be switched off.

For example, a young victim of the Hillsborough football stadium disaster, Anthony Bland, had been diagnosed as being in a state of persistent unconsciousness. He had been in a coma for a long period of time, and an application by the local health authority led to a declaration in 1993 by the English courts that continued tube-feeding (and by implication, continued living) was not in the young man’s best interests. All food, water and antibiotics were withdrawn from him and, as expected, he died – nine days later.

But the House of Lords were very careful to make clear they were not permitting active euthanasia. This was a specific case of someone in a coma, who was being allowed to die, rather than being kept artificially alive.

The general Christian view on passive euthanasia is that it is not incompatible with the Bible. It is not actually bringing about death by giving treatment to speed it up. Rather it is seen as withdrawing treatment which is keeping someone artificially alive. The Christian church does not consider passive euthanasia to be wrong: it is not artificially prolonging life, but allowing the injuries or illness a patient has, to bring about their death naturally.

Generally this describes a decision by a patient, with the support of others, to end his/her life, because a terminal or degenerative illness has led to a painful existence with a very poor quality of life. The patient may, for example, ask family members or medical staff to assist them in their death, by giving them a combination of drugs which induces death. Some people make a ‘living will’, when they state, that, if they are ever terminally ill or unconscious and close to death, they do not wish to be resuscitated.

The case of Dianne Pretty became well known in the moral and legal debate about voluntary euthanasia. She suffered from Motor Neurone Disease,a terminal illness that left her paralysed from the neck down, and in need of 24- hour care. Facing an unpleasant death, and unable to take her own life, she wanted her husband to help her to die without his being prosecuted. She was involved in many legal hearings, including one in the House of Lords, when she asked for permission for her husband to help her to die. She failed in this, and she died without help in May 2002.

A different perspective comes from Frances Pollak, who, as an 85 year old former nurse, had ‘do not resuscitate’ tattooed on her chest as an instruction to doctors, should she fall seriously ill. ‘When I was nursing,’ she explained, ‘they resuscitated so many people that they shouldn’t have. I don’t want to die twice. By resuscitating me, they would bring me back from the dead only for me to have to go through it all again.’

While medical staff, often in consultation with relatives, may have to decide whether or not to resuscitate a patient, every doctor’s first priority is to save life and improve its quality. Any decision not to resuscitate someone is made with the patients’ best interests in mind.

In the UK the legalising of assisted suicide is being debated, following the introduction in 2005 of a bill to achieve this in Parliament. Assisted suicide involves asking the medical profession, given certain conditions, to provide support to a person who, because of their medical condition, wants to end his/her life.

It is not illegal in Switzerland. This became headline news when Reginald Crew, aged 74, who had Motor Neurone Disease, travelled to Swi tzerland with his wife, Winnie, to an organisation called Dignitas in order to end his life. Assisted suicide is not illegal in Switzerland as long as the fatal drugs are self-adm inistered and the person is taking a rational decision to die. Dignitas provides a clinic where a lethal drip is set up. It is the patient, however, who presses the button to begin the injection of the fluid. It is therefore an act of suicide which is assisted.

After Reginald Crew’s death, his wife was questioned by police officers over her role in it. Travelling with someone to assist their suicide, or helping them make arrangements for it, is considered to be helping them to die, and is currently a crime in the UK.

All the Christian denominations in the UK are opposed to allowing assisted suicide. The Bishop of St Albans, the Rt Rev Christopher Herbert, wrote in 2005 that passing such a law would ‘give any one of us the right (in given circumstances) to demand and require that another human being kills us’. In an article in The Times in January 2005, the Archbishop of Canterbury asked, ‘Does a right to an assisted death entail a responsibility on others to kill?’

Euthanasia was discussed at the Lambeth Conference in 1998, when Anglican Archbishops and Bishops from all over the world met in London. They outlined what they called ‘five bedrock principles’ which should undergird all discussion of euthanasia. They are these:

1. Life is God-given and therefore has intrinsic sanctity, significance and worth.

2. Human beings are in relationship with the created order – a relationship characterized by such words as respect, enjoyment and responsibility.

3. Human beings, whilst flawed by sin, nevertheless have the capacity to make free and responsible moral choices.

5. This life is not the sum total of human existence; we find our ultimate fulfillment in eternity with God, through Christ.

The Bishop of St Albans’ speech to the Church of England General Synod in 2005.