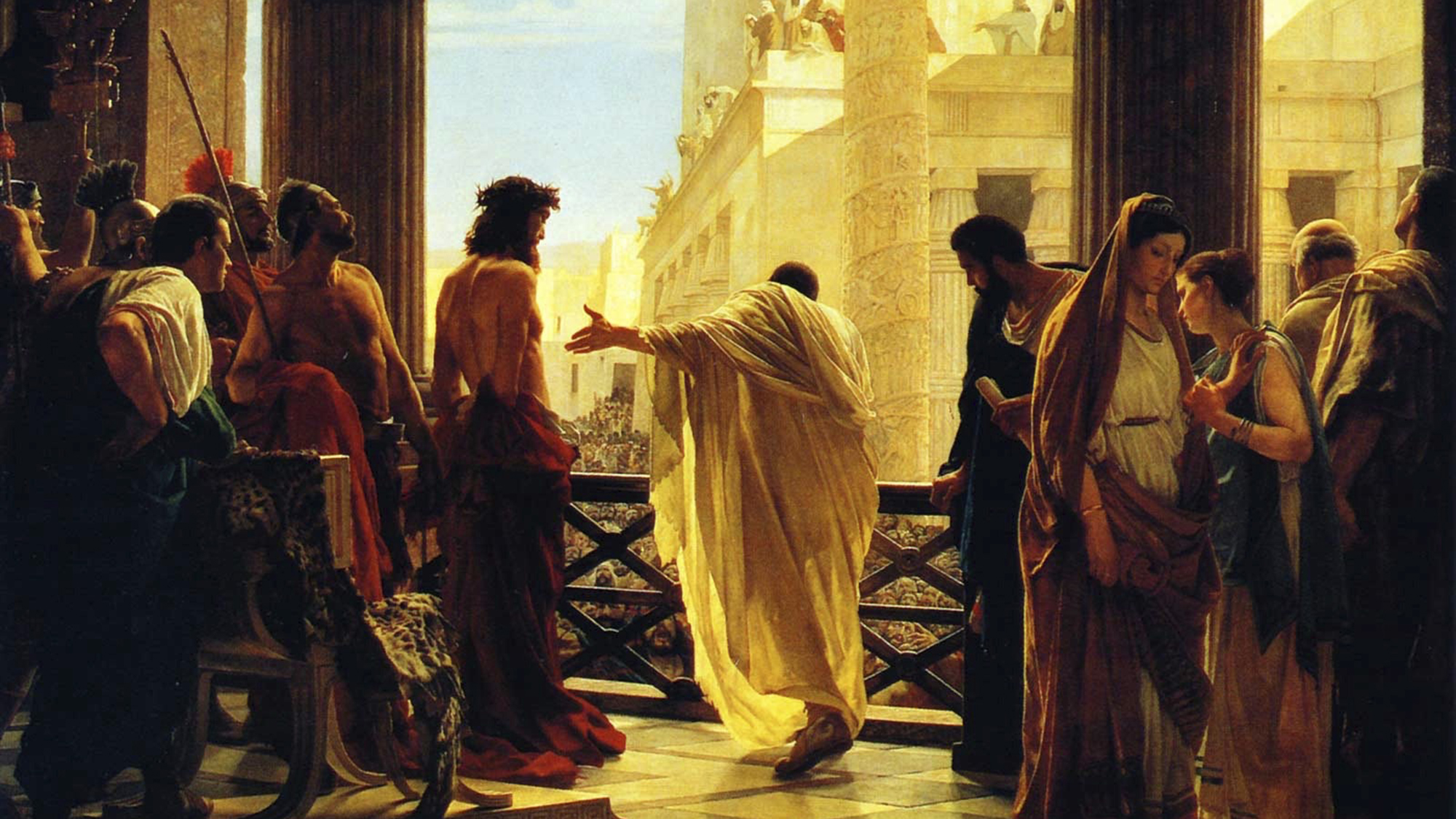 An ancient copper ring unearthed in Israel 50 years ago, but which has only just been cleaned and examined, may once have belonged to Pontius Pilate, the Roman governor who sentenced Jesus to death, archaeologists have announced.

The ring, which was discovered in 1968 in the ruins of the Herodium, the palace of King Herod the Great, near Bethlehem, shows a wine vessel surrounded by the Greek letters of a word translated as ‘Pilatus’. The ring would have been used to seal official documents, and archaeologists believe it may have belonged either to Pilate himself, or to an aide in his office, sealing letters on his behalf.

The discovery has excited interest because this is only the second artifact ever discovered to carry the name of Pilate. The other is a stone block bearing a four-line inscription which includes the remains of the words ‘Pontius Pilate’. The ‘Pilate Inscription’, as the stone is called, was discovered in 1961, when a Roman building was excavated in the Roman port of Caesarea Maritima. Until its discovery, there was no archaeological evidence for the existence of Pontius Pilate.

A scientific and historical analysis of the inscription on the ring was announced in the Israel Exploration Journal last week. The current director of archaelogy at the Herodium site, Roi Porat, had asked that the copper ring be given a laboratory cleaning and scholarly examination.

Porat says: ’It was important to publish a careful scientific article. But in practice, we have a ring inscribed with the name Pilate, and the personal connection just cries out.’

The article itself outlines a number of possible scenarios to explain the ring, including the theory that the name may have referred to officials under Pilate’s command, or members of his family, or to his freed slaves. Another scenario is that the ring belonged to someone else entirely who shared Pilate’s name, although no one else of that name is known from the 1st century, and the dating of the ring is very close in time to Pilate’s governorship of Judea.

Read more about the Pilate Inscription in our free PDF booklet, Digging for Evidence