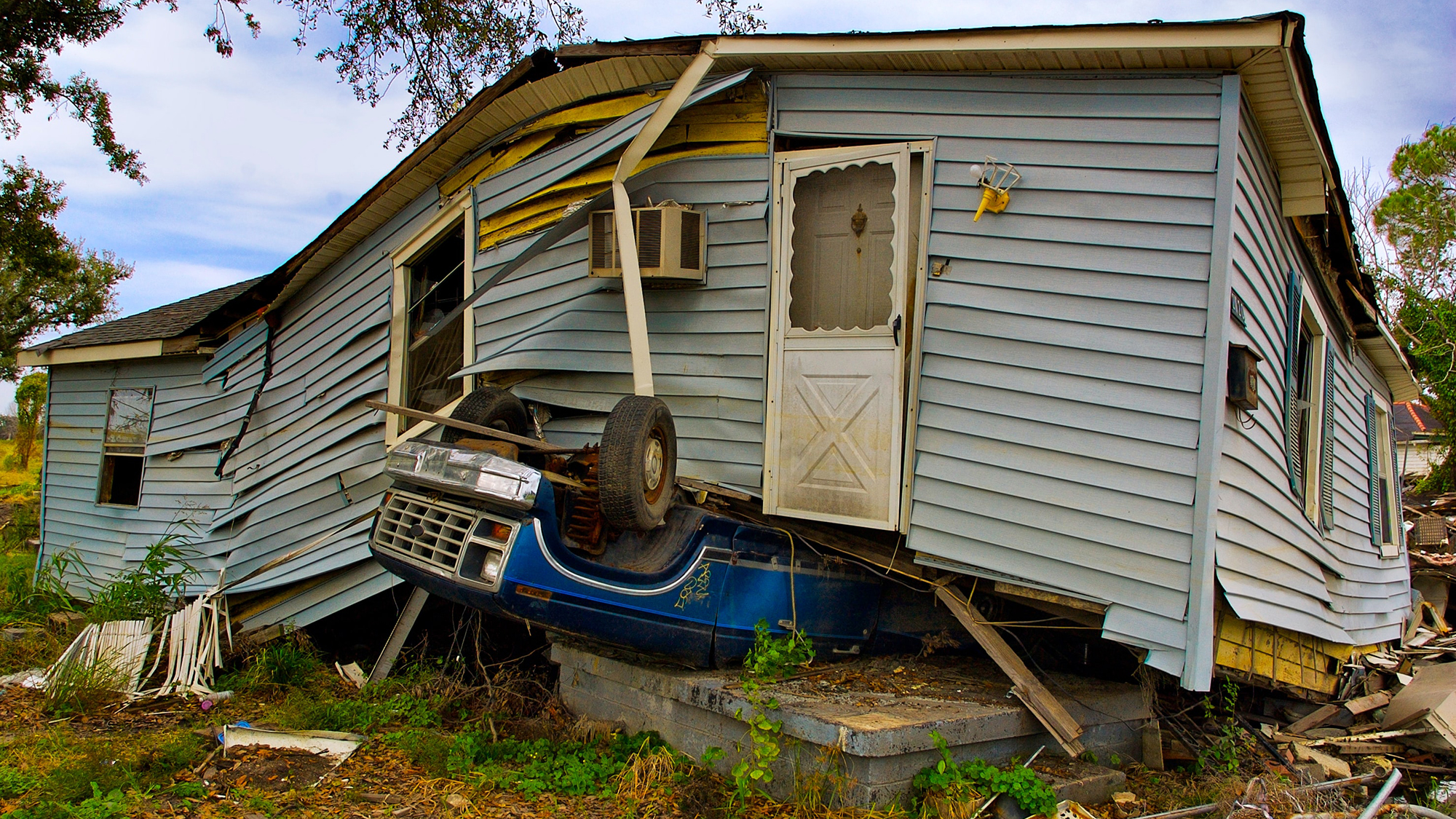 ‘Some of the fundamental questions religion asks are: What kind of world do we live in? What, if anything, does God demand of me?’ Dr Jonathan Moo, associate professor of New Testament and environmental studies at Whitworth University, Washington, talks to Nigel Bovey about climate change and human responsibility.

Dr Moo, what is your academic background?

As an undergrad, I studied biology and English literature in Chicago. I then spent a year working in a seminary. While I was there, I enrolled on a theology course. I then did a master’s degree in wildlife biology at Utah State University, followed by time studying the New and Old Testaments in Boston, before completing a PhD in early Judaism and the New Testament at Cambridge University.

You have been working as part of the Faraday Institute for Science and Religion in Cambridge for ten years, which suggests you see no conflict between science and faith.

That’s right. At Whitworth University I teach the New Testament, environmental studies, and courses on science and faith. I have been able to weave together my love of science and of Scripture and Christian theology and think about how those things go together.

As someone whose heart as well as head is in wildlife biology, how do you react to America’s withdrawal from the Paris agreement on climate change?

I’m in profound despair about my country for lots of reasons, this being one of them. Already the US is not moving fast enough in addressing climate change, and this seems like a major setback. The only possible positive is that it brings things out into the open. It shows the world that, as a nation, the US is really not doing anything significant about the climate. It’s a reminder not to put our final hope and trust in government.

To what extent is climate change action hampered by fake news?

It’s remarkable how much misinformation has persisted for so long about climate science. It is incredible that so many American politicians continue to publicly doubt even basic climate science. Their stance gives fuel to those who are disinclined to believe it to claim that ‘the science isn’t settled’, or it’s a hoax, or we ought not to act because we might threaten economic growth.

I think some of the scepticism about climate change science connects with the conservative Christian view that is sceptical of evolutionary science.

How do climate change sceptics back up their point of view?

There has been a successful media campaign, some of which has been funded by oil companies, to sow seeds of doubt in the public’s mind. An early strand was to raise questions about the sun’s impact on climate change. The suggestion was that the ‘science isn’t sure’.

Opponents point to the weather forecast. They argue that if weather forecasts for tomorrow are often wrong, why should anyone believe predictions about the climate in 20 or 30 years’ time. The fact that weather and climate are related but different is lost in the religious, economic and political overlays.

Where is the evidence strongest that damaging climate change is a reality?

The climate has always changed. The first difference with what we are seeing now, and are likely to witness in the coming century, is that human activity is causing it, primarily through the emission of greenhouse gases. The second difference is the unprecedented rate at which the climate is changing. When climate changes rapidly it makes it difficult for humans and other creatures to adapt. The living world is already under threat from humanity. Climate change presents yet another challenge.

The third difference is that many people live in regions that are particularly susceptible to rapid climate change.

For the past 10,000 years the climate has changed very little – the average global temperature has varied by no more than a degree or so celsius. The climate is now warming more than that, and that is having an impact. Warmer air holds more water vapour, so the hydrological cycle is more intense. This leads to stronger storms and longer periods of drought. Extreme summer heat leads to crops dying. Warmer winters mean insect pests flourish in places they had not before. Rising sea levels threaten many low-lying coastal communities. Even salt water inundating land in a storm can render the soil unusable for crop planting.

Most countries see economic growth as the key to survival and the antidote to suffering and poverty. Emerging economies, such as China and India, are powered by the burning of carbon-heavy fossil fuels. The West built its wealth on fossil fuels. What moral right does it have to tell the emerging world to go green?

The West has no moral right. It does, though, have a moral responsibility. The West has benefited far more than any other part of the world from the burning of fossil fuels. For a long time it did not know that what it was doing had negative impacts. But now we know, we need rapidly to withdraw from using fossil fuels, encourage the majority world to do likewise, and bear much of the economic cost of making that happen.

One of the many awful realities of climate change is that it will be people in areas that are least able to adapt who will suffer the most. We cannot address climate change without considering issues of justice.

It is a moral imperative for the West to take leadership in reducing its own emissions and providing technology and assistance to ‘less developed’ regions, to enable them to develop in healthier and more sustainable ways.

Speaking of leading by example, if the world’s most advanced industrial nation refuses to cut emissions, why should I recycle my milk bottles?

As a Christian, for me it comes down to personal virtue. Whatever is going on in the world, God calls us to do the right thing, even if we don’t see the impact of our actions.

Is there a single ‘silver bullet’ answer to arresting the rate of climate change?

No. One of the dangers of a technocratic approach is the hope that one day, science will unearth a silver bullet. It might. It hasn’t yet. Climate is complex. It is not like turning a thermostat down. It is more like poking a beast. We need to think about how we do that less and how we live better in relationship with the world of which we are a part.

How can we live in that better relationship?

The most obvious mechanism within the present system is to price the cost of greenhouse gas emissions into everything we do and buy, and to use the proceeds as a dividend to help people to adjust and to invest in renewable technologies. But we need to make changes that go beyond economics. The challenge is to show that life does not depend upon consuming things – that a good, joyful life is possible in other ways.

Is a person’s relationship to the natural world and their response to climate change a spiritual matter?

From a Christian standpoint, the material and the spiritual are always intertwined. Some of the fundamental questions that religion asks are: What kind of world do we live in? Who am I? Who is God? What, if anything, does God demand of me? Materialism, consumerism and environmentalism are, therefore, spiritual issues.

What insight does the Bible give into caring for the planet?

The first vocation given to humans in Scripture is to work and to keep the land in which they were placed. Human beings are embedded within a community of creation, and this creation is good and valued by God.

God then gives humankind particular responsibilities within creation – to rule over other creatures and to work and to keep the ground. That is a part of our human vocation.

Then there is the most dramatic affirmation of the goodness of the material world – God becomes incarnate. The life and ministry of Jesus are the proclamation of a kingdom that encompasses all life. The reconciliation with God comes about through the forgiveness of sins that is made possible only through Jesus’ death and resurrection – a reconciliation with the Creator that extends to the whole of creation.

Sometimes the planet wreaks havoc, destruction and death. Why does God allow that to happen?

Many geologists maintain that the world would not be as beautiful and fruitful if it wasn’t for phenomena such as volcanoes and earthquakes. So, in one sense, ‘natural disasters’ are just a part of this fruitful, good world that God made.

However, when those natural disasters lead to human suffering and death, we rightly mourn and fight against that and seek to build cities that are more resilient. In other words, humankind can use its knowledge and ingenuity to lessen the impact of such events.

The question of innocent suffering is part of the mystery of evil that has confronted humankind for millennia.

The biblical perspective is that the present world is not ultimately the world that God intends – that human rebellion against God means separation from God and from each other and that physical death is the sign of our spiritual death and separation. Nevertheless, God remains faithful to his creation and, because Christ took suffering and evil upon himself, is able to give life back.

What convinces you that there is a God?

I grew up in a home where the Christian faith was proclaimed and lived out. Because of my own unfaithfulness, when I was in graduate school, I began to walk away from my Christian faith. A lot of my friends were self-confessed pagans. I spent most of my time in the mountains, and I had lots of intellectual questions about the existence of God and who I was.

I wrestled with the faith. I battled to see how science and faith could go together. I read a lot, including CS Lewis, and eventually concluded that the world made more sense from a Christian standpoint than from any other. That’s what I did. What God did, by his Spirit, was to perform a work of grace within me.

Why is an either/or choice between being a scientist and a Christian unnecessary?

The notion of ‘necessary conflict’ between faith and science is relatively modern. From a Christian perspective, science is the study of God’s world. The world is one way through which God has revealed himself.

First, if there is a creator God, then he can act in shocking, surprising ways to fulfil his purposes.

Second is the encounter with Jesus that we have in the Gospels and the proclamation about him by his earliest followers, some of who went to their own deaths because of their conviction that Jesus had been raised from the dead. Their convictions do not prove the resurrection, but they speak to me about its reality.

What does your relationship with Jesus give you?

It gives me reconciliation with God, a new life now, hope for the future and joy every moment. It is an invitation into love. The love that exists at the heart of God sends us to love others and to love the world he created.

This interview was conducted by Nigel Bovey and first appeared in The War Cry. It is used here with permission. ©The Salvation Army 2019