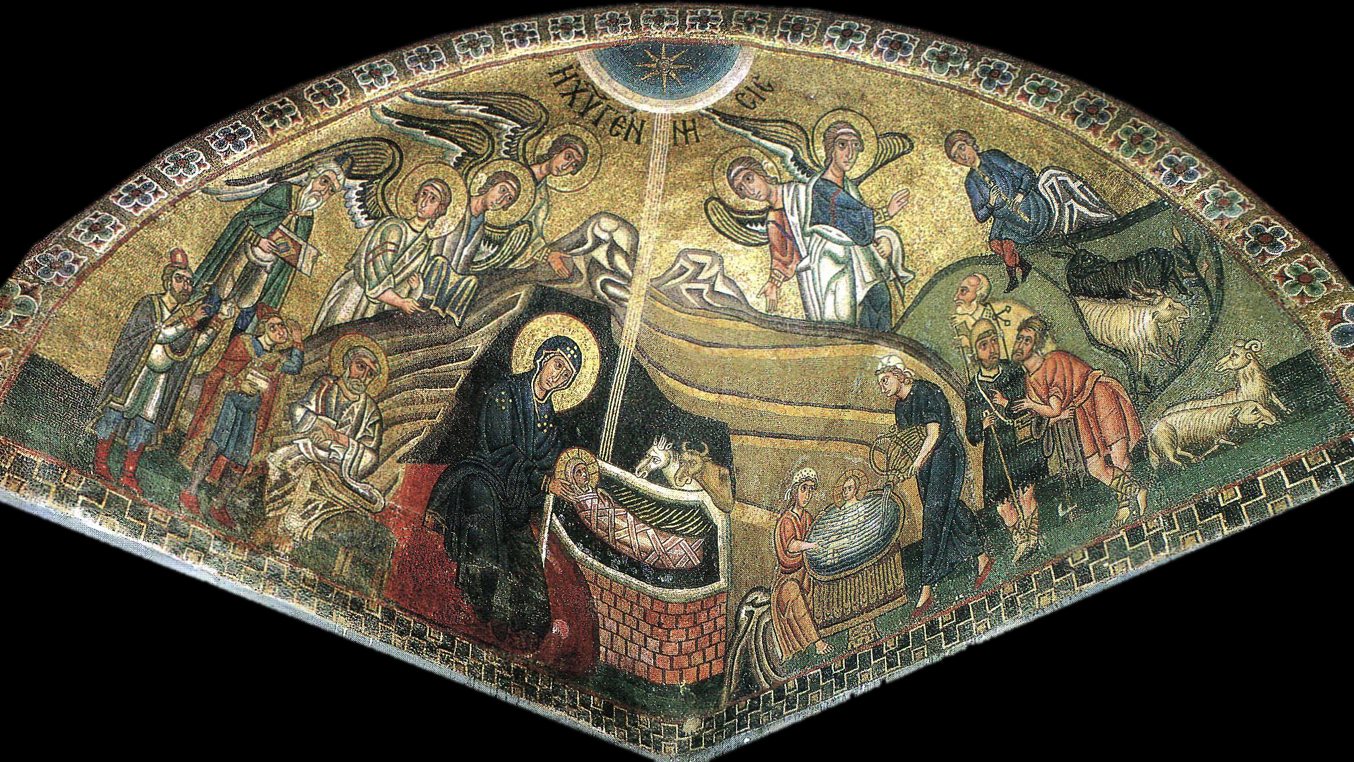 The story of the birth of Jesus is well known through Christmas carol services and nativity plays. But modern archaeological finds have helped give the story greater depth – for example, by showing that the village of Nazareth, where Jesus grew up, was a tiny, impoverished settlement. Here are three details from the Christmas story, illuminated by archaeology, taken from the booklet, Digging for Evidence, by Peter S Williams.

‘In those days Caesar Augustus issued a decree that a census should be taken of the entire Roman world… And everyone went to their own town to register. So Joseph also went up from the town of Nazareth in Galilee to Judea, to Bethlehem the town of David, because he belonged to the house and line of David’ (Luke 2:1,3-4).

So begins the birth narrative of Jesus from the Gospel of Luke, naming Caesar Augustus, one of the most famous of all Roman emperors, and also naming the towns of Nazareth and Bethlehem. Jesus was born to a poor Jewish family who came from the north country of Judea, and because of their poverty, there’s no direct archaeology about his birth. But interesting discoveries have been made in archaeological digs which tell us about Bethlehem, Nazareth, and King Herod, the villain of the birth stories of Jesus.

Bethlehem – In May 2012, the Israel Antiquities Authority announced the discovery of a bulla (a tiny clay seal, pictured above) which mentions Bethlehem, the city of David and the birthplace of Jesus. The report said: ‘The first ancient artifact constituting tangible evidence of the existence of the city of Bethlehem, which is mentioned in the Bible, was recently discovered in Jerusalem.’

A bulla was used for sealing a document or a shipment of goods, such as wine or grain. The three lines of ancient Hebrew script stamped on the bulla read: ‘From the town of Bethlehem to the King’. Whatever was being sent, under the seal of the bulla, went from Bethlehem to a 7th century BCE king in Jerusalem. King David lived three centuries before that time, so the bulla is a link between the time of David, and the time of Jesus, who was said to be descended from David.

However, the evidence on the ground in Nazareth gives a good indication of the ancient date of the village.  One archaeologist who worked on the site was the Italian archaeologist and Catholic priest, Bellarmino Bagatti. His excavations in the 1950s established that Nazareth was no more than a small hamlet, which may explain why it was not mentioned in contemporary records.

In December 2009, archaeologists from the Israeli Antiquities Authority unearthed a house from 1st century Nazareth (seen above). According to excavation director Yardenna Alexandre: ‘The discovery… reveals for the very first time a house from the Jewish village of Nazareth and thereby sheds light on the way of life at the time of Jesus. The building that we found is small and modest and it is most likely typical of the dwellings in Nazareth in that period.’

Herod the Great – King Herod was the ruler of Judea in the decades leading up to the birth of Christ. Judea was then a province of the Roman Empire, and Herod was unexpectedly appointed its king in 40 BCE by the Roman senate. He ruled until his death in 4 BCE. His reign was marked by ambitious building projects, including Masada, the desert fortress overlooking the Dead Sea, and a colossal expansion of the Temple of Jerusalem. One of the retaining walls of the temple is today known as the Western Wall, the holiest site of Judaism, where people come to pray.

King Herod is probably most famous as the ruler who is said to have massacred young children in Bethlehem in his attempt to murder the infant Jesus. This story is told in an early chapter of the Gospel of Matthew. Herod’s jealous rage is stirred when he is asked, ‘Where is the one who has been born king of the Jews?’ This chimes with historical accounts which show that Herod was a ruthless ruler, executing his wife and three of his sons when he felt they threatened his position.

In 1996, Israeli Professor of Archaeology Ehud Netzer discovered in Masada a piece of broken pottery – an ostracon – marked with writing in ink. The fragment (pictured above) had Herod’s name on it and was part of a large jar, or amphora, which was probably used to carry wine. Archaeologists dated it to about the year 19 BCE. The inscription is in Latin and reads, ‘Herod the Great King of the Jews’. The fragment is the only inscription found to date which mentions the full title of King Herod.

Photos of the Bethlehem bulla and the house excavation in Nazareth: Israel Antiquities Authority