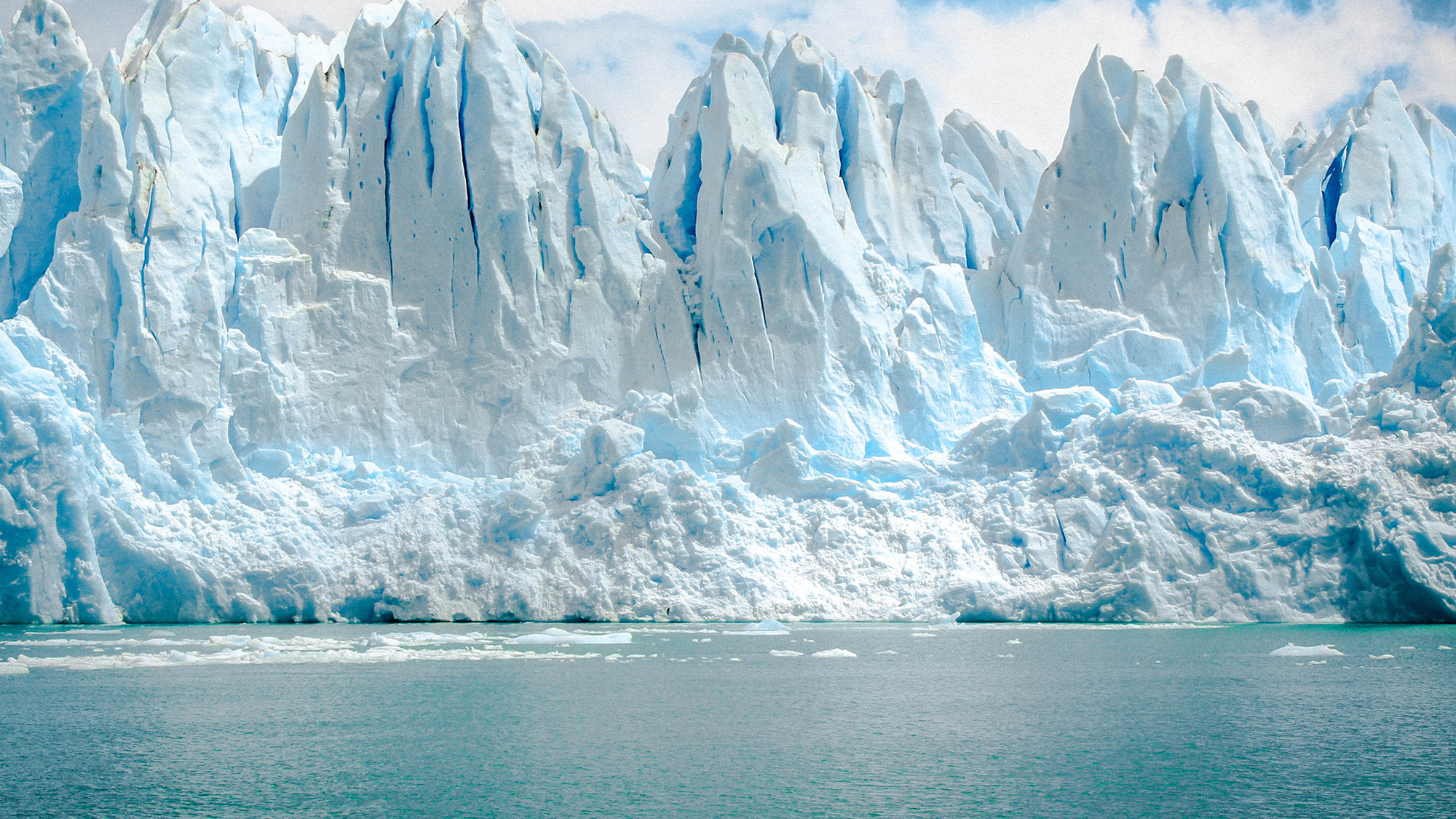 In 2009, Dr Mike Hulme, Professor of Human Geography at the University of Cambridge, found himself at the centre of a media storm known as Climategate. A leak of scientists’ emails, the majority of which belonging to four scientists, including Mike Hulme, led to the integrity of research into climate change being questioned. Ten years on, Mike Hulme talks to Nigel Bovey about that time, and the present scientific research into the impact humans are having on the physical environment.

Professor Hulme, what was Climategate?

Climategate was a controversy that erupted in November 2009 just before the UN climate change conference in Copenhagen. It involved the publication of professional email exchanges between a group of climate scientists, including several who worked with me at the time at the University of East Anglia. The controversy was concerned with whether this particular group of scientists were being unethical in the reporting of their findings and, more broadly, the claim that all climate scientists – and science – were tainted.

The emails revealed the very human way in which scientists talk with each other. Scientists are humans. They’re not automata.

Science itself is a human social practice and so it displays pretty much all the characteristics of social life. Scientists express opinions in casual words. Some of the language you use with trusted colleagues in casual emails or conversation is not guarded language.

There was a widely reported phrase: ‘We will use Mike’s trick in Nature to hide the decline.’ At face value, that sounds suspicious. What is this trick? What is this nefarious practice? What decline of temperature are they trying to hide?

So you’ve got to deconstruct that to understand what was going on. There was no trickery in terms of deceit. But Climategate changed the public perception of climate science.

Your emails were among those hacked and published. What did that feel like?

I wasn’t accused in the way that three or four of my colleagues were, but it was uncomfortable to see 10 years’ worth of emails appear in public. It was also instructive. It showed that the pursuit of scientific knowledge is not pure; it gets tainted by human fallibilities.

That sounds a bit suspicious. What do you mean?

There is a public perception of science that is a bit like a Ladybird Book understanding of science. Somehow, there is this perfect machine of objective inquiry that moves inextricably towards the truth, the whole truth and nothing but the truth.

Science is not like that. Personalities, personal ambition, glory, jealousies and vendettas get in the way of objective scientific truth-seeking. These things are everywhere; why wouldn’t they be within the scientific community?

Climategate opened the lid on the rough and tumble of science politics. The reason it was a controversy was because so much had been staked on climate change. This was in the run-up to Copenhagen, the conference advertised to ‘save the world’.

To what extent did Climategate make the world sceptical about global warming?

The very word suggests that climate scientists were involved in malpractice. For some observers, it showed that the whole machinery of climate science had been corrupted for the sake of zealous environmentalists who would let nothing stand in the way of their own ideology.

Ten years on, the heat has gone out of the crude argument that humans do not change the climate system. The fact of global warming due to human activity is more widely accepted. These days, the argument is not so much whether our use of fossil carbon is affecting the climate, but to what extent it is doing so.

The range of warming could be between 1C and 4C. The rise of sea level could be between 20cm and 2m. Science cannot easily narrow that down. The debate is now about how big a priority governments regard the tackling of climate change.

How seriously should we take the idea that the climate is changing because of human activity?

Some of the early scientific work pointed to the ways in which human activity was altering the climate system. In the past 30 years, that knowledge has increased. Climate change is a real, physical phenomenon that we should take very seriously, as it raises some difficult questions about the future quality of life.

Everybody will be affected in some way. Climate change is more challenging for developing countries. Some of the changes will bring new opportunities. For example, a warming climate in northern Canada opens the way for new agriculture on land that was previously too cold to cultivate. The melting of Arctic sea ice is changing the maritime trading routes.

So there are some benefits to raised temperatures?

Yes. For example, melting ice around the fringes of Greenland is revealing new possibilities for mineral extraction. Many of those rare minerals are essential for energy and electronic technologies. But any benefits will be unequally divided. The challenge will be how society responds to those inequalities.

Can global warming be reversed, or is it too late?

There is no foreseeable horizon when we can stabilise rising sea levels or reverse global warming.

The 2016 Paris agreement set out a goal of no more than 2C rise in global temperature above the pre-industrial levels. Within the next 50 years, we will likely reach that limit. But for much of the next two or three centuries the planet will continue to warm.

The question is how rapid the rate of that change will be. That’s where science is still a bit hazy.

The idea that ‘science is a bit hazy’ fuels the argument of critics who claim that the science is false. How do you respond to such accusations?

The science is reasonably robust to suggest that there clearly is a significant warming influence through human activities. Sometimes scientists and commentators have ‘over-claimed’ the finding of climate models. But scientific models are tools; they are not truth machines.

A lot of my earlier work was spent working with the output of models and figuring out the usefulness of the information and how to capture the uncertainties. If, for example, we tell a coastal defence planner in the Netherlands that in 50 years sea levels will likely rise between 10cm and 60cm, how do they respond? How high should they build their defences and where?

The big challenge in climate change science is not eradicating – or even reducing – uncertainty; it is how to make the right decision in the face of uncertainty. That’s why we find different sectors of the economy and different countries dealing with climate risk in different ways.

So, the Dutch will defend against rising sea levels because they have the technology, experience and wealth to do so. In a country such as Bangladesh, it is much harder. Consequently, they have to find other ways of responding.

To what extent does your work interact with your faith?

My science and career are inseparable from who I am. My faith is similarly integral to who I am. I am a Christian. My understanding of Christian teaching and ethics shapes the way I think about everything.

Was the Christian idea that the world is God’s creation a factor in your career choice?

No, it was more serendipitous. I liked geography and the way in which climate and weather interact with societies.

When I started, climate change was not a big deal. As it has moved more to the forefront, my faith has caused me to investigate some of the deeper, metaphysical questions, such as: What do we mean by progress? How do ethics develop? What is the point of humans living on this planet?

You can’t have a credible approach to dealing with climate change without articulating some answers to those bigger questions, because it isn’t just a neat, clean, technical incision that’s needed to stop climate change.

What are the guiding principles that lead you into those concerns beyond temperatures and timescales?

One is the question around the limits of human agency and the ethical responsibilities we have to the nonhuman. At one level, Christian teaching says that God is sovereign. On another level, God has endowed creation with degrees of freedom. With this God-given openness, independence and autonomy, humankind has a responsibility to act ethically. And it must do so in the context of there being a sovereign God who not only has an overview of how the whole universe operates but also works within the greater scales of time and eternity.

My Christian world view also asks questions about the nature of the relationships we have with people of other cultures. For example, some peoples don’t talk about climate change in terms of temperatures but in terms of a dislocation between humankind and the physical world.

That resonates with the way I see Christian ethics – there are moral relationships that are wired into how the world is and how we should react to it. That holistic understanding of connectivity is something that science doesn’t do very well but indigenous cosmologies and the Christian world view do.

What convinces you about the veracity and credibility of Jesus?

Jesus as a historical character is incontrovertible. There’s evidence in the Christian scriptures and in contemporary writings about this charismatic figure in Palestine and his interactions with Jewish and Roman authorities. The resurrection of Jesus is the crunch point for Christians. The whole Christian faith hinges on this and the claim that Jesus is divine.

I grew up in a Christian family and absorbed some of these beliefs intuitively or unquestioningly. As a student, I interrogated the evidence by trying to figure out what other credible explanations there could be for the phenomenon of the early Christian movement.

I looked at the resurrection. If Jesus didn’t come back to life, as the early believers claimed, then something else must have happened. I measured those alternatives against the claim that he rose from the dead. I concluded that what was most credible was that he did, indeed, rise from the dead.

The other possibilities just do not give an adequate explanation for the emergence of this new religious community in a hostile environment, where it would have been easy to have been crushed if the Jewish authorities and the Romans could have proved the resurrection was false.

I might be delusional. Well, possibly. But that’s not my intellectual conviction. Nor is it my personal conviction or experience. As I move through life, I have found that there is a more powerful spiritual dimension to the claims of Christianity. They transcend the idea that Jesus was merely a person of history.

This interview was conducted by Nigel Bovey and first appeared in The War Cry. It is used here with permission. ©The Salvation Army 2019