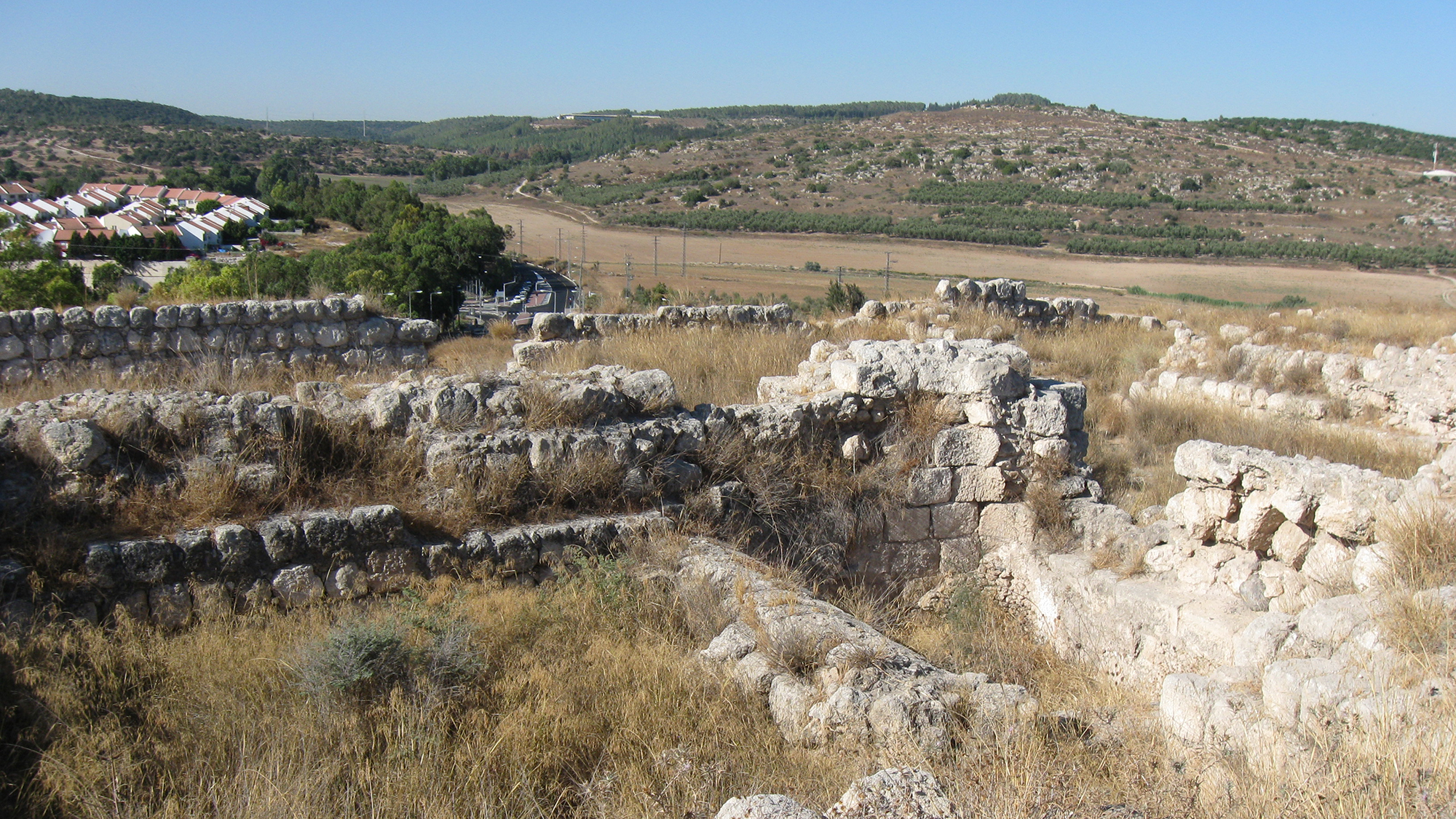 A large stone slab has been unearthed by archaeologists in a town near Jerusalem, which may have once served as the resting place of the lost ark of the covenant, the Israeli newspaper Haaretz reports. The stone, which is the size of a table, was found inside a 3,000 year-old square building that experts believe to have been a temple, in the ancient settlement of Beth Shemesh, that is now the modern town of Beit Shemesh, 20km from Jerusalem.

One of the leaders of the dig, Dr Zvi Lederman of Tel Aviv University, says, ‘This would be a rare case in which we can merge the biblical narrative with an archaeological find.’

The unearthed building is a perfect square, its corners aligning with the points of the compass, and it opens onto a platform facing east which was used for religious ceremonies. All of which has led archaeologists to believe that this is a temple from the 12th century BC. And yet the temple was later destroyed and its contents smashed, before finally being covered in heaps of animal dung. The archaeological team had to dig through this layer to uncover the temple and its stone slab.

Lederman told Haaretz: ‘Very shortly after it was destroyed, the entire place was turned into an animal pen. To me this is an act of hostility, an intentional desecration of a holy place.’

Trying to make sense of a building that was first revered and then reviled, experts have pointed to the fact that Beth Shemesh was once on the contested borderland between the ancient Israelites and their implacable enemies, the Philistines. Modern archaeology in the area has revealed several villages that were conquered, destroyed and rebuilt as the frontier shifted.

The biblical account of the ark of the covenant seems to fit into this unstable and violent history. The ark was a wooden chest believed to date back to the time of Moses, containing the Ten Commandments, and was the most holy object in Israelite religion. In the story told in the book of 1 Samuel, the ark was captured in battle by the Philistines, but brought only terror and panic, as it seemed to cause sinister and unexplained death wherever it went. Eventually, the Philistines returned the ark to the Israelites on a cart:

‘Now the people of Beth-shemesh were reaping their wheat harvest in the valley. When they looked up and saw the ark, they went with rejoicing to meet it. The cart came into the field of Joshua of Beth-shemesh, and stopped there. A large stone was there; so they split up the wood of the cart and offered the cows as a burnt offering to the Lord. The Levites took down the ark of the Lord and the box that was beside it, in which were the gold objects, and set them upon the large stone. Then the people of Beth-shemesh offered burnt offerings and presented sacrifices on that day to the Lord’ (1 Samuel 6:13-16).

The ark later left Beth Shemesh and was taken to Jerusalem, but experts argue that the stone on which it had rested became revered by the local people, who built the temple around it. But then, at a later date, the town was captured by the Philistines, who desecrated the building, which remained buried and forgotten until being unearthed after three millennia.

It’s an intriguing discovery and story, and raises questions about how much of a role genuinely historical memory played in the writing of the Bible. If there is a correlation between the unearthed stone slab and the story of the ark in 1 Samuel, it suggests that reliable memory may extend further into the past than mainsteam opinion currently allows.

Read the full story at Haaretz: ‘Bible-era Temple Found Near Jerusalem May Be Linked to Ark of the Covenant’.