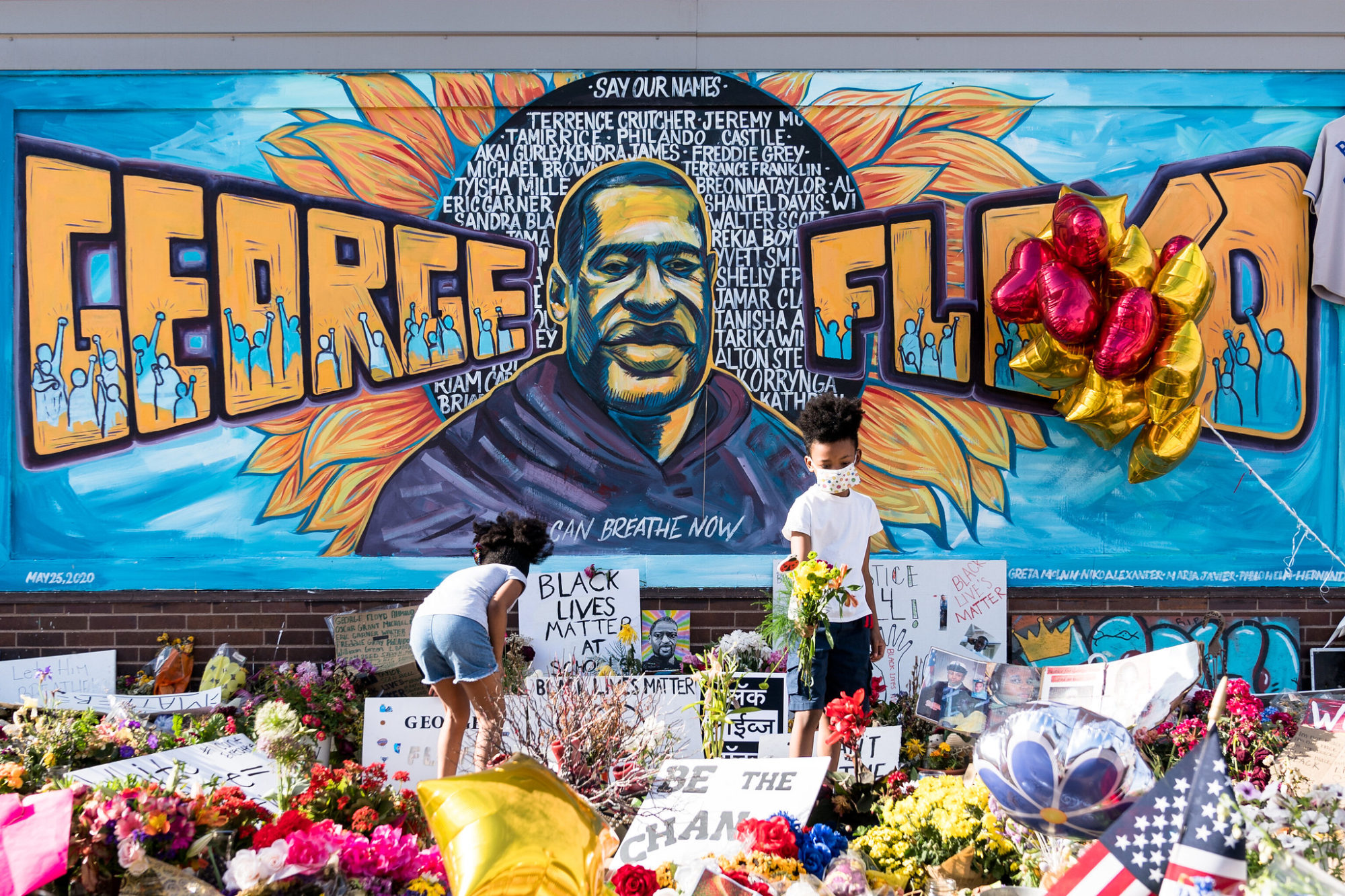 The death of George Floyd, killed on 25 May when a white police officer knelt on his neck for almost nine minutes during an arrest in Minneapolis, has triggered global protest not only about his death, but at police violence against black people. His final words, ‘I can’t breathe’, have been taken up by people around the world, agitating for radical change to the way western societies discriminate against people based on race.

Since his shocking death, the details of Floyd’s life story, and his Christian faith, have emerged as his friends and family have spoken to the media and posted on social media. This testimony came together at his funeral in a Houston megachurch, Fountain of Praise, which included traditional hymns, gospel songs, protest anthems and laments for a life cut short. ‘The homegoing service for George Floyd reflected the Christian landscape of his hometown and the rich legacy of gospel music in the black church,’ said a report published by Christianity Today magazine.

Al Sharpton, the civil rights leader and Baptist minister, delivered the eulogy, and said, ‘God took an ordinary brother, from the Third Ward, from the housing projects—the stone that the builder had rejected … and made him the cornerstone of a movement.’

His words were a reminder that Floyd was brought up in the tough Third Ward of Houston, Texas, one of the most deprived areas of the city. At different times he played exhibition basketball, performed as a rapper and worked as a bouncer and a truck driver. But he was also arrested for possession of drugs and served time in prison for robbery with a deadly weapon. Following his release, he seems to have recommitted himself to his faith, working with young people on drug rehabilitation and job placements.

An appreciative article, ‘George Floyd Left a Gospel Legacy in Houston’, spoke of his work among young people: ‘The rest of the country knows George Floyd from several minutes of cell phone footage captured during his final hours. But in Houston’s Third Ward, they know Floyd for how he lived for decades – a mentor to a generation of young men and a “person of peace” ushering ministries into the area. Floyd spoke of breaking the cycle of violence he saw among young people and used his influence to bring outside ministries to the area to do discipleship and outreach.’

A Houston friend of Floyd’s, Nijalon Dunn, shared photographs of him on Instagram and wrote: ‘Big Floyd put his arm around me, embraced me in 3rd Ward, treated me like family and made sure he came to see me get baptized in Cuney. To watch him laying on the ground being suffocated by the police, repeating the exact words of Eric Gardner “I can’t breathe” took my breath. My heart and actions are with 3rd Ward during this time. I’m grateful for a God who is near the broken hearted and the crushed in spirit.’

An article in Premier Christianity magazine, ‘The Christian Faith of George Floyd’, acknowledged the autopsy report which said Floyd had the drug fentanyl in his system at the time he died, and that he had recently used methamphetamine.

‘His story highlights his love and concern for others, the difficulties of his community, and the challenges of a person coming to faith who has a drug dependency. Many are now hoping his death will bring about lasting change.’

The place where Floyd was killed, outside a convenience store in Minneapolis, has become a shrine, and hundreds of people continue to gather there not for protest, but for prayer.

In a report by CBN News, a preacher led the many people gathered in prayer and reflection. He said, ‘This sacred moment is a time to reflect, pray, grieve, and mourn. There is so much pain that has come from this place, on these streets, that got across the world. We’re going to see healing come to these streets and to our nation.’

The report concludes: ‘Those who joined the prayer meeting at the George Floyd memorial site were encouraged to remain silent for 20 minutes in honor of Floyd. Supporters were asked to stand near someone of a different race or background in an effort to learn more about one another. “When we get to the place of understanding, we begin to see. When we begin to see, we begin to change,” the preacher concluded.’

Photo of the street memorial in Minneapolis, Minnesota, where Floyd was killed: Lorie Shaull under CC BY-SA 2.0