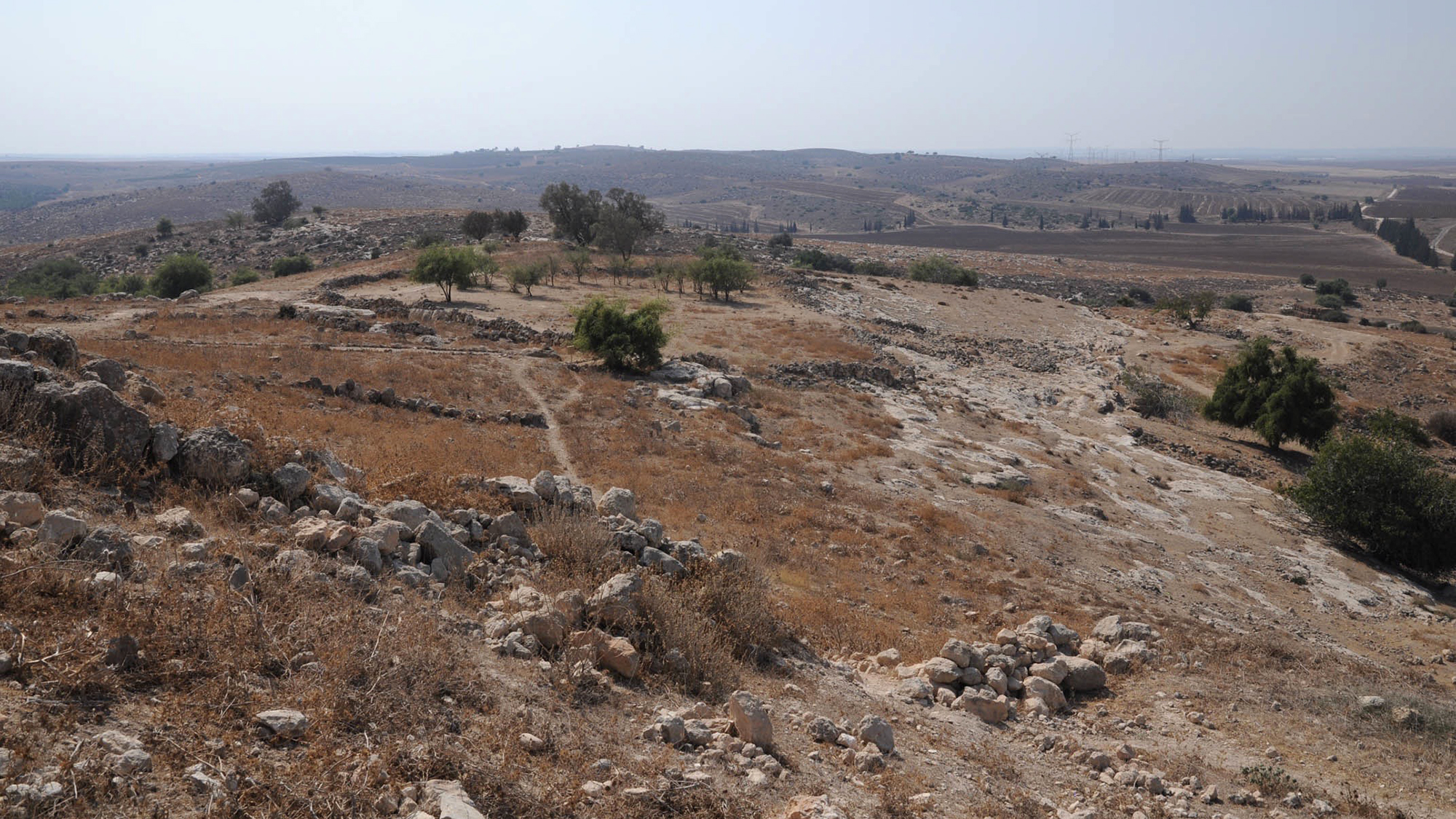 The story of David and Goliath is so familiar in the English-speaking world that it’s regularly used in media headlines and everyday speech whenever someone triumphs despite the odds being stacked against them. In the original story in the Old Testament, David, a young shepherd boy armed only with a stone in a sling, defeats Goliath, a giant Philistine soldier dressed in battle armour and carrying a deadly spear with a metal blade.

The town of Gath, once the hometown of Goliath and which is now in Israel, has been in the news recently. Among the ancient ruins in what is now Tell es-Safi, archaeologists have recently unearthed an arrowhead made of bone (above), which provides a good match for another account in the Hebrew Bible, in which Gath was besieged and then destroyed by an invading king and his army. It seems that during the siege, the weapon-makers of Gath ran out of bronze and iron to manufacture arrowheads, and urgently had to start producing them in bone instead, in order to resist the attack.

The biblical account of the siege (in the book of 2 Kings) tells how King Hazael, ruler of a kingdom called Aram, finally conquered Gath as part of a military campaign in the region: ‘About this time Hazael king of Aram went up and attacked Gath and captured it. Then he turned to attack Jerusalem.’ But the king of Jerusalem paid him off lavishly, with gifts of gold, and Hazael then called off the attack.

Carbon-14 dating of the objects found among the massive destruction of Gath have been dated to about 830 BCE, which archaeologists think corresponds to Hazael’s military campaign described in the Bible. Professor Aren Maeir, who has directed the dig at Gath since 1986, is quoted in the Jerusalem Post saying, ’From the analysis of who were the players in this region at the time, the most logical explanation is that this destruction was part of Hazael’s campaigns in various parts of the Levant.’

Some 300 metres from the street where the arrowhead was found, archaeologists also discovered a weapons workshop. Among the ruins were arrowheads in various stages of production, from the raw materials of cattle bones, through to almost-complete arrows. The arrowhead itself has a fracture close to the point, which suggests that it found its target in the street where it fell. It provides silent testimony to the violent times of the Old Testament, and to the accuracy of the writer of the book of 2 Kings.