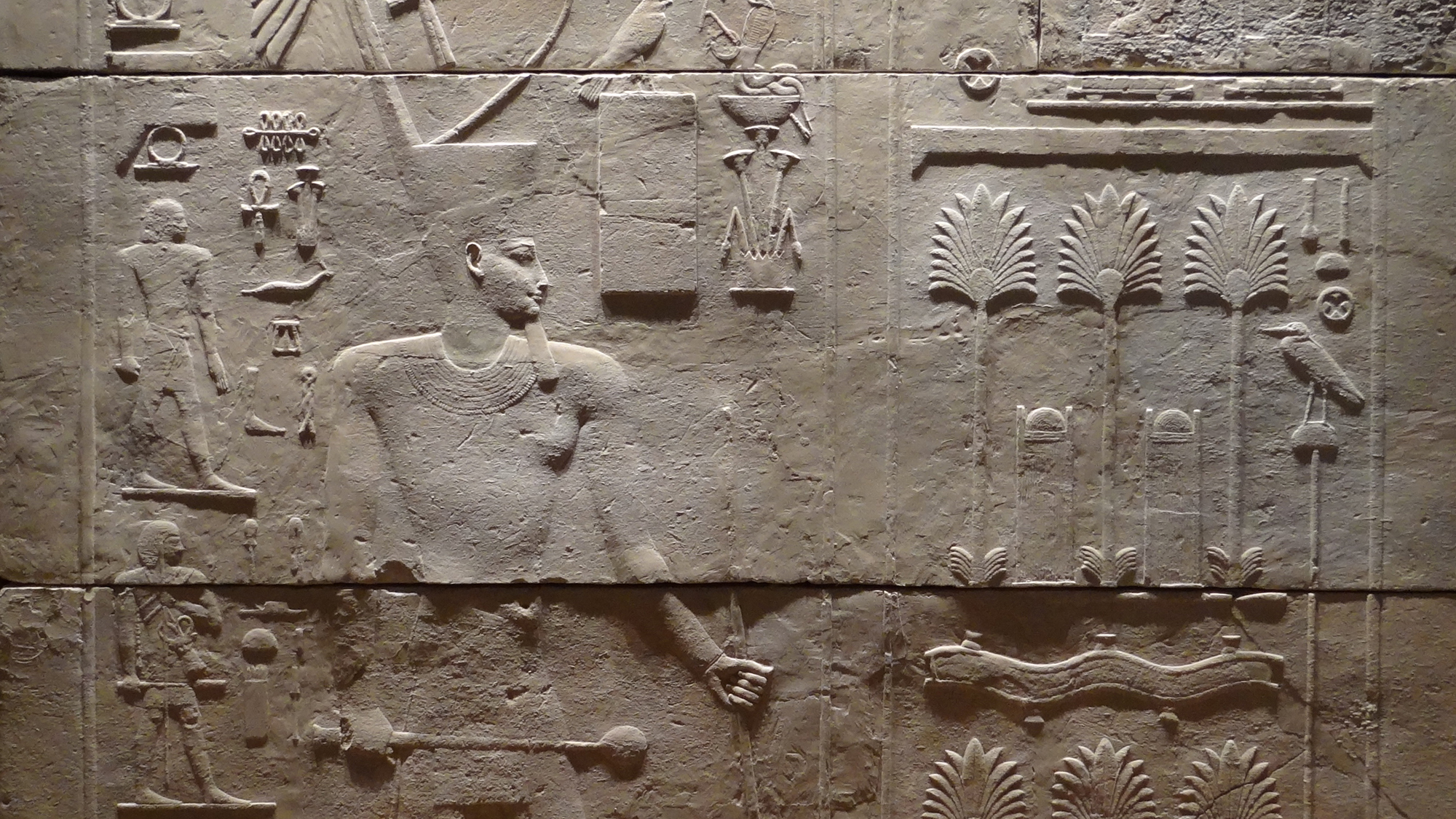 A farmer digging his land near Ismailia, a city next to the Suez Canal in northeastern Egypt, has recently unearthed a stele (a monumental stone) from the reign of an ancient Egyptian pharaoh. The stele, which would stand 2.3 metres tall when raised, and which is 2,600 years old, is thought to record the military exploits of Pharaoh Hophra, also known as Apries (pictured above), who ruled Egypt for 19 years between 589 and 570 BCE.

The stele is especially interesting because Hophra makes a fleeting appearance in one of the most traumatic moments of drama in the Old Testament, when the city of Jerusalem fell to the Babylonians, one of the regional superpowers of the day. The prophet Jeremiah, who was present during the siege, records an episode when the Egyptians – the other great power – almost came to the rescue of Jerusalem:

‘Pharaoh’s army had marched out of Egypt, and when the Babylonians who were besieging Jerusalem heard the report about them, they withdrew from Jerusalem.’ Jeremiah 37:5

However, Hophra soon withdrew his army, possibly to avoid confrontation with Babylon, leaving Jerusalem and the Kingdom of Judea undefended. Two years later, in 587 or 586 BCE, Nebuchadnezzar II, the Babylonian king, razed the city, destroyed the Temple of Solomon, blinded King Zedekiah of Judea, and took him and his people into exile in Babylon. It was a watershed moment in the story of the Jewish people.

The stele is topped by a winged disc of the sun and a cartouche of the pharaoh, with 15 lines of hieroglyphics beneath. The text is now being translated in the Ismailia Museum, and it is hoped it will shed fresh light on Hophra’s military campaigns.

As for Hophra himself, he lost his throne when a section of the Egyptian army gave their support to one of his most successful generals, Amasis. It is thought Hophra was killed when he tried to regain power. Jeremiah, in a second passage on the pharaoh, seems to be speaking directly about the power struggle within Egypt which brought an end to Hophra’s reign.

‘This is what the Lord says: “I am going to deliver Pharaoh Hophra king of Egypt into the hands of his enemies who want to kill him, just as I gave Zedekiah king of Judah into the hands of Nebuchadnezzar king of Babylon, the enemy who wanted to kill him.’ Jeremiah 44:30